Research in the School of Humanities and Communication Arts

The School of Humanities and Communication Arts offers a vibrant research culture, with a distinguished record in publications, external grants and postgraduate completions.

Find out more about the research concentrations located within the School of Humanities and Communication Arts:

Counting on a diverse group of active researchers with research degrees, the School is able to offer Higher Degree by Research  supervision in a wide range of contemporary and traditional humanities and communication arts disciplines including: languages, linguistics, interpreting & translation and interdisciplinary research.

The diversity of disciplines within the humanities and communication arts fields allows researchers and students in the School to pursue their interests within a range of research clusters. These include:

The question that unites the diverse interest of this group of innovative researchers is the problem that has organised cutting edge thought for the past half century, namely, how can we understand the world as a text? This question aims to evade the traditional way of determining actions and thoughts according to cultural values that are supposed to be universal but which nevertheless remain disconnected from experience. By understanding text in the broadest possible sense, this approach puts forward the imperative to actively engage in reading, interpreting and thereby transforming cultural formations.

This methodological basis allows for a variety of interdisciplinary approaches. Indicatively, some researchers concentrate on the interactions between literary texts and theory (Peterson, Sim, Uhlmann), others on how feminism intersects with culture (Knox, Sim, Third), others focus on everyday social and cultural practices (Arvanitakis, Morgan, Rocha, Third), film as a cultural practice (Ling, Rutherford), and finally some interrogate how culture can be read as text from a philosophical perspective (Fleming, Vardoulakis). The strength of this grouping consists in a dynamic mix of shared principles and diverse practices that create exciting synergies.

Researchers in this transdisciplinary research concentration (Cohen, Reading, Rossiter, Salazar and Shumack) engage in the production of new design concepts and digital research methods. The focus is on collective research situated in urban and regional settings, enlisting both transnational and local partners in the research process.

Developing a catalogue of design strategies and conceptual models, the research concentration provides an experimental platform through which emergent research practices may be tested and refined. It opens new vectors of encounter in the research of material phenomena such as inter-modal logistical infrastructure in Western Sydney, sustainable urban ecologies, database structures and third sector digital media practices.

The research concentration undertakes a number of event related activities, including conferences, seminars, exhibitions, design studios, intensive teaching formats and collaborative fieldwork. An online journal, research blogs and an open access digital book series are among the publishing activities integrated into the research process to facilitate both the organisation of research and the formation of transnational partnerships.

The cluster provides an important mentoring role and experiential framework for post-graduate students by involving them as co-researchers in new and established international projects. Similarly, the research concentration supports staff who are early career researchers within design and communications.

Film, television and digital media are integral to almost every aspect of contemporary life. Through scholarly studies of cinema and television in their social and aesthetic contexts  and the ongoing transformations of our cultural worlds through digital media, and through practice-based research in screen and digital media production and media arts, scholars in this field seek to understand and intervene in this dynamic contemporary field.

Film, television and digital media are an important research strength of Western Sydney University, ranked 3 (‘at world standard’) in the most recent Excellence in Research Australia (ERA) ranking (2018).

Research in film, television and digital media at Western specialises in both scholarly research and practice-based research including in the following areas:

The School has a number of historians, whose research interests cover a range of areas, temporally, geographically and intellectually. Visit our website History at Western Sydney University for information about people, publications and events.

Why study Islam? Islam is the second-largest and the fastest-growing religion in the world and by 2050, according to Pew Research Center, Islam will be the world’s largest religion. Currently, there are about 1.8 billion Muslims worldwide, comprising 24.1% of the global population but only 18% of the Muslim community resides in the Arab world where Islam was born.  Whilst the world's largest Muslim community per capita lives in Indonesia, Muslims can be found living in each of the world’s 232 countries and territories. In Australia Muslims account for 2.2% of Australian population and they come from 163 countries from around the globe. This accounts for both difference and diversity as the subject of the academic study Islam.

Islamic Studies is unique in that it is a multi-disciplinary field of study wherein academics draw on diverse approaches from such disciplines as sociology, anthropology, history, philosophy, phenomenology, law, and philology, along with other cognate Area Studies such as Religious Studies, International Relations, and the Middle East Studies.

At Western, Islamic Studies members of academic staff have established a culture of teaching and research that is at the cutting edge among top-tiered institutions in Australia with research-led teaching and a critical-reflective approach, having due regard for the lived realities of religious life.

Students should consider the study of Islam to gain in-depth knowledge of the past and present aspects of its history, society, religion, culture, and politics.

At Western, Islamic Studies is led by a vibrant team of scholars in the field specialising in a variety of approaches to the study of Islam. Leading members of Islamic Studies at WSU are:

Dr Jan A. Ali, Senior Lecturer,  is a Religious Sociologist specialising in Islam. He is an expert in Islam and Modernity and his area of research focuses on the study of existential Islam. He is also the resident Community and Research Analyst.

Dr Milad Milani, Senior Lecturer, is a Religious Studies scholar specialising in Sufism and Islamic history. His research explores how the past is read in the present using paradigms of historical and philosophical investigation.

Students can take Islamic Studies as a Major or a Minor.  To complete a Major in Islamic Studies, students are required to successfully complete 80 credit points from the units listed below, with no less than three Level 3 units.

102184.1: History of Muslim Civilisations and Ideas

102494.1: Mystical Islam: The Emergence of Sufism in the World History

Language underpins our thoughts, expresses our identity, and integrates us into social networks. Search for the unconscious knowledge that supports these language behaviours is the central focus of linguistics. Through fieldwork on individual languages, analysis of speech and language corpora, laboratory experiments, and the development of theoretical and computational models, researchers at Western Sydney study language from a range of perspectives. Linguistics is a research strength of Western Sydney, ranked 4 (“above world standard” in the most recent Excellence in Research Australia (ERA) ranking (2018).

Research in linguistics at Western specialises in the following areas:

The linguistics community at Western includes staff in the School of Humanities and Communication Arts and also in the Speech and Language research program of the MARCS Institute for Brain, Behaviour and Development (https://www.westernsydney.edu.au/marcs). BA majors, Honours degrees, and sub-majors in linguistics are offered by the School of Humanities and Communication Arts. PhD degrees in linguistics can be pursued in the School and at the MARCS Institute.

Music has a concentration of highly productive researchers and a large cohort of post-graduate candidates who explore music in the twentieth and twenty-first centuries through practice, theory and applied research.  The dynamic character of the research in Music arises from its disciplinary and transdisciplinary approaches to the study of music and collective research strengths see staff working across several research modes.

The vibrant research culture of music is united around the common purpose of delivering high quality research.  To this end research outcomes are often brought together through projects, festivals and CDs which draw on the works of staff and students, combined with musicological publications through traditional and non-traditional research writings.

Recent appointments in the School in Political Science have greatly enhanced what was already a significant research concentration, particularly in the field of Asian Studies and International Relations (Bowden, Fung, Horesh, Graham, Drakeley, Mauch, Snodgrass,  Walton ). With an ideal blend of long-established leaders in the field, highly productive mid-career researchers and a number of outstanding Early Career Researchers, and with further appointments to be made, the School can lay claim to considerable expertise and legitimate international standing in the field of Asian Studies and International Relations. These research strengths in Asian Studies and International Relations are nicely complemented by colleagues in the Historical Studies research concentration where there is considerable expertise in diplomatic history, particularly in the greater Asian region. The School also has a number of very promising researchers in political theory, political philosophy and applied ethics (Alberts, Barbour, Bowden, Burchell, Fleming, Hadley, Vardoulakis). 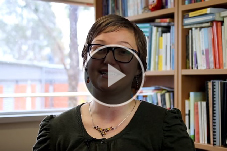 Young Universities in the World

Universities in the world

Teacher of the year