Contemporary arts and culture exchange between Australia and China started with the re-establishment of diplomatic relations between the two countries in 1972. Since then, writers, artists, scholars, academics, translators, journalists and diplomats by the hundreds from both sides have been involved to help and contribute to development in the area. Some four and a half decades and more than two generations later, the two countries have now behind them a treasure house of experiences to draw from and lots of wisdom to use for future. For this reason, an Annual Address on Australia-China arts and culture was created at this Institute. 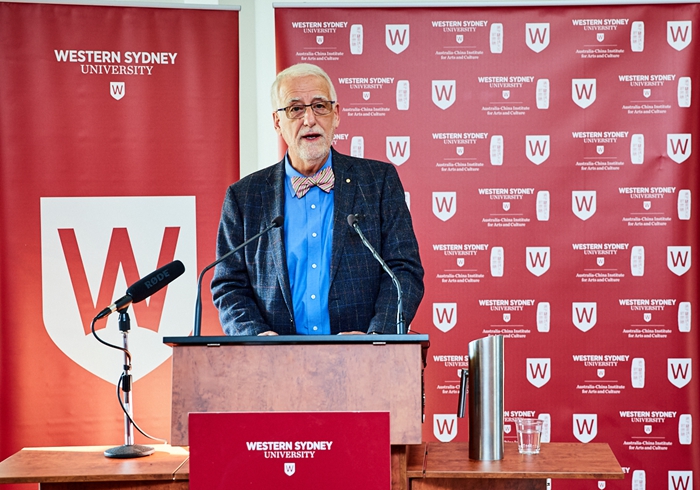 On 10 April, 2019, ACIAC had its Adjunct Professor Carrillo Gantner AC in to kick off the series with his inaugural lecture, “Hugging Bears”. Professor Gantner was the Cultural Counsellor at the Australian Embassy in Beijing from 1985 to 1987. He served as Chairman of the Asialink Centre at the University of Melbourne from 1992 to 2005, and was a founding Advisory Board member for The Centre of China in the World at ANU from 2011 to 2013. He was the President of the Myer Foundation from 2005 to 2009 and has been the Chairman of Sydney Myer Fund since 2004. He is also the founder of the new Asia Pacific Triennial of Performing Arts (‘Asia TOPA’) in Melbourne. For decades, Professor Gantner has been working to promote arts and cultural exchange between Australia and its neighbouring countries in Asia, particularly China. In 2014, he was awarded “The Cultural Exchange Award” by the Chinese Ministry of Culture for his outstanding contributions to China’s cultural communication with the world. Professor Gantner has written for various journals and other publications, always working to enhance Australia’s reputation as a constructive partner in the Asia Pacific. In 2019, he was appointed to a Companion in the Order of Australia. 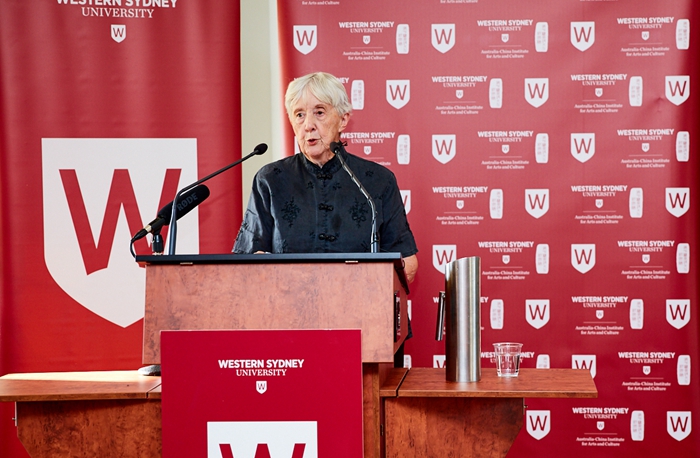 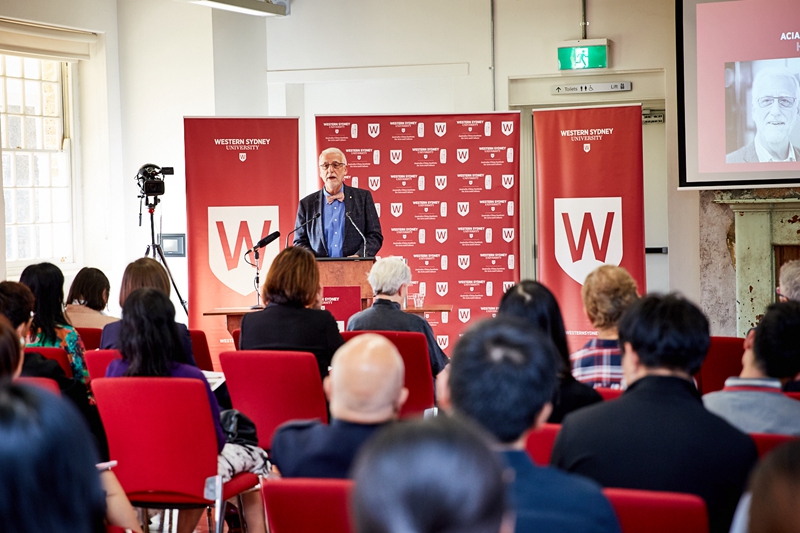 Professor Carrillo Gantner began by drawing attention to the fact that the history of Australia-China relations dated back way beyond 1972 to the times of the Nationalist era and to the times of the Gold Rush. Speaking about his initial involvement in the cultural exchange between Australia and China, he said, “I first went to China in February 1977, just after ‘the smashing and renunciation of the Gang of Four’”. He then recalled how, at a time when the eight Model Operas (The Red Detachment of Women being one of them) remained the Harry Potter of most Chinese children, he and a group of committed Australian theatre artists tried to break the ice and open up the communication and collaboration by first taking their Australian professionals to China and then bringing Chinese colleagues back to Australia. While serving as Australia’s Cultural Counsellor in Beijing, he continued to build on his expertise and support collaborations in performing arts between the two countries. Professor Gantner recounted a few “adventures” in China including accepting an invitation by Mr Huang Zuolin to direct an Australian play in Shanghai in 1986, travelling with Gough Whitlam in China while the latter was the Chairman of the Australia-China Council in 1987, participating in the extended and tortuous negotiations about the loaning of two giant pandas to Australia in 1988. Through these China experiences, he felt himself learning the difficulty first hand of working with another country and its culture such as China. Professor Gantner concluded with some comments on the importance of cultural diplomacy. He regretted some of the decisions that had been made by recent Australian governments in the scrapping of its cultural diplomacy programs because he believed that “artists make great ambassadors because they speak the language of the heart, their focus is not transactional and intent on personal or corporate profit, their currency is our common shared humanity.” Professor Gantner was not bothered by the much-touted theory of foreign cultural influence. To him, it only means that in the future, “we will enjoy a rich culture that still draws its primary sources from Europe, from English classics such as Chaucer, Shakespeare and the King James Bible, but now enriched with other colours and textures from Chinese and Indian cultures and classics, the Peony Pavilion, and Dream of the Red Mansion, the Ramayana and the Mahabharata.” Professor Gantner’s lecture found a lot of resonance among the audience and gave a lot of food for thought. Professor Jocelyn Chey responded with some comments on the importance of average people and their small and everyday undertakings as contributors to culture and the importance of a two-way understanding of globalization in inter-cultural relations. She also spoke about ACIAC’s Master of Chinese Cultural Relations program that promises to offer comprehensive training to our future cultural navigators between Australia and China. The audience responded to the lecture with questions on current Australian government’s attitude towards China, occasional Australian outcries about Chinese influence and interference, the place of language education in Australia’s cultural relationship with China, and the value of the newly established National Foundation of Australia-China Relations and its increased budget. Professor Gantner dismissed some of these happenings as less sensible than they should be, and he called for genuine vision in bilateral relations.