On 2 December 1972 the Australian Labor Party won its first national election in 23 years and Gough Whitlam became the Prime Minister. On 21 December the Whitlam government recognised the People’s Republic of China and established the diplomatic relations with China. Dr Stephen FitzGerald was appointed by Gough Whitlam, who was also the Minister for Foreign Affairs, the first Australian Ambassador to China. He was 34, an external appointee who had never run an embassy. He was appointed because he was a China specialist.

Dr Stephen FitzGerald was born in 1938 in Hobart, Tasmania, where, growing up, he “didn’t know a single Asian person” until he went to university in 1957. At the University of Tasmania, he took George Wilson’s history course on Asia, the first of its kind in Australia. In 1961 Stephen joined the Department of External Affairs where he was asked to learn Chinese when he didn’t know anyone who spoke Chinese. After studying for a year at the RAAF School of Languages at Point Cook and receiving his diploma of Chinese language, Stephen was sent to the Language School at the University of Hong Kong. The school was set up at the behest of the British government which had had diplomatic relations with China since 1949 to train its foreign office and defence officials as well as officials from Commonwealth countries. While in Hong Kong, he made his first and fleeting trip to the forbidden mainland China in December 1964 on a small freighter run by a Norwegian shipping line and visited Shanghai. The first-hand glimpse of Shanghai, fleeting as it was, further motivated Stephen to become a dedicated China specialist. While in Hong Kong, Stephen also made two trips to Taiwan where he met the 78-year-old Chiang Kai-shek and his wife Soong Mei-ling.

Deeply disaffected with the Coalition government’s China policy and Vietnam policy, Stephen left the Department of External Affairs in 1966 and commenced his PhD studies at the Australian National University on contemporary China and its relations with overseas Chinese. As a part of his research, he went to Hong Kong again in July 1967. From there, in January 1968, at the height of the Cultural Revolution, Stephen joined a group of 56 Australian and New Zealand students for a three-week tour in China organised by the National Union of Australian University Students and had a most surreal journey across China, including a “Lord of the Flies” experience in which the group was surrounded by Red Guards.

Upon receiving his PhD, Stephen became a research fellow at the Department of Far Eastern History at ANU in 1969. Whitlam, the leader of Australian Labor Party in opposition, was an advocate of recognition of China and wanted to visit China before the election. On 10 April 1971, three days before Whitlam’s cable was sent to Chinese Premier Zhou Enlai seeking an invitation, the US table tennis team and a group of American journalists arrived in Beijing, breaking a 22-year freeze in US-China relations. In July 1971 Dr FitzGerald was invited to join the delegation led by Whitlam as China advisor to visit China. On 5 July Whitlam had the historic meeting with Zhou Enlai which defined Australia’s relationship with China for decades. Whitlam had his 55th birthday in China and Zhou Enlai ordered a birthday cake with his special wishes. On the day Whitlam arrived in Tokyo with Dr FitzGerald and the group still in China, it was announced that Henry Kissinger was in Beijing and President Nixon would visit China. The Australian Coalition government was kept in the dark about the Kissinger visit and hit by the Nixon announcement.

In April 1973 Dr FitzGerald and his family arrived in Beijing and on 24 April, he presented his letter of appointment to the acting President of China, Dong Biwu, the last living Chinese who had passed the old Imperial exams under the Qing Dynasty. On 31 October 1973 PM Gough Whitlam led a 70-member delegation to China, the first by an Australian Prime Minister in history. Dr FitzGerald was the only other person from Australian side present when Mao Zedong, unscheduled, received PM Gough Whitlam at Zhong Nan Hai.

My China Story conversation series aims to bring a deeper and wider understanding of the multifaceted and humanised China through sharing lived experiences and knowledge of China by public figures of Australians from a range of professions. This Special Edition features Dr Stephen FitzGerald AO, the first Australia’s Ambassador to China, in commemorating the 50th anniversary of diplomatic relations between Australia and China. Dr FitzGerald will share his many incredible and insightful stories from his decades of historical knowledge and lived experiences of China, Chinese culture, Chinese society and Chinese people.

The session will be held on Zoom Webinar to allow interstate and international participants. Registration is free but essential. 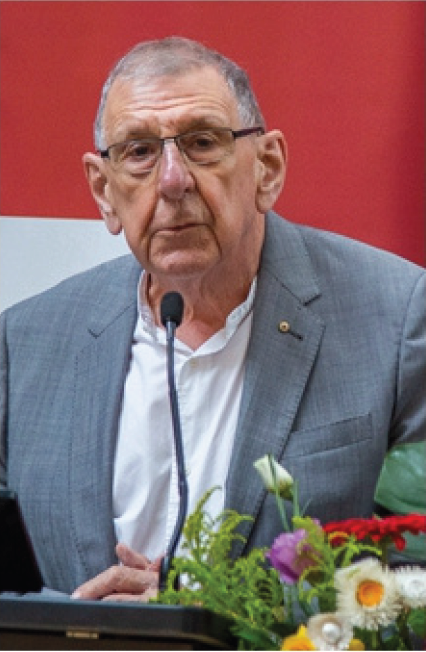 Dr Stephen FitzGerald AO was born and grew up in Tasmania. He received his BA Hons from University of Tasmania in 1961. He joined the Department of External Affairs in 1961 and was sent to study Chinese. He had a Diploma of Chinese Language from School of Languages at Point Cook in 1962 and a Diploma of Chinese Language and Literature from the University of Hong Kong in 1965. From 1966 to 1973 he was the Research Fellow at the Australian National University where he received his PhD in 1969.

In 1971, Dr FitzGerald, as China adviser to the then Labor Opposition Leader Gough Whitlam, was a key member of a political delegation to China. On 21 December 1972, the Australian government under the Prime Minister Gough Whitlam formally recognised and established diplomatic relations with the People's Republic of China. In 1973, Dr FitzGerald was appointed by the Prime Minister Gogh Whitlam the first Australia’s Ambassador to China, and from 1974 concurrently as the Ambassador of Australia to the Democratic People’s Republic of Korea.

After his ambassadorial appointment in 1976, Dr FitzGerald served in many key academic, government and non-government roles and positions, including being the Chairman of the Working Group to establish Australia-China Council from 1977 to 1978, then serving as the Deputy Chair of the Australia-China Council from 1979 to 1986. He chaired the committee of the Asian Studies Association of Australia which shaped the Association’s policy for Asian Studies and Languages in Australian education and subsequently served as the Chairman of the Asian Studies Council from 1986 to 1991. This Council wrote a strategy for Asia in Australian education. He subsequently founded the Asia-Australia Institute at UNSW, dedicated to making Australia part of the Asian region through think tank activities and ideas-generation by regional leaders meeting in regular forums in the region’s capitals.

Dr FitzGerald chaired the government’s Committee to Advise on Australia’s Immigration Policies, which wrote the landmark report, Immigration. A Commitment to Australia.

He has been advisor to the Federal and Northern Territory governments, and the governments of Australia, Britain, Denmark and others on governance-related aid in China and Southeast Asia.

Dr FitzGerald was made an Officer of the Order of Australia (AO) in 1984 in recognition of his outstanding contributions to international relations. He is an inaugural Fellow of the Australian Institute of International Affairs (FAIIA). He has received an Honorary Doctorate of Letters from the University of Tasmania and an Honorary Doctorate of Letters from Macquarie University.

Dr FitzGerald is currently the Chair of the Board of the Museum of Chinese in Australia (MOCA), Adjunct Professor at the Institute for Australian and Chinese Arts and Culture and Distinguished Fellow at the Whitlam Institute, both at Western Sydney University, and a Board Member of China Matters, an Australian policy institute established in 2014 to inform public and elite opinions and recommend solid Australian policy on the complexities of Australia’s relationship with China. 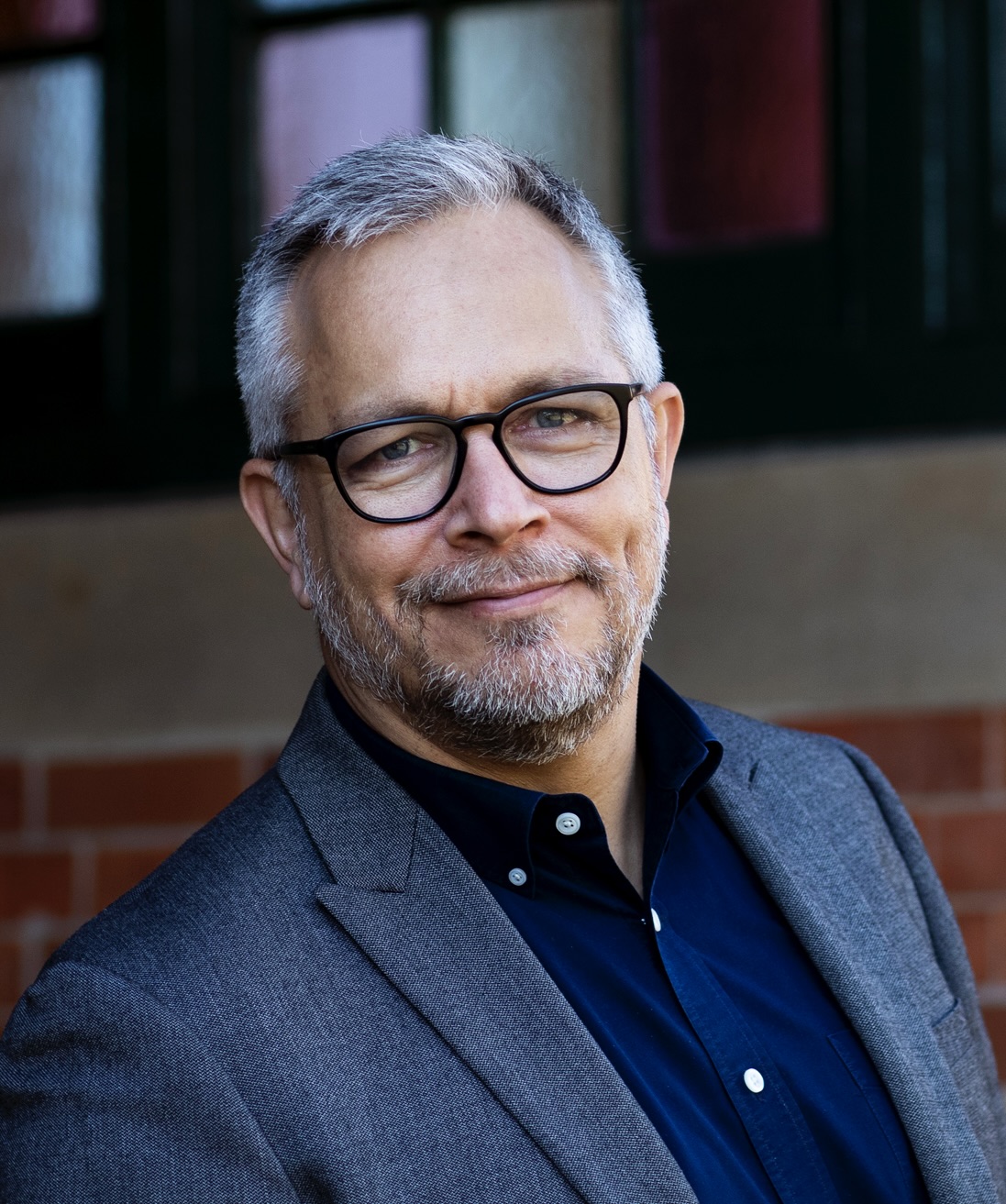