The Institute for Australian and Chinese Arts and Culture (IAC) proudly presents another special art exhibition: A Lyrical Language, by award-winning Chinese Australian artist Wang Lan. The exhibition reflects the creative journey of an artist who grew up in China and later migrated to Australia. Her artistic journey is divided into three periods. The first part shows her works created in China; the second part includes the works created during 1991 to 2001, the first ten years of her moving to Australia when she was caught in the middle of juggling between two cultures; and the last part reveals her pursuit of an unified inner world of life and nature.

Lan Wang was born in Beijing in 1953. At the age of sixteen, she was sent down to the countryside in Northeast of China for re-education. In 1977 when the entrance examinations into universities were re-opened to the public, she was admitted into the Luxun Academy of Fine Arts and received a Bachelor in Fine Arts. In 1982 she started teaching as a lecturer at the Luxun Academy of Fine Arts. In 1989 she received a Master of Fine Arts. Wang Lan won the Silver prize and Bronze prize in the National Art Exhibition in China in 1989 and 1984 respectively. Four of her works are in the collection of the National Art Museum of China.

In 1991, Wang Lan moved to Sydney to join her husband Shen Jiawei, also an artist who came to Australia three years earlier and later on has become one of the most successful portrait artists in Australia. After her migration to Australia, Lan has continued her artist creations. She has held solo exhibitions at Coventry Gallery and Art Atrium Gallery in Sydney. Since 2001, she has been a member of the Bundeena and Maianbar Art Trail and opens her studio to the public on the first Sunday each month. In 2006-08, Lan together with Jiawei Shen and Xu Wang created an epic painting of Malaysian history Merdeka.

I am not someone destined with a mission to accomplish. One can tell that from my paintings. I am sorry that I do not have a sense of mission but this is who I am.

I love painting, because I find painting interesting. Painting to me is like a language, a language that we speak in our daily life. I would like to use this lyrical language of painting to sing a song, expressing my experiences of and my hope for this world, presenting a vision that lasts longer and goes further than material interest.

Painting to me is also like a companion, a companion who is more intelligent and persistent than I am. For the last several decades, we have been chasing each other, having had so much fun, as well as a lot of fights. What has been going on between us is hard to put into words. I feel very fortunate for having had art as my companion who keeps loneliness away from my life. In this world, my existence is transient, but the existence of art is eternal. Art is what my life relies on, but to art, I am like a grain of dust. That is why I say that I need art but art can ignore me. However, art changes our viewing and our thinking, so any ordinary sights or objects or phenomena can enlighten and excite us. That is the gift to us all from art.

Wang Lan has been invited to have a solo exhibition at the Institute for Australian and Chinese Arts and Culture at Western Sydney University. The exhibition will show Wang Lan’s artworks of the last five decades, mostly from her own collection. In that sense, it is a retrospective of her artworks on a small scale. As a member of the Bundeena and Maianbar Art Trail, Wang Lan opens her studio, showing and selling her artworks to the public on a monthly basis. But this exhibition is more of an academic and educational nature, opening to university students and staff on campus as well as general public. Having watched closely the development and achievements of Wang Lan’s art over all these years, I am delighted and privileged to be the guest curator of this special exhibition.

It has been over 30 years since Wang Lan moved to Australia in 1991. Like many first-generation migrants, Wang Lan’s life can be divided into two parts, the first part being lived in China and second part in Australia. However, her artworks in this exhibition are divided into three groups. The first group shows some of her representative works created when she lived in China. The second group, consisting of her paintings created in the first decade of her living in Australia, is most interesting and surprising, because in the paintings of this group you will see a different Wang Lan. During the first ten years since her move to Australia, although she was physically in the new country, her mind had been deeply absorbed in the world of traditional Chinese culture. The focus of her paintings in this second group is on her fascinating depiction of the scenes and historical figures from Peking operas. The Chinese characters in the Song calligraphy style were perfectly integrated into her two-dimensional space; and with the exaggerated human figures and colours in sharp contrasts, the whole picture presents a very special aesthetic view. The third group includes her paintings created after we moved to Bundeena, a paradise for artists, twenty year ago. Living in the naturally beautiful place of Bundeena, Wang Lan has reflected the idyllic world in her artistic creation. Her mind and nature are united in harmony. In the paintings of this last group, black-haired village girls were replaced by girls with blond hair; thundering drums and cymbals were taken over by far-reaching flute music. Rainbow, birds and bunches of flowers falling from sky all become a part of the song to nature. In the meantime, her paintings have expressed her approach to the world and her choice and philosophy of life.

If one looks closely, one can see the three groups of Wang Lan’s paintings are innately connected by her possession of child-like purity which drives her approach to her artistic creation. Her artistic language and style are distinctive and unique but also immediate and close to nature and to our hearts. Wang Lan’s art speaks to many of us.

Wang Lan’s brush strokes are bold and incisive. Her colours at times are reminiscent of the bright primary colours found in painters such as Chagall and Matisse, yet at other times they are the muted hues found in the Buddhist murals of Dunhuang, or the vermilion and ochre of ancient rock drawings that are to be found all over the world. There is evidence of light and shadow in her paintings, as well as the influence of Picasso as she flattens what is normal three-dimensional reality to make it suit the two-dimensionality of her canvas. These, I believe, are salient features of her art, and a cursory viewing of her work will confirm this.

I said to Wang Lan that I unavoidably sensed Chagall both in her bird motif and in the stained glass technique that she often uses. Picasso must also have inspired her to fragment her equally prominent stallion and bull motifs that, as mentioned above, are found in many of her paintings. And Matisse must have informed her use of colour. But whereas the bright sunlight of the Mediterranean had influenced Matisse’s use of colour, the bright sunlight of Australia must have influenced hers. Some of Wang Lan’s colours are not present in Matisse, but are colours that are distinctly characteristic of those found in the Dunhuang Buddhist murals of China. I also said that I detected the influence of Fauvism, naïve art, ancient rock carvings, Van Gogh and even Australian artist Arthur Boyd’s works.

Wang Lan ranked the German logic and rationality of Paul Klee as the foremost influence on her aesthetics. Chagall and Picasso she ranked second and third as artists who have influenced her work. Of Australian artists she said she admired John Perceval, Arthur Boyd and Brett Whitely. Wang Lan said succinctly: “My artworks are not complicated, and are direct and honest reflections of my attitude to life.”

She stressed that she respects the two-dimensional painting surface, whereas most modern artists tend to forget that paintings are usually for hanging on a wall, or are murals directly painted onto walls.

Wang Lan sees her painting as akin to folk art, in that during the process of painting “memories are activated”. Her painting is not tied to reality, so she enjoys great freedom in painting and she has no need for models. Mabel Lee BA Hons I PhD FAHA is an honorary fellow of the Australian Academy of the Humanities and honorary professor concurrently at The University of Sydney and Hong Kong Metropolitan University. Her early research concerned late-Qing thinkers and their responses to the colonial threat of the industrialized West and Japan, and she published on late-Qing thinkers such as Zhang Taiyan at the beginning of her academic career at the University of Sydney (1966–2000). From 1980 her research turned to Lu Xun, beginning with his prose-poem collection Wild Grass, and his old-style Chinese poems. However, she is best known for her translations of Nobel laureate Gao Xingjian’s writings and for her own writings on various aspects of his creative aesthetics. Her translations include Gao Xingjian’s novels Soul Mountain and One Man’s Bible, his short-story collection Buying a Fishing Rod for My Grandfather, and his essay collections The Case for Literature and Gao Xingjian: Aesthetics and Creation. Her most recent publications include her co-edited book Gao Xingjian and Transmedia Aesthetics and her co-translated book Gao Xingjian, Calling for a New Renaissance that was released in September 2022. 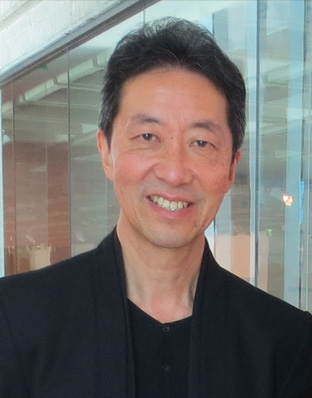 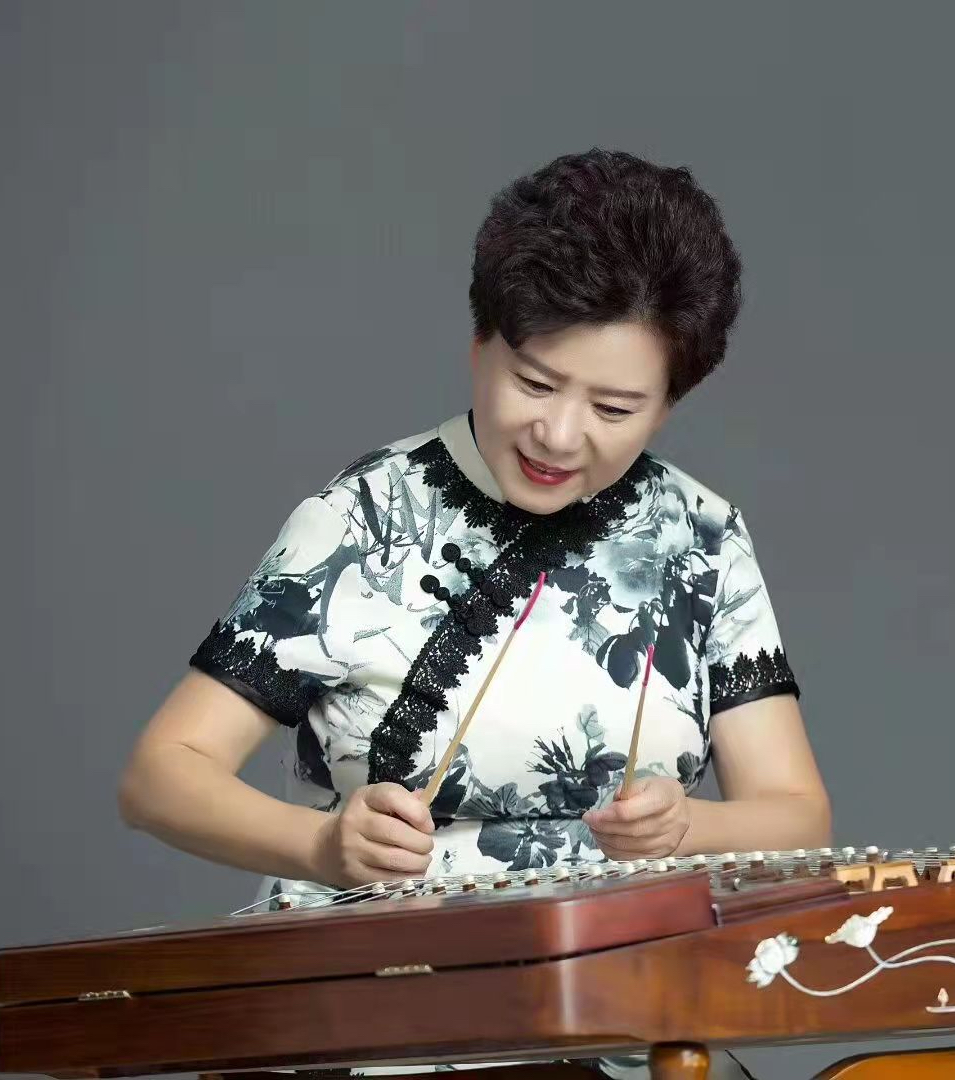 Hu Lei 胡磊 is a highly renowned yangqin performer. She studied under the late Professor Qian Fangping, yangqin performer and educator, and was admitted to the China Conservatory of Music with honours in 1983 under Chinese yangqin, educator and composer Professor Xiang Zuhua. After graduating in 1987, she became a folk music teacher at the China Dance Academy. In 1989, she arrived in Australia and was invited to play in many festivals and recorded for film. Mrs Hu has taught and performed on the yangqin for more than 30 years, and established the "Chinese Style * Music Workshop", focusing on cultivating Chinese teenagers in Australia to learn and inherit the national music culture. Since 2015, she has been teaching the yangqin at the Sydney Conservatorium of Music. Many of her students have achieved high scores in the HSC music examinations. Lei has won gold medals in international music competitions and achieved excellent exam results in both China and Australia. Since 2016, she has been principal yangqin in the Hua Music Troupe and has adjudicated the "Talent Family" Australian Youth Talent Competition for Xinkuai Media since 2019. In October of the same year, she led an ensemble of students to represent Australia in the World Dulcimer Conference for the first time. Since 2020, she has served as a member of the Central Conservatory of Music Overseas Grade Examination - Australia Regional Professional Committee. Anna Xu, Bella Xu, Claire Xu are musical triplets who have been learning the yangqin since the age of five. Now 15 years old, they have participated in many competitions, and received first place in the 2019 Australian International Youth and Family Talent Competition, and the 2020 Neurio Cup of CCTV Australian Youth Talent Competition. We have appeared at a variety of concerts and events performances and represented Australia in the 15th Yangqin World Congress in Hefei, China in 2019.