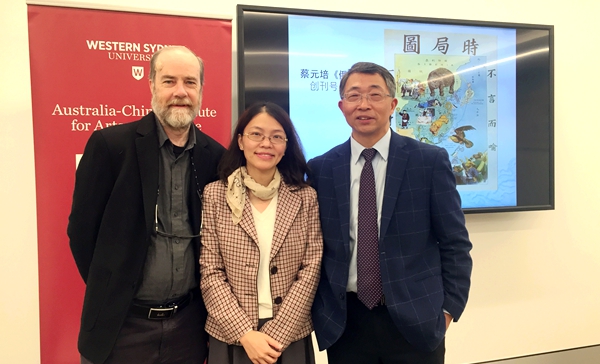 G.E. Morrison (1862-1920) was born in Geelong, Victoria. His father George Morrison was headmaster of the Geelong College to which he went for his early education. He studied medicine at the University of Melbourne and the University of Edinburgh and later was appointed by The Times in 1897 as its first permanent foreign correspondent in Beijing. In 1912, he became political advisor to the Chinese republican government. The same man later became known to the world as “Morrison of Peking”, or “Chinese Morrison”. 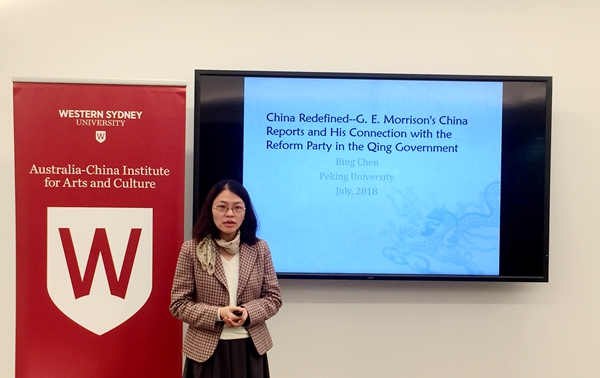 On 5 July, 2018, Dr Chen Bing of Peking University, China, joined an enthusiastic audience to give a talk about Morrison’s career in China. Dr Chen has recently published a book titled China Redefined—G. E. Morrison’s China Reports of the Late Imperial China (1897—1912) (Fujian Education Press, 2017). In her talk, she spoke of the two stages of Morrison’s life in China, first as a foreign correspondent and then as political advisor. Dr Chen’s research into Morrison’s reports reveals that his writings on China saw a thematic shift from the struggle for influence and interest between international powers such as Russia and Japan to the various reform plans that were considered by the Chinese government.

Dr Chen states that Morrison’s reports were generally based on facts, but he showed significant flexibility in the treatment of his materials. He became less aggressive and less arrogant towards the country as he approached the second stage of his career and showed himself increasingly more optimistic and confident in China’s reforms as he became increasingly more involved with the progressive members of the country’s bureaucracy. This shift, according to Dr Chen, had a lot to do with the real connections he had with the real people in the country and the understanding he developed of their culture.

Dr Chen states that her research into G.E. Morrison teaches us a lot about the importance of people-to-people relations, and that reaching out to understand the other offers an extremely effective solution to many of our cross-cultural problems.