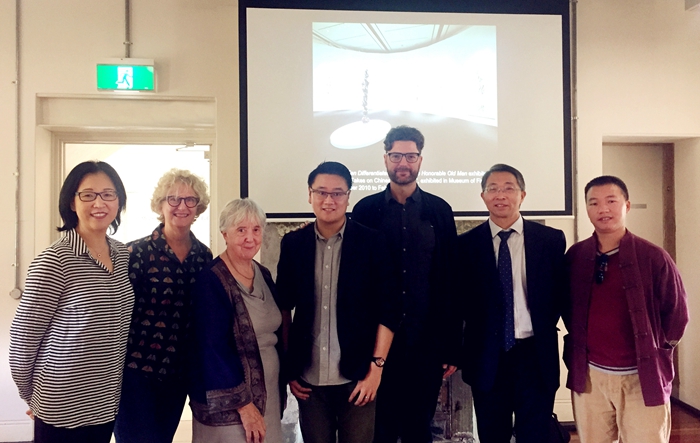 On 8 March 2018, postdoctoral research fellow of the Australia-China Institute for Arts and Culture, Dr. Kiu-wai Chu gave a seminar talk titled “Shanshui in the Anthropocene: Comparative Ecocriticism in Chinese Visual Culture.” The well-attended seminar was jointly organized by ACIAC and the Institute for Culture and Society at Western Sydney University. 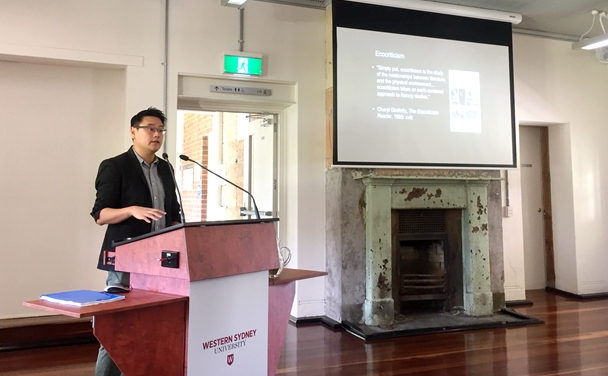 In the presentation, Dr. Chu began by offering an overview of the emerging field of Comparative Ecocriticism. He called for an expansion of the field that has long been dominated by western critical theoretical approaches, and the importance in incorporating Daoist and Confucian philosophical thoughts in the study of ecological issues in the Anthropocene. 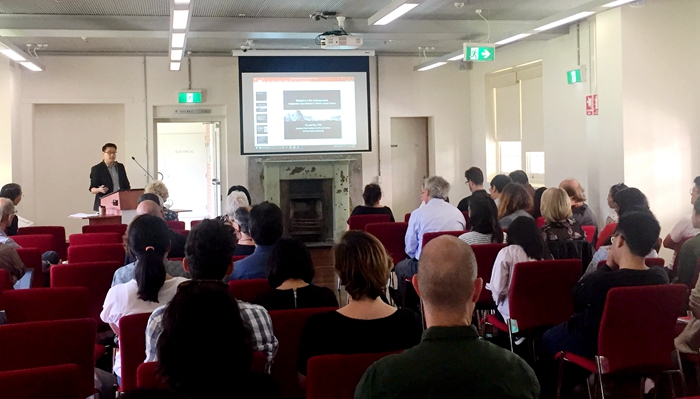 Dr. Chu examined a range of “shanshui” representations including classical paintings, Maoist propaganda posters, contemporary outdoor performances, and depictions of landscapes of ruins and trash in recent cinema and art. Dr. Chu argued that shanshui reflects the ideological changes over time. He also explained how shanshui evolves from an idea that has long been defined by the literati elites, to become a form of expression that the environmental subalterns use to voice out while facing various environmental challenges.