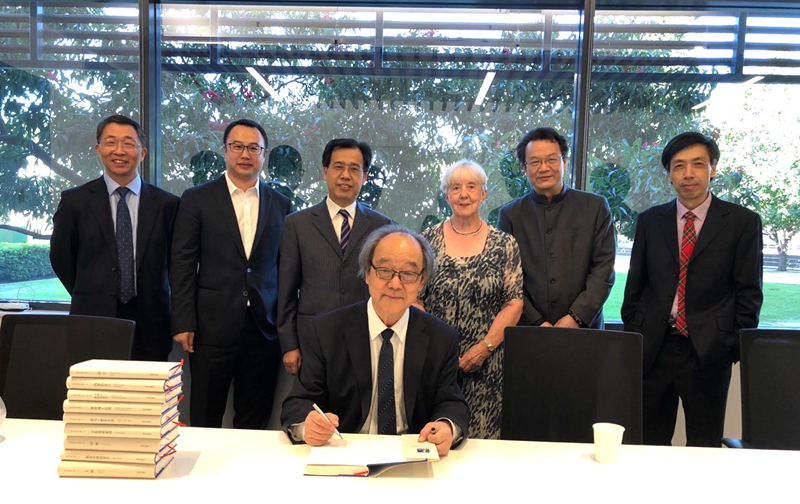 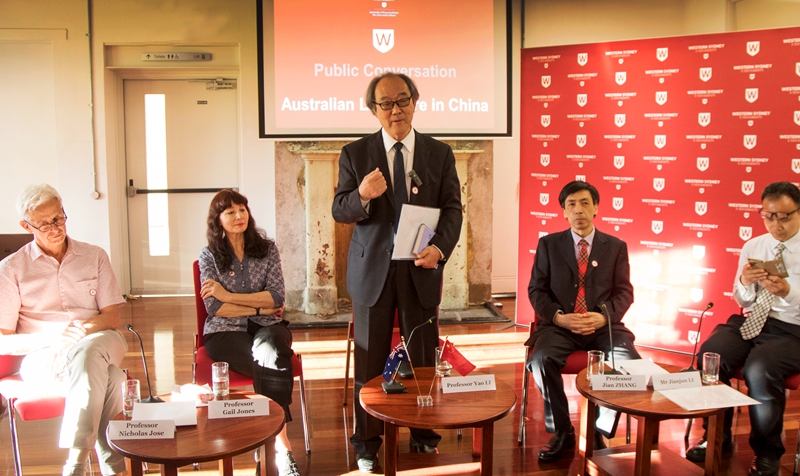 At the “Public Conversation on Australian Literature in China” arranged prior to the launch, Professors LI Yao, Nicholas Jose, Gail Jones and ZHANG Jian, and Mr. LI Jianjun, spoke to a packed house in the conference room of the Whitlam Institute at Western Sydney University on the past, present and future of Australian literature in China. All five speeches were well-prepared and each speaker approached the topic from a slightly different perspective. Professor Li recounted how as a junior writer he first became acquainted with Australian literary writing through the work of Henry Lawson. He pointed to Patrick White’s writing and the ennobling friendship of a great number of other writers as the sources of inspiration that had kept him going for the last forty years. 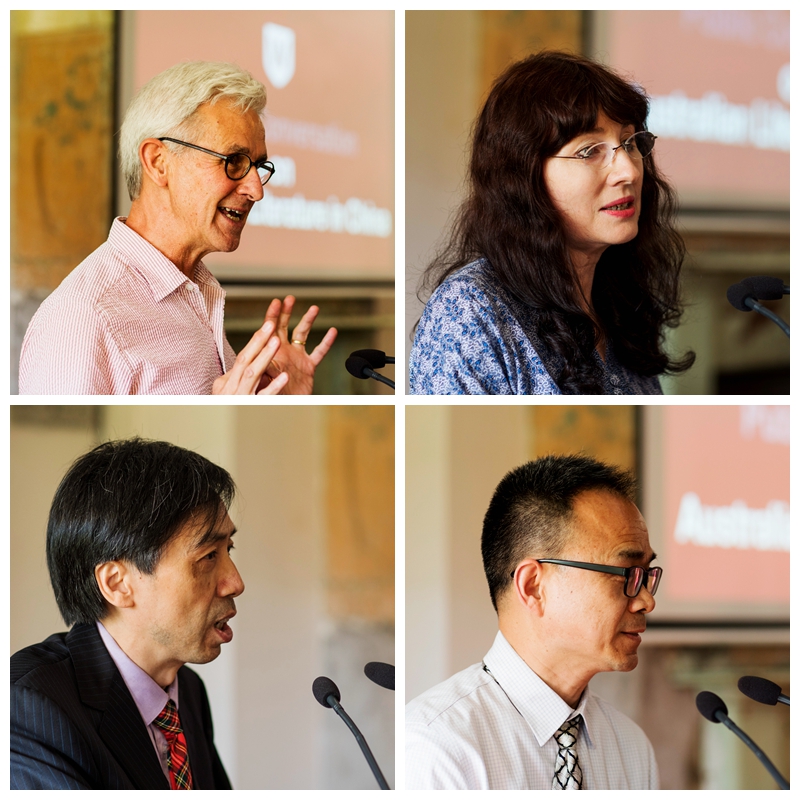 Professor Jose looked into the principles underlying the translator’s choice of each title for translation, and emphasized that each choice reflected the bigger context of Australia’s increasing engagement with China. Professor Jones recounted her visits to China and spoke of her experiences of working with Chinese writers through the Shanghai Writers’ Association. Professor ZHANG said that, while still an expert in Anglo-American literature, he had read Professor LI’s translated books with a lot of interest, and he commented on what he perceived to be some central characteristics of Australian literary writing. Mr. LI Jianjun, who is currently Secretary General of the Chinese Association of Australian Studies, revealed that he was coming to Western Sydney University in July to undertake doctoral studies and that his thesis would focus on mid-20th century Chinese translations of Australian literature. After their presentations, the five speakers received enthusiastic responses from the audience. 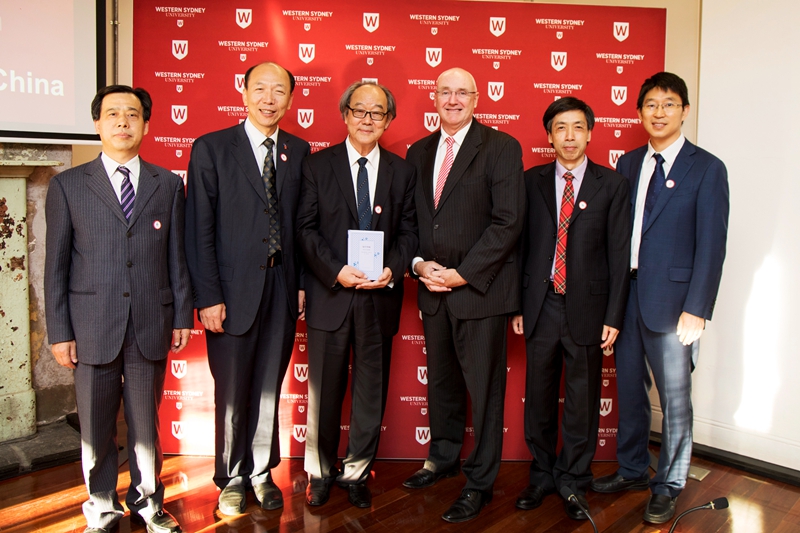 Professor LI Yao’s selected translations were launched by Vice Chancellor and President of Western Sydney University, Professor Barney Glover, and by Vice President of Beijing Foreign Studies University, Professor SUN Youzhong. Professor Glover commended LI Yao for his conscientious dedication in his work and offered his sincere congratulations for the enormous achievements he was now reaping after four decades of hard work. Professor Sun also congratulated Professor LI on his success and expressed his admiration for the single-mindedness with which he pursued his goals in literary translation. Professor LI gave a speech in response, stressing that his work derived from a passion for literature and, more importantly, from a love for Australia. He hoped that his efforts would contribute to the promotion of Australia-China cultural understanding and exchange. 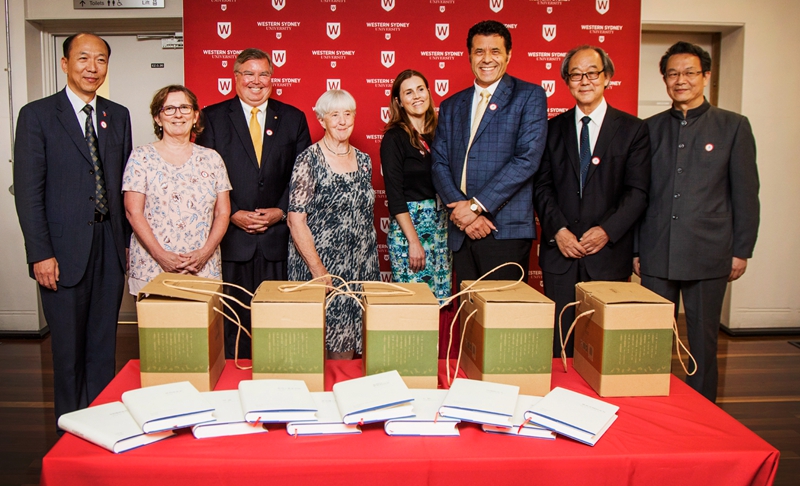 After the launch, Professor LI, along with Mr. LIU Yonggui and Mr. LIU Kun from Qingdao Publishing Group presented signed collections of his books to Western Sydney University Library, to the Australia-China Institute for Arts and Culture, to the Foundation for Australian Studies in China (FASIC), to the University of Sydney, and to the Chinese Consulate General in Sydney. 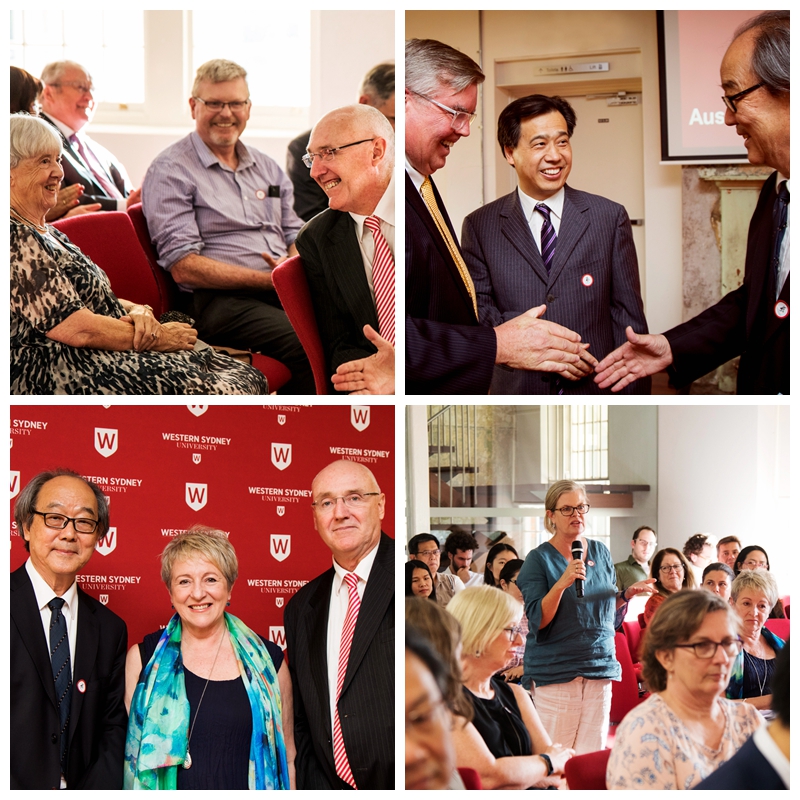 Today’s event was proudly supported by Western Sydney University’s Writing and Society Research Centre and the “Other Worlds, Forms of World Literature” project. Attending the event were writers, publishers and Council members who have worked with the translator over the years. Also present at the launch were senior academics including Professor Elizabeth Webby of the University of Sydney, Professor David Carter from the University of Queensland, Professor Bill Ashcroft from the University of New South Wales and Professor Paul Pickering from the Australian National University. Deputy Vice-Chancellor of Western Sydney University, Professor Deborah Sweeney; Dean of the School of Humanities & Communication Arts, Professor Peter Hutchings; Director of the Writing and Society Research Centre, Professor Anthony Ulhmann; and Associate Dean of the School of Humanities & Communication Arts, Dr Jing Han were also in attendance.