One of the fascinating stories that must be told about Australia-China relationship in the last four decades or so is of course artistic exchange. ACIAC key researcher Dr Tianli Zu’s recently published book - The Tao: Conversations about Chinese Arts in Australia - offers one such interesting account of the artistic journey that the two countries have travelled since the late 1970s through a series of conversations that she had made with 8 Chinese artists and 9 diplomats, curators and gallerists and academics. On 12 December, 2018, ACIAC hosted a party to help launch Dr Zu’s book and mark the Institute’s end of the year. Vice Chancellor and President of Western Sydney University Professor Barney Glover, Australia’s first ambassador to China, Dr Stephen Fitzgerald, and four of Dr Zu’s interlocutors, Dr Geoff Raby, Professor Jocelyn Chey, Artist Xiao Xian Liu and Dr Gene Sherman attended the party. 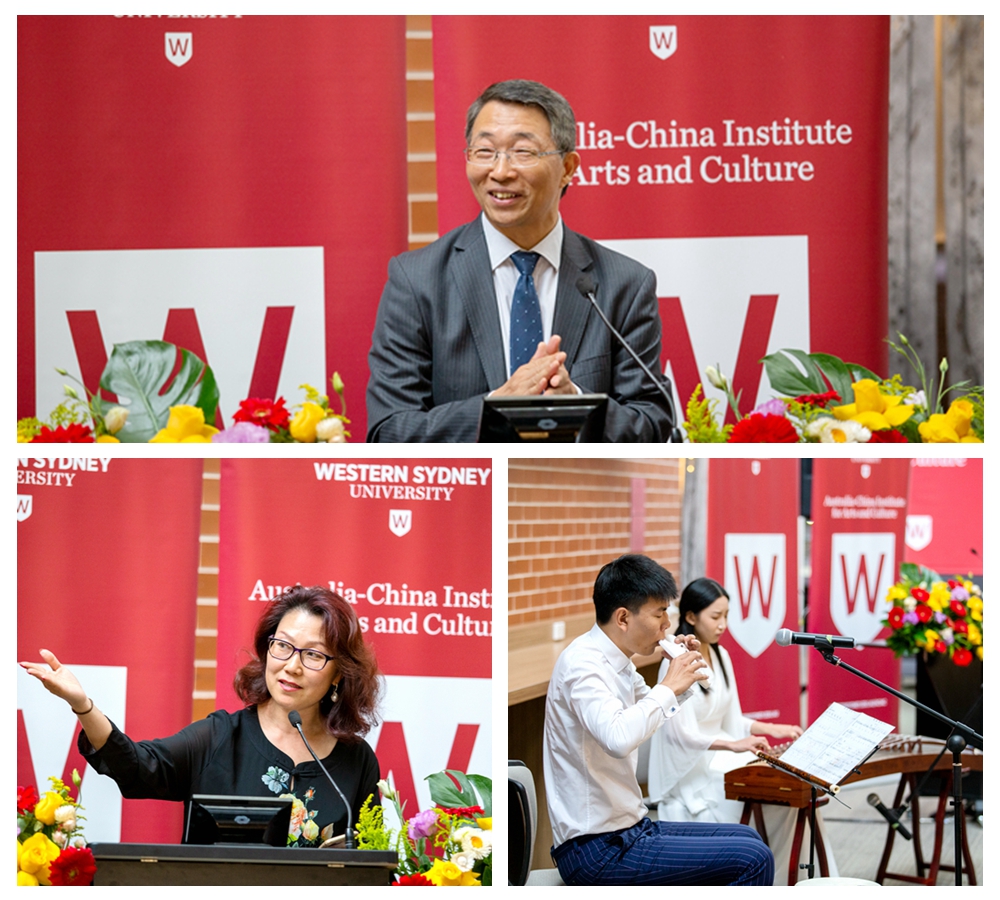 ACIAC Director Professor Labao Wang welcomed the guests. After briefly summing up the Institute’s work of the year, he thanked all parties that had given the Institute guidance, rendered support and delivered assistance. The book launch started with some spectacular Chinese music by Ms Chenrao Qu and Mr Yuan Gao on the guzhen, xun, flute, and drum. Music artist Ms Ying Liu introduced the musicians, their instruments and their works. 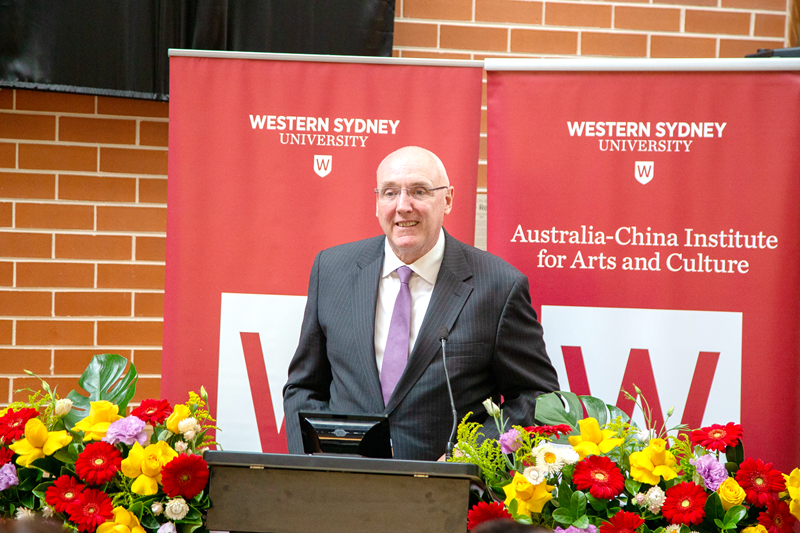 Professor Barney Glover and Dr Stephen Fitzgerald did the speeches. Professor Glover began with a message of warm welcome to all in attendance. In his speech, he first introduced Dr Tianli Zu’s work and her long-standing relationship with Western Sydney University. He then commended Dr Zu for her book and spoke about the importance of the strong message that it makes about art and its ability to penetrate deeply into the fabric of society, representing and influencing interrelationships with politics, the economy, and culture. Citing the conversations that Dr Zu had with Dr Geoff Raby and Dr Edmund Capon, he said that the dialogues in this book illustrated the importance of understanding both the journey and the complexities of the past 40 years. He concluded with an emphatically recapitulated pledge that Western Sydney University will continue to be committed to the support for and promotion of arts and cultural exchanges between the two countries that Dr Zu’s book so well encapsulates. 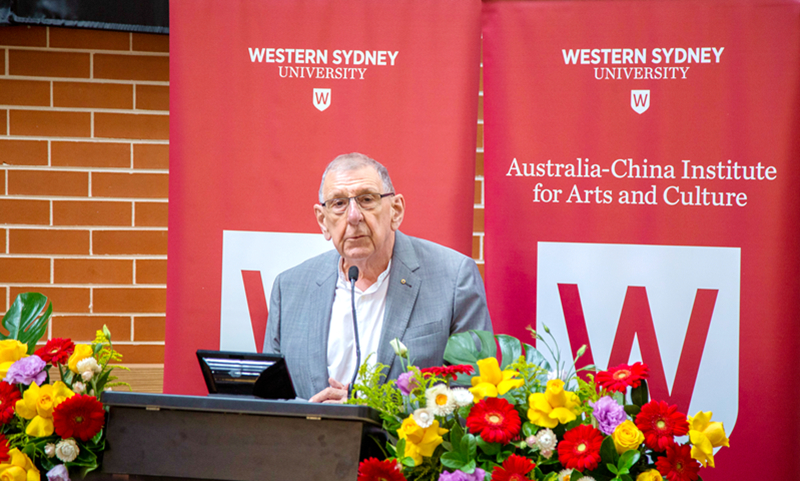 Dr Stephen Fitzgerald, in his speech, congratulated Dr Tianli Zu on her achievement in the book. He spoke highly of the relevance of Dr Zu’s book beyond the world of art because its story “reflects and illustrates the broader canvas of a changing culture and ethnicity in Australia, and something of the dynamic that has brought it about.” Pointing to “a narrative that floats on open-mindedness and mutual goodwill,” reflecting a “calm, rational, intellectual contemplation” of Australia’s relationship with China, Dr Fitzgerald felt that the well-crafted conversations in Dr Zu’s book presented an artist that was “deeply and sympathetically interested in people in all their modes and eccentricities”. Dr Fitzgerald praised Dr Zu’s “great skill and creativity” in turning her 18 conversations into one compelling narrative, and into a great story of a small but significant part of the Chinese contribution to Australia. In her responding speech, Dr Zu thanked everyone for the contributions that they had made to the book. She especially saluted her interlocutors for the intimate experience of communication they had granted her through their conversations. She said that, while at the core of her conversations were “human concerns, social phenomena, history, philosophy, life, poetry, music, political issues, anything really, which we then view through the lens of art,” she wished that projects and more projects like this in the future could help bring “understanding and harmony in a disruptive world.”