In recent years, environmental issues in China have received growing attention due to their increasing media representations and exposure. Environmental documentaries (or eco-documentaries) have contributed hugely to the public awareness of problems of pollutions, as well as transnational environmental injustice as reflected in massive waste disposals in remote areas of China. Among them, two documentaries – Chai Jing’s Under the Dome: Investigating China’s Smogs (穹顶之下, 2015) and Wang Jiuliang’s Plastic China (塑料王国, 2017) have gained particular attention. In November and December 2017, ACIAC’S postdoctoral fellow Dr. Kiu-wai Chu participated in two different academic events to present his essays on how these eco-documentaries should facilitate us in thinking in ecocritical ways.

At Environmental Justice 2017 – Looking Back, Looking Forward, the 3-day conference organized by Sydney Environmental Institute at the University of Sydney (6-8 November, 2017), Chu argued that, living in an age in which we are constantly faced with an excessive amount of spectacle-driven media texts, humans feel that their minds are being desensitized by overloading information. The effect of “psychic numbing” is increasingly more visible when we are bombarded by similar images of massive environmental destructions. Chu drew attention to two recent Chinese eco-documentaries, namely, Plastic China and Under the Dome, and he argued that these widely viewed documentaries are able to develop more affecting representations by focusing largely on individual human stories, which could effectively trigger viewers’ empathy and compassion. 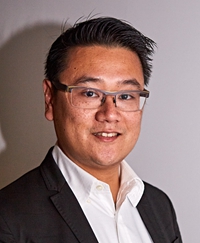 On a similar subject presented in the one-day symposium Intersections in Film and Media studies organized by Sydney Screen Studies Network at University of New South Wales (8 December, 2017), Chu shifted his reading of these same documentaries to how film and online media intersect yet supplement each other, and result in a form of multi-platform documentary that generates innovative ways of eco-communication to engage a wider international public.

Dr. Kiu-wai Chu’s presentations were well-received at both conferences. In 2018, he will be talking about these topics at Western Sydney University and delivering more presentations at three other conferences.