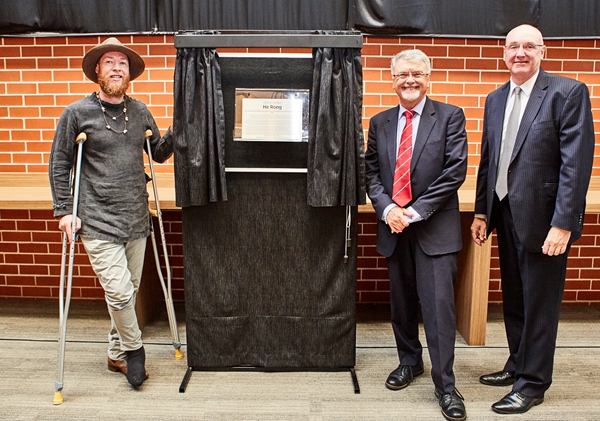 On 12 December, 2017, the Australia-China Institute for Arts and Culture hosted a reception to mark the unveiling of a major artwork that has been installed. 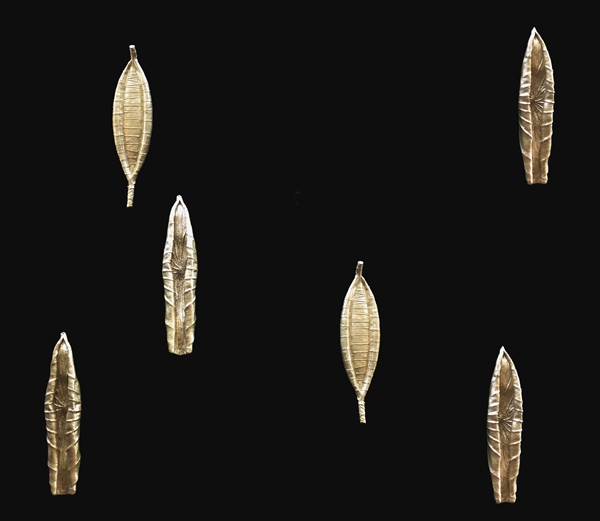 2017 is the second year of Western Sydney University’s Australia-China Institute for Arts and Culture. Thanks to the support of various parties, the year has witnessed significant achievements. To mark the occasion, the Vice Chancellor Professor Barney Glover launched the Institute’s newly commissioned artwork together with the noted local artist, Jason Wing. Named “He Rong” (和融), this artwork features six canoes, two Tasmanian Aboriginal bark canoes and four Chinese lotus canoes, against the background of black silk.  According to the artist, it speaks of the historical and current fact of the transcultural nexus between Australian and Chinese peoples and cultures and highlights the importance of Australia-China cultural exchange, which is precisely what the Institute undertakes to promote Dr Alison Short introduced the work of the Music Therapy Centre at WSU.  One of the Centre’s Master degree  students, Amelia (Haoyue) Kuang, contributed by playing the guzheng (a classical Chinese instrument). In a surprise appearance, founding Director Jocelyn Chey finally wound up by taking over the stage in costume and she entertained guests with a musical rendition to enhance the festive season atmosphere.  She thanked everyone for helping the Institute and wished the guests a Merry Christmas and a Happy New Year!