Chinese arts and culture have already become an integral part of Sydney life and there are bright prospects for future development of exchanges, according to the speakers at a public forum held at the China Cultural Centre on 25 May.

The forum was convened by the Australia China Institute for Arts and Culture at Western Sydney University and chaired by the Vice Chancellor of the University Barney Glover, who is also the Chair of the Board of the Institute. In his opening remarks, Professor Glover noted that Western Sydney University is located in the most multi-cultural part of Australia and that the culture of the local Chinese community and other ethnic communities had influenced the culture of the university and that many of the research projects of the university related to these communities. 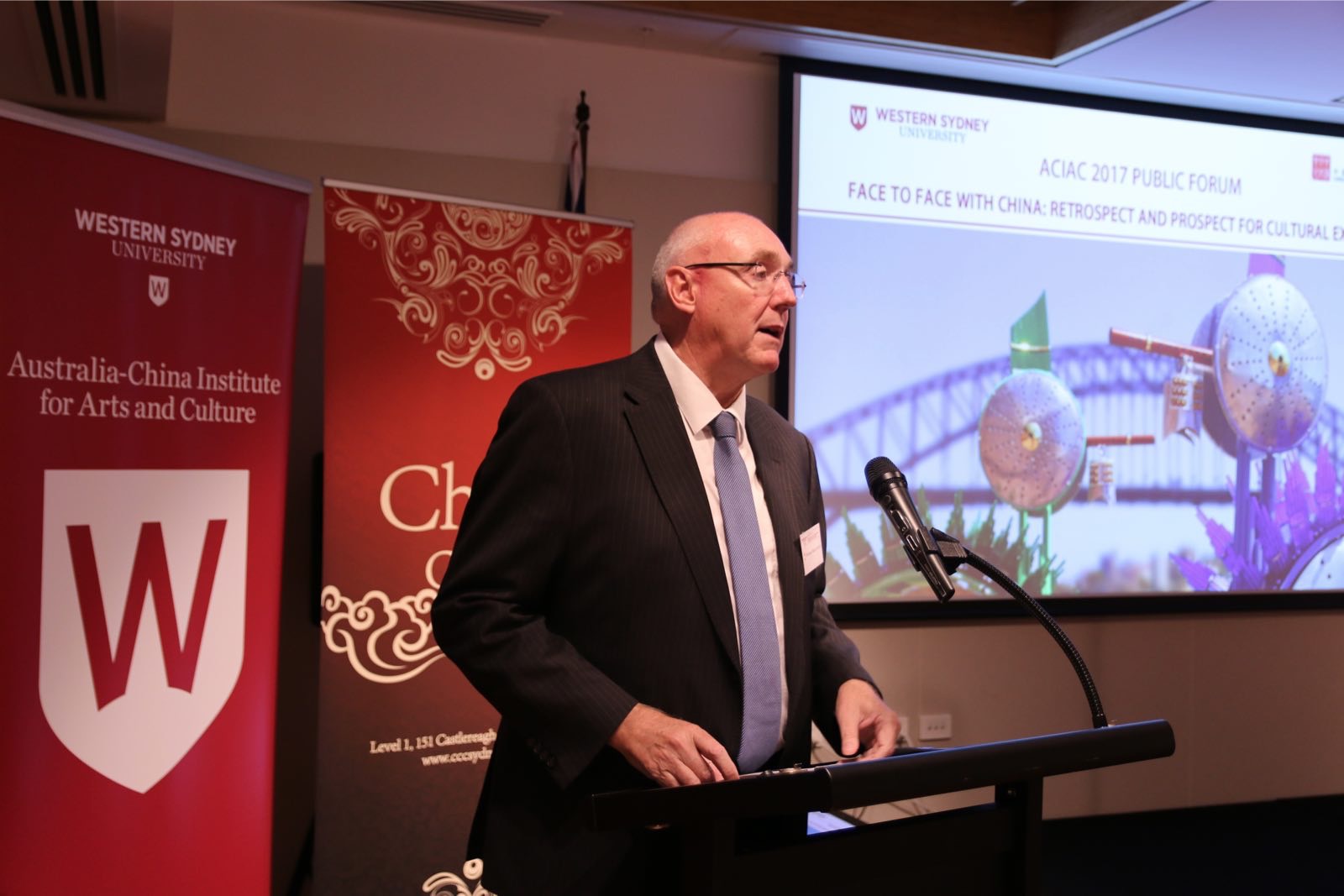 Professor Jocelyn Chey, the Director of the Institute, drew on her long experience of administration of cultural exchanges to note how much had cultural change had taken place in both China and Australia in the last 40 years. Earlier Chinese migrants to Australia had now been joined by many more students, tourists and business people and Australian Chinese artists, writers and musicians played a most important role in shaping Australian culture. She predicted a bright future for closer cultural relations, noting that there were three principles that should be observed by those in charge of exchanges. First, people should not be afraid to take risks to set up new exchanges. Second, those in charge of exchanges should pay proper attention to the cultural expectations of their target audience. Third, exchanges should not be based on political considerations. She gave some amusing stories to illustrate these points. 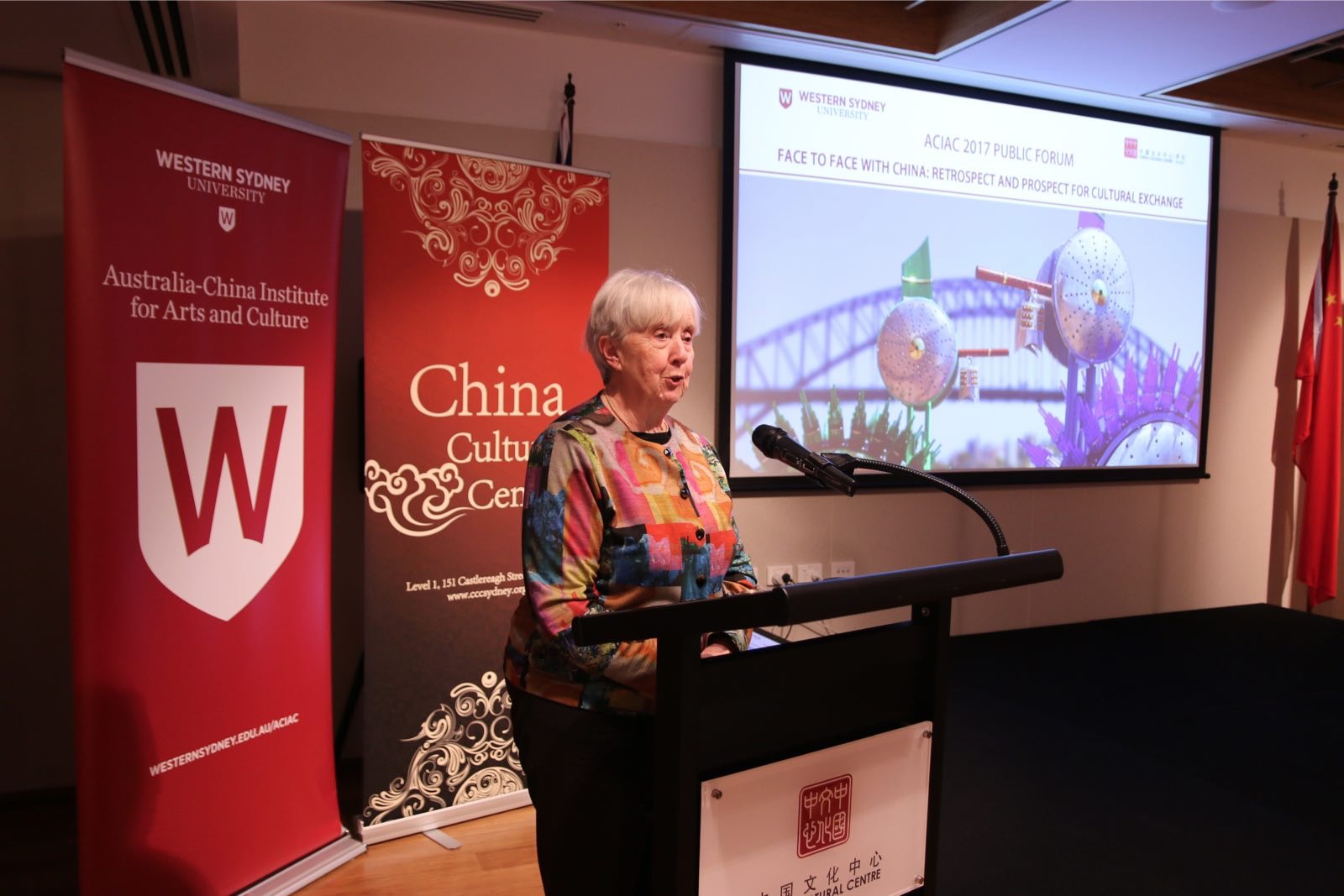 Dr Geoff Raby, former Australian Ambassador to China, spoke about his observation of the art scene in Beijing from the 1980s up to the present time. In the early period, Australian diplomats had lent strong support to the development of new forms of art such as abstract painting. This close relationship made many artists keen to visit Australia, and once they had spent time here their artistic expression changed to reflect their new perspective on life and on nature. He described the present phase as the mature one, where contemporary Chinese art was appreciated internationally. Australian galleries such as White Rabbit in Sydney had extensive collections of famous artists' work. 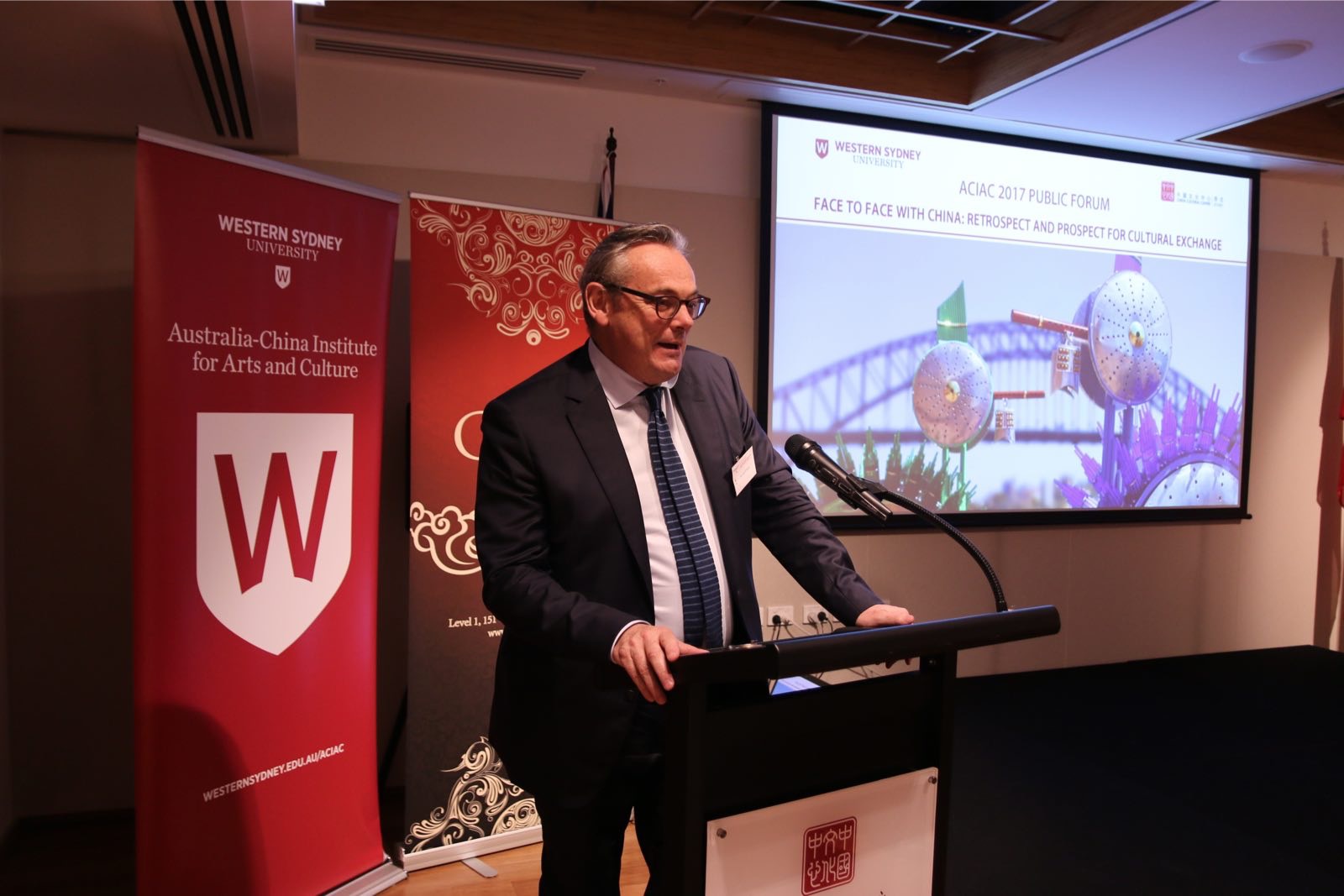 Mme Zhao Li, the Director of the China Cultural Centre, spoke about her ten years work in Australia and gave many examples of successful cultural exchanges that had been supported by the Chinese Consulate and the Centre. She emphasised the transformative effect of cultural exchange and how it brought new ways of thinking to those who took part. Many Australian students were interested to learn about Chinese traditional culture because it was so different from their own, and this inspired them to study Chinese language. Language ability was most important because language is the vehicle of culture. 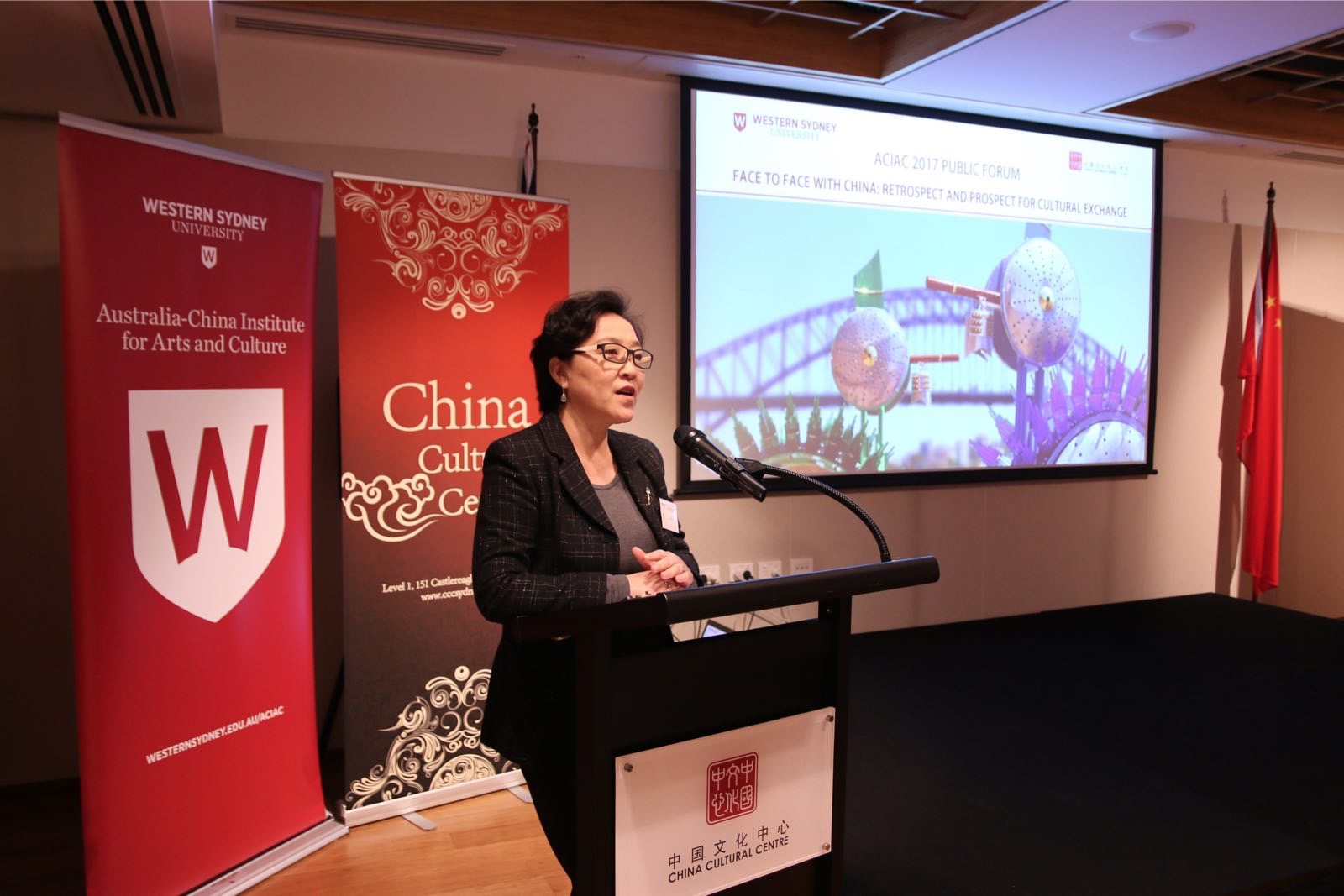 Mr Stephen Gilby, Senior Program Manager for the Chinese New Year Festival of the City of Sydney, described how the festival had grown in the last 12 years. It now appealed to the whole population and not just to the ethnic Chinese community. Cultural delegations from various provinces of China had brought different aspects to the festival and demonstrated the richness and diversity of Chinese culture. The festival had been expanded to ten days and was now centred on the harbour with lanterns being the chief feature. The whole celebration expressed essentially the merging of Chinese and Australian culture. It was uniquely characteristic of Sydney. 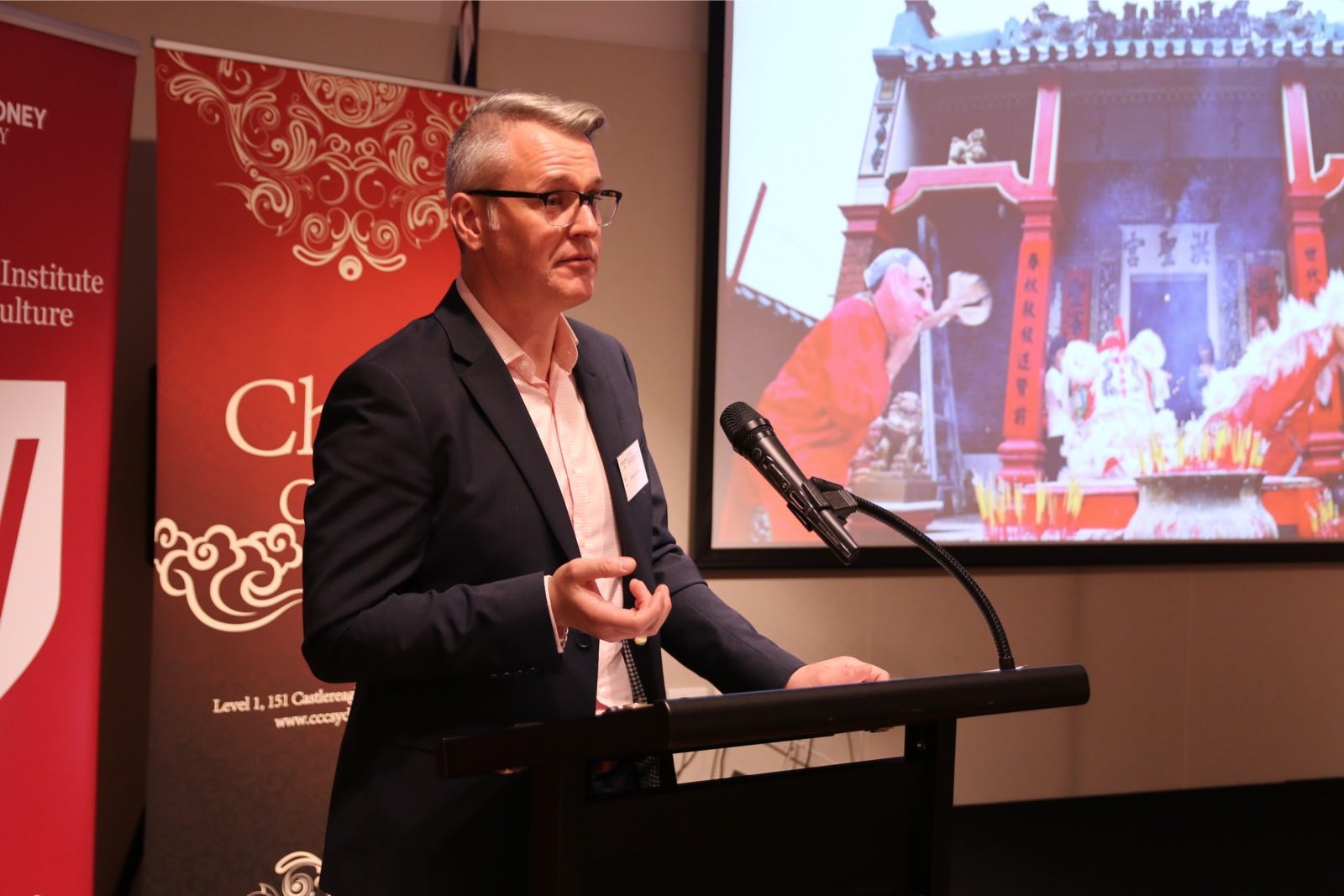 A lively discussion followed, and the evening concluded with refreshments provided by the China Cultural Centre. The whole forum was recorded and will be posted on the website of the Australia China Institute for Arts and Culture, Western Sydney University.