Benefits From Below: Using Plant Silicon To Resist Stress 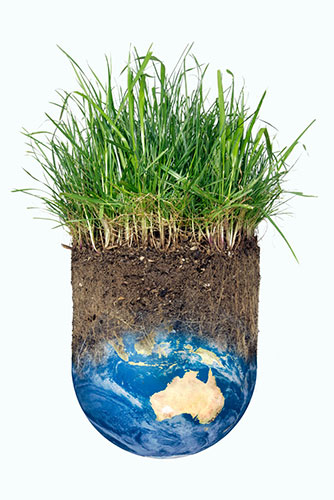 Plant productivity is often threatened by biotic and abiotic stresses, ranging from herbivorous pests to environmental extremes such as drought.

There is growing consensus that plant silicon can alleviate many of these stresses by improving plant defences against herbivores (e.g. physical structures and secondary metabolites) and altering physiological processes in the plant (e.g. water use efficiency).

How does silicon do this and can we exploit it for plant protection?

Answering these questions is central to a new research program at the Hawkesbury Institute for the Environment.

Six projects commencing in 2017-18 are investigating how plants challenged by environmental change and herbivore attack (above- and belowground) could benefit from plant silicon.

We aim to identify the molecular, physiological and chemical mechanisms underpinning these benefits and develop translational opportunities for plant protection.

The program of research is overseen by Associate Professor Scott Johnson in collaboration with colleagues from HIE, Universities in Australia and overseas and industry partnerships.

We work mainly on grasses, including cereals, and legumes such as lucerne. Our research is becoming increasingly focussed on Brachypodium distachyon, which is regarded as a model species for understanding molecular and cellular processes in temperate grasses.

In terms of abiotic stresses we are focussing mainly on elevated atmospheric carbon dioxide concentrations and altered precipitation patterns, using both controlled environments and field-based platforms. Steel slag is a potentially rich source of silicon that could be used to provide increased stress resistance to common crops.

Moore, B.D. & Johnson, S.N. (2017) Get tough, get toxic, or get a bodyguard: Identifying candidate traits conferring belowground resistance to herbivores in grasses. Frontiers in Plant Science, 7, 1925.