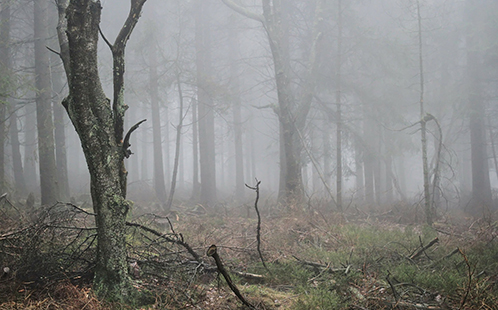 A Western Sydney University Research Fellow has described the specific set of environmental conditions that led to Australia’s bushfire emergency.

Dr Rachael Nolan is a member of the Fire Research Group within the Hawkesbury Institute for the Environment at Western Sydney University.

Her research is focused on developing models of moisture levels in forests and bushlands – using a combination of weather data and satellite mapping technology.

Dr Nolan says her analyses of bushlands around Sydney in the final months of 2019 indicated that the landscape was primed for these catastrophic fires – but it was series of other conditions, all happening concurrently, that ultimately led to the disaster.

“All of our data indicated that the 2019-20 bushfire season had the potential to be devastating,” says Dr Nolan.

“From September we were seeing suggestions that the forests were starting to suffer from the drought, and moisture levels were critically low. But we had been getting similar conditions for the last two seasons and our worst fears did not eventuate until now.”

Dr Nolan says there are four pre-conditions that are required for high-intensity wildfires of this magnitude:

Dr Nolan says the recent drought conditions were key to creating the ‘perfect storm’ that allowed all four of these pre-conditions to occur concurrently.

“Drought causes the moisture contained within leaves in eucalypt forests to decline, and can lead to canopy dieback and leaf shedding. Usually rainforests and gullies will be damp and act as a natural impediment to the spread of fire – but during extreme, dry conditions, even these usually wet parts of the landscape can dry out and become available to burn, aiding the spread of fire across the landscape,” says Dr Nolan.

Following the drought conditions that primed the landscape for fire, Dr Nolan says it was a combination of extreme weather conditions and the occurrence of ignitions that led this disaster to come to pass.

“If all pre-conditions are met an active fire can occur and spread quickly,” says Dr Nolan.

With multiple large fires still burning across NSW and in other states and the situation rapidly changing, Dr Nolan says it is important to note that this record-breaking fire season is not yet over, with the south-eastern Australian fire season typically extending to the end of February.

“Only then, once fire severity mapping and post-fire field surveys are conducted, will we truly know the devastating impact of these fires.”

The Fire Research Group, within the Hawkesbury Institute for the Environment (HIE), is led by Associate Professor Matthias Boer.(opens in a new window) The Group’s Research Fellows are: Dr Hamish Clarke, Dr Anne Griebel, and Dr Rachael Nolan.

Through the Fire Research Group at HIE, Western Sydney University is a partner in the NSW Bushfire Risk Management Research Hub – a $4M consortium of four universities led by the University of Wollongong and funded by the NSW Government’s Department of Planning, Industry and Environment, and working closely with the NSW Rural Fire Service and NSW National Parks and Wildlife Service.

Dr Rachael Nolan’s research – which is focused on developing models of forest flammability due to dynamics in fuel loads and moisture content, and quantifying fire effects on carbon storage and sequestration in forests and woodlands – is funded by the NSW Bushfire Risk Management Research Hub.

In collaboration with the Centre for Environmental Risk Management of Bushfires (CERMB) at the University of Wollongong, the Fire Research Group at HIE works across a broad range of fire research topics, including fire risk management, climate change and modelling of (future) fire regimes, with funding from the Australian Research Council, the Bushfire and Natural Hazards Co-operative Research Centre (CRC) and other industry partners.