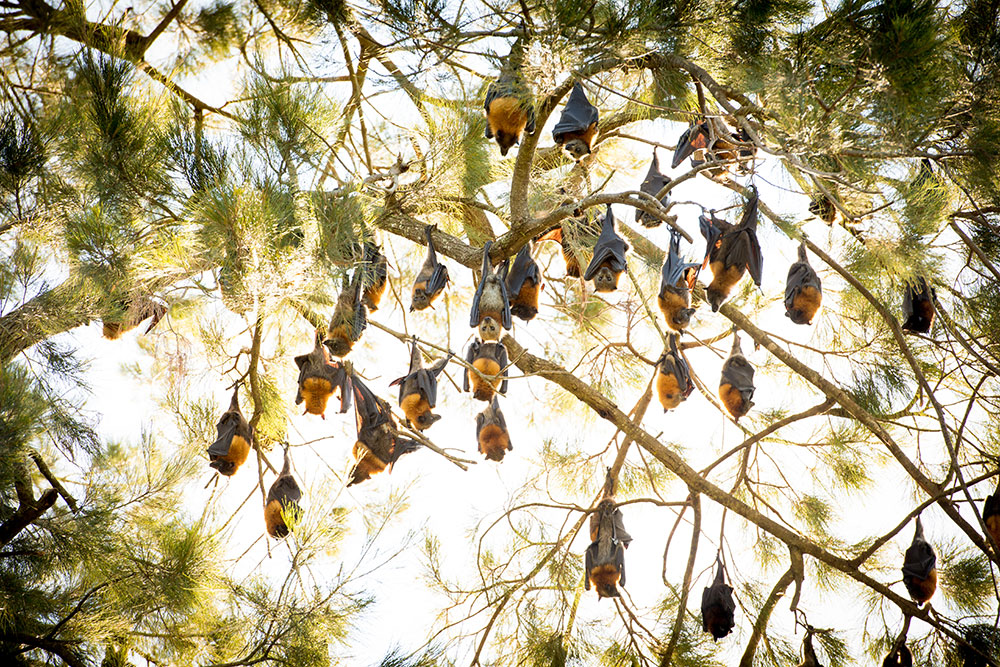 New research led by scientists at Western Sydney University and published in BMC Biology shows that flying-foxes are always on the move among a vast network of roosts, creating key challenges for their management and conservation in Australia.

Australia’s flying-foxes are amongst the largest mammals in the world that are capable of powered flight. They are highly mobile, which is thought to make them key seed and pollen dispersers in Australia’s fragmented forest ecosystems. However, their mobility also facilitates transmission of disease and often brings them in conflict with humans, and so they require a precarious balancing of conservation and management concern.

To gain a detailed understanding of flying-fox mobility at the landscape scale, the researchers analysed the movements of 201 satellite-tracked individuals across eastern Australia, for up to five years. Three species were monitored including 109 grey-headed flying-foxes (P. poliocephalus), 80 black flying-foxes (Pteropus alecto) and 12 little red flying-foxes (P. scapulatus).

The tracked flying-foxes used a total of 755 roost sites between them, of which more than half were previously unrecorded. One roost site, the Hervey Bay Botanic Gardens, was visited by tracked individuals from all three species. Individuals travelled thousands of kilometres among many of those roosts each year, with one grey-headed flying-fox covering at least 12,337 km between 123 roosts in 37 local government areas over 1,629 tracking days.

Associate Professor Justin Welbergen, the lead author, said: “Our findings indicate that flying-fox roosts are better viewed as parts of a network of ‘staging posts’ that provide temporary shelters to extremely mobile individuals that wander nomadically throughout much of eastern Australia. This contrasts with the conventional portrayal of a roost as being home to a resident population made up of the same individuals.”

“It has long been recognised that flying-foxes have the capacity to travel long distances; however, the vast scale of the movements among roosts shown by our study indicates that nomadism is in fact a fundamental aspect of flying-fox biology. This necessitates a re-evaluation of how these fascinating animals are managed and conserved.”

While the extreme mobility has profound implications for the roles of flying-foxes as seed and pollen dispersers, it also means that negative impacts from localised management actions can easily reverberate throughout the species ranges. Coordinated management and conservation efforts should therefore be implemented across Australia to protect these ecologically important species.

Bats! What we need is another cartoon about bats and here is one. Leave bats alone! https://t.co/W3bBEtSg5Y

The research is published in BMC Biology. (opens in a new window).