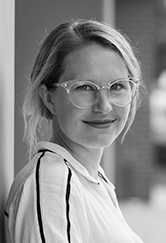 Deb Mitchison is a researcher and a clinical psychologist, specialising in eating and body image disorders. Her research is directed at reducing the burden of eating disorders and associated body image problems within the population. She currently makes progress toward this aim by leading two programs of research.

The first is the study of eating disorder epidemiology, including the prevalence, burden, course, health service utilisation and risk factors associated with eating and body image disorders. This research applies survey methods to large population-based samples and cohorts.