An international team of researchers including Western Sydney University are collaborating on a new Global Soil Biodiversity Network (SoilBON) program to collectively advance knowledge of the world’s soil biodiversity.

More than one-quarter of all life on Earth lives in our soils, yet little is known about the true state of soils and their biodiversity compared to above-ground ecosystems. More than 196 states are currently negotiating a new strategy for the protection of biodiversity within the framework of the UN Convention on Biological Diversity (CBD) through which the researchers aim to have soil biodiversity included.

“Healthy soils are as much part of the biodiversity equation as every other ecosystem”, said Professor Brajesh Singh, one of the lead authors of the research at Western’s Global Centre for Land-Based Innovation.

“However people often consider soils only in the context of food production – for example, from the successes of no-till agriculture to nutrient management and carbon sequestration. These are important but we need to consider soils as an essential part of managing climate change, ecosystem protection and clean air and water”, Professor Singh said. 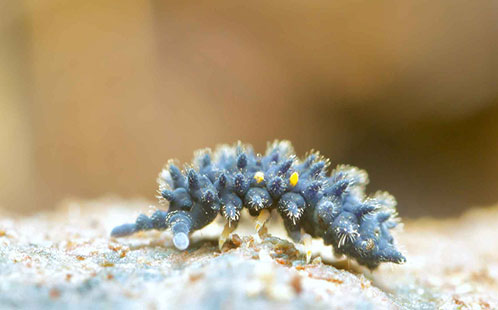 These issues are globally important but particularly in Australia’s vast and diverse ecosystems, where ancient soils can be low in nutrients, subject to extremes of heat, drought and flood at times, and prone to damage from cultivation, deforestation, fires and other ecological impacts.

The SoilBON framework, with partners from researchers from the German Centre for Integrative Biodiversity Research (iDiv), the Martin Luther University Halle-Wittenberg (MLU), Western Sydney University and Colorado State University, serves to collate and analyse soil biodiversity using a global network of research teams to promote long-term tracking of the global state of soils and their functions.

With resources and funding dedicated to long-term soil biodiversity monitoring, researchers will be able to assess the likely policy and climatic impacts of emerging soil biodiversity issues and offer more advanced solutions and recommendations to shape policy targets particularly under the United Nations Sustainable Development Goals.

The research is outlined in an Insights Perspective in Science.