Western Sydney University has a proud history in the culturally diverse, progressive and fast-growing region it serves, delivering the highest educational opportunities alongside world-class research expertise. Significant benefits can be gained by embracing the diversity of all these different cultures. The contribution of different traditions, customs and ideas can facilitate diversity of thought and approaches, providing innovative perceptions.

The University is committed to promoting a respectful and harmonious culture where diversity is embraced and student and staff environments are free from cultural bias, discrimination and vilification.

The University has social and cultural spaces on most campuses including a chaplaincy team and multi-faith centers for everyone on campus regardless of faith. There are also a number of on-campus men’s and women’s Muslim prayer rooms which include Qibla-facing prayer carpets, a place for Wudu, and female prayer clothing if needed.

The University has a commitment to providing leave for staff to participate in significant cultural and religious events and ceremonies which are recognised by the NSW Premier’s List of Days of Religious Significance for Multicultural NSW. Usual leave options include: 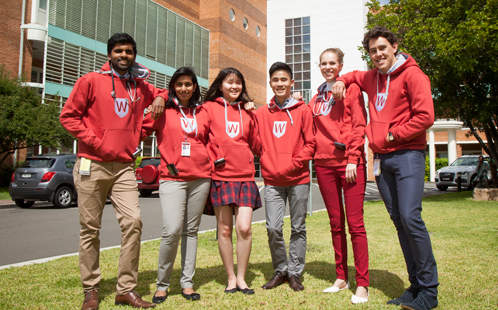 Further information can be found in the staff enterprise agreements .

Western Sydney University is one of the most culturally and linguistically diverse universities in Australia drawing 77% of our students from the local Greater Western Sydney Region:

University staff also reflect this wealth of diversity with at least 40% being born overseas from across over 70 countries.

The University reflects the diversity of the local Greater Western Sydney Region which is one of the most culturally and linguistically diverse regions in Australia:

The links below provide further information and resources to support cultural diversity in Australia and in the workplace.