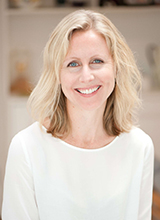 Associate Professor Kate Huppatz, School of Social Sciences at Western Sydney University is a School-based member of the Institute for Culture and Society.

Her research explores the relations between gender, social class, occupations and mothering.

Kate's publications include the books: The good mother: contemporary motherhoods in Australia (with Susan Goodwin, 2010), Gender capital at work: intersections of femininity, masculinity, class and occupation (2012), and Identity and belonging (with Mary Hawkins and Amie Matthews, 2016).

She is currently working on a monograph titled Gender, work and social theory.

Kate is joint Editor-in-Chief of Journal of Sociology and is a member of the Sexualities and Genders Research Network.