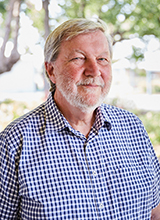 Professor Tony Bennett, FAHA FAcSS, appointed to an Emeritus Professorship in 2020, joined Western Sydney University as Research Professor in Social and Cultural Theory at the Institute for Culture and Society in 2009. He was the Institute’s founding Research Director. His previous positions included a period as Professor of Sociology at the Open University where he was also a Director of the ESRC Centre for Research on Socio-cultural Change, and as Professor of Cultural Studies at Griffith University where he was also Dean of Humanities and Director of the ARC Key Centre for Cultural and Media Policy. He was appointed Honorary Professor in the Humanities Research Centre at the Australian National University in 2019.

Professor Bennett's interests span a number of areas across the social sciences and humanities, with significant contributions to the fields of literary theory, cultural studies, cultural sociology, museum studies, and the political history of habit. His work in literary studies includes influential assessments of the relations between formalist and Marxist criticism, and critical appraisals of Marxist aesthetic theory. In cultural studies his work has had a formative influence on the study of popular culture, and he has played a leading role in the development of cultural policy studies. His work in cultural sociology includes major surveys of the social patterns of cultural practice and consumption in both Australia and Britain, and critical engagements with the sociology of art and literature. His work in museum studies has played a leading role in the development of the 'new museology' particularly in the light it has thrown on the role of museums as instruments of social governance. His contributions this field were celebrated in the journal Museum Worlds in 2019.

The common thread running through his interests across these diverse areas of work concerns the ways in which culture is tangled up in the exercise of power. This continues to inform the research he has conducted since his appointment to the Institute for Culture and Society. This has focused mainly on his direction of three Australian Research Council projects: Museum, Field, Metropolis, Colony: Practices of Social Governance, examining the part played by the early fieldwork phase in Australian, British, French and American anthropology in the development of new practices of colonial governance; Australian Cultural Fields: National and Transnational Dynamics, examining changes in the social organisation of the art, music, literary, heritage, sport, and media fields of cultural production and consumption in contemporary Australia; and Assembling and Governing Habits, examining the varied roles that habit plays within and across pastoral, liberal, biopolitical, and disciplinary programs of governance.

Professor Bennett's work has been translated into French, Swedish, German, Italian, Spanish, Greek, Polish, Croatian, Slovak, Chinese, Japanese, and Korean, and he has lectured at universities, national art galleries and museums in Europe, Asia, Africa, and North America. He has worked in a consulting or advisory capacity for a range of governmental organisations, including UNESCO and the Council of Europe, and has conducted research collaborations with a wide range of cultural sector and government organisations in Australia and Britain.