Global Advisors provide advice to the Institute on issues concerning research directions, methodological developments and scholarly trends. The group comprises renowned scholars whose work represents a critical aspect of the Institute's research. Their involvement in the Institute signifies its global connections. 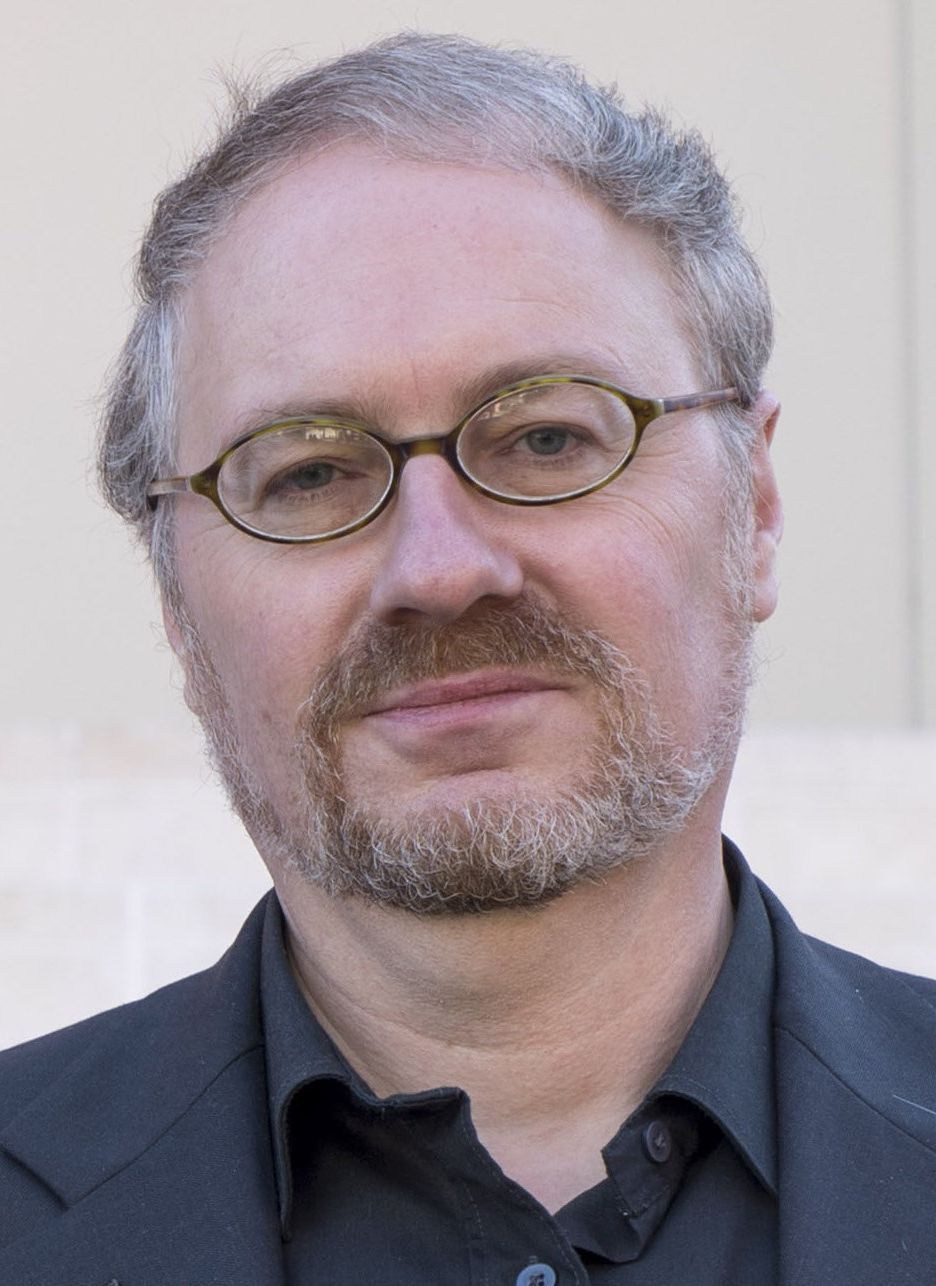 Roland Benedikter is Co-Head of the Center for Advanced Studies of Eurac Research Bolzano-Bozen, the research flagship in the applied Social Sciences of the Autonomous Province of South Tyrol, Italy. He is Research Professor of Multidisciplinary Political Analysis in residence at the Willy Brandt Centre for German and European Studies of the University of Wroclaw, Poland, a German-Polish joint endeavour dedicated to mutual understanding, reconciliation and European unification policies. And he is a member of the Future Circle (Zukunftskreis) of the German Federal Ministry of Education and Research (BMBF) for the German Federal Government. His main fields of interest are globalisation politics and policies, particularly the reform and renewal of globalization and its institutions, multi-polarity, European Union politics, good governance, and human-machine convergence, including the humanism-transhumanism debate. His books include Social Banking and Social Finance: Answers to the Economic Crisis (2011), China's Road Ahead: Problems, Questions, Perspectives (2013), and The Art of Multiculturalism (2018) (all with Springer). 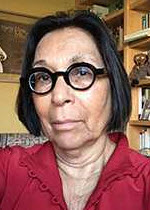 Professor Marisol de la Cadena (opens in a new window) is a Professor of Anthropology, Science and Technology Studies at the University of California, Davis. Located at the interface between STS and non-STS, and working through what she calls “ontological openings” (fellow traveler of but different from what has been termed “ontological turn”), Professor de la Cadena's interests include the study of politics, multispecies (or multi-entities), indigeneity, history and the a-historical, world anthropologies and the anthropologies of worlds. In all these areas her concern is the relationship between concepts and methods, and interfaces as analytical sites. More prosaically, Professor de la Cadena is interested in ethnographic concepts – those that blur the distinction between theory and the empirical because they are not without the latter. Professor de la Cadena's first book, Indigenous Mestizos: The Politics of Race and Culture in Cuzco, Peru, 1910-1991, (2000) is an historical and ethnographic analysis of race relations in the Andes. Her recent book Earth Beings. Ecologies of Practice Across Andean Worlds (2015) is based on conversations with two Quechua speaking men that lived in Cuzco (Peru). Eve Darian-Smith is Professor and Chair of the Department of Global and International Studies at the University of California Irvine, USA. Trained as a lawyer, historian and anthropologist, she is interested in issues of postcolonialism, human rights, legal pluralism, and global theory. She has published widely including eleven books and edited volumes, with two of her books winning major book prizes.

Her most recent book is The Global Turn: Theories, Research Designs, and Methods for Global Studies (2017). She is on six editorial boards including the Canadian Journal of Law and Society, Social & Legal Studies, New Global Studies, Beijing Law Review, and she is a former Associate Editor of American Ethnologist and the Law & Society Review. He is the author or editor of nine academic titles, most recently Law and Cultural Studies: A Critical Rearticulation of Human Rights (Routledge, 2019). Martin Fredriksson is Associate Professor at the Department for Studies of Social Change and Culture (ISAK), Linköping University, Sweden. In the past he has conducted research about the cultural history of copyright as well as the social and political implications of media piracy. His work on piracy has, so far, resulted in two books, Piracy: Leakages of Modernity (Litwin Press) and Property, Place and Piracy (Routledge), both coedited with James Arvanitakis.

From 2015 to 2018 he ran an EU project on ‘Commons and Commodities’ that explored privatisation of common resources, spanning from extraction of natural resources, through biopiracy and exploitation of indigenous knowledge to recent debates about the enclosure of the information commons. The project included studies of mining and coal seam gas extraction in NSW and was partly conducted at ICS. Simone Fullagar (opens in a new window) is Professor, Physical Culture, Sport and Health at the University of Bath, UK and Adjunct Professor at Griffith University, Queensland. As an interdisciplinary sociologist, Simone’s research explores the embodied politics of gender, physical cultures, health/mental health and wellbeing through new materialist feminist and post-structuralist approaches.

She is currently working on a co-authored monograph A vital politics of women’s depression and recovery, and co-edited collection Digital Dilemmas: Transforming gender identities and power relations in everyday life. 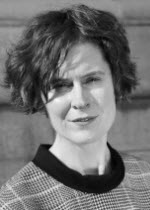 Jennifer Gabrys (opens in a new window) is Chair in Media, Culture and Environment in the Department of Sociology at the University of Cambridge, and Visiting Professor in the Department of Sociology at Goldsmiths, University of London. She is currently Principal Investigator on the project AirKit, and she leads the Citizen Sense project, both funded by the European Research Council. She is the author of Program Earth: Environmental Sensing Technology and the Making of a Computational Planet (2016); and Digital Rubbish: A Natural History of Electronics (2011), and co-editor of Accumulation: The Material Politics of Plastic (Routledge, 2013). Her forthcoming books include How to Do Things with Sensors (University of Minnesota Press Forerunners series). Her work can be found at citizensense.net and jennifergabrys.net. 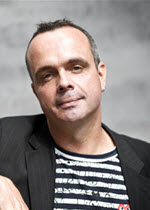 Jeroen de Kloet (opens in a new window) is Professor of Globalisation Studies and Director of the Amsterdam Centre for Globalisation Studies (ACGS) at the University of Amsterdam, and is affiliated to the Beijing Film Academy. His work focuses on cultural globalisation, in particular in the context of East Asia. He is the principal investigator of a project funded by the European Grant Council (ERC), entitled “From Made in China to Created in China. A Comparative Study of Creative Practice and Production in Contemporary China.” In 2010 he published China with a Cut - Globalisation, Urban Youth and Popular Music (Amsterdam UP). Together with Yiu Fai Chow, he wrote Sonic Multiplicities: Hong Kong Pop and the Global Circulation of Sound and Image (Intellect, 2013, a Chinese translation of which was published by Chinese University of Hong Kong Press) and, together with Lena Scheen, he edited Spectacle and the City – Chinese Urbanities in Art and Popular Culture (Amsterdam UP, 2013). With Anthony Fung, he published Youth Cultures in China (Polity 2017, translated into Korean), and with Esther Peeren, Robin Celikates and Thomas Poell, he edited Global Cultures of Contestation (Palgrave McMillan 2018). See also China Creative (opens in a new window). Yudhishthir Raj Isar is an independent analyst, advisor and public speaker who straddles different worlds of cultural theory, experience and practice. He is Professor of Cultural Policy Studies at The American University of Paris. He has also been maître de conference at Sciences Po, Paris. Professor Isar is co-editor of the Cultures and Globalization Series (SAGE). He is a trustee of civil society cultural organisations and consultant to international organisations and foundations and Past President of Culture Action Europe. Earlier, at UNESCO, where he served from 1973 to 2002, he was notably Executive Secretary of the World Commission on Culture and Development and Director of the International Fund for the Promotion of Culture. 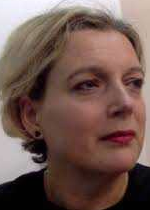 Celia Lury (opens in a new window) is a Professor in the Centre for Interdisciplinary Methodologies, University of Warwick, of which she was the founding Director. She has three main areas of research interest: feminist theory; cultural change; and interdisciplinary methodologies. Her contributions to feminist theory address the issue of gender as a kind of becoming, and the changing significance of gender as a social and natural category. In relation to sociology of culture, she has carried out a series of empirical research projects, exploring developments in contemporary culture. Her interest in interdisciplinary methodologies is concerned with the ways in which ‘live’ methods enact social worlds. She is currently one of three Co-Is on the Wellcome Medical Humanities project, 'People Like You': Contemporary Figures of Personalisation, which is investigating processes of personalisation in medicine, health and digital culture. 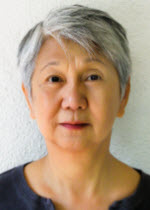 Aihwa Ong (opens in a new window) is Professor and Robert H. Lowie Distinguished Chair in Anthropology and Chair of the Center of Southeast Asian Studies at the University of California, Berkeley. She serves on the Academic Committee of the International and Area Studies, Tsinghua University, Beijing.

Her books include Spirits of Resistance and Capitalist Discipline: Factory Women in Malaysia (1986; 2010); Flexible Citizenship: the Cultural Logics of Transnationality (1999); Buddha is Hiding: Refugees, Citizenship, the New America (2005); Neoliberalism as Exception: Mutations in Citizenship and Sovereignty (2006) and Fungible Life: Experiment in the Asian City of Life (2016).

She co-edited Global Assemblages: Technology, Politics and Ethics as Anthropological Problems (2005); Privatizing China, Socialism from Afar (2008); Asian Biotech: Ethics and Communities of Fate (2010); and Worlding Cities: Asian Experiments and the Art of Being Global (2011).  Her writings have received prizes and been translated into European languages and Bahasa-Indonesia, Japanese, and Chinese.  She has attended the World Economic Forum and lectured internationally. 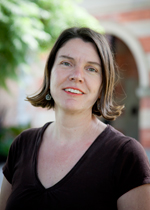 Professor Anna Reading has played a leading international role in the emergent interdisciplinary field of social and cultural memory studies. Her work develops the new epistemology of 'the globital memory field' using dynamic methods of digital analysis to understand the immersive and connective ecologies of social memory. She has given keynotes and conference papers around the world and is the author of a range of books and articles, including, Polish women, solidarity and feminism (1992, Macmillan), Communism, capitalism and the mass media with C Sparks (1998, Sage), The media in Britain with J Stokes (1999, McMillan), The social inheritance of the Holocaust: gender, culture and memory (2002, Palgrave) and editor of Save as...digital memories with J Garde-Hansen and A Hoskins (2009, Palgrave).

Leslie Swartz is Distinguished Professor of Psychology at Stellenbosch University, South Africa.  He publishes extensively on mental health and disability issues, focussing on access in low-income contexts.  Among his international consultancies has been work for the Australian Commonwealth Government.  He won the award for psychology from the South African Academy of Science and Arts, was founding editor of African Journal of Disability, and Lead Research Partner for the Southern African Federation of the Disabled, representing disability organizations in ten countries.  He is associate editor of Transcultural Psychiatry and International Journal of Disability, Development and Education.  Current projects explore the politics of care, and research capacity development in low-income contexts.  His most recent book was The Palgrave Handbook of Disability and Citizenship in the Global South, coedited with Brian Watermeyer and Judith McKenzie.

Manuel Tironi is Associate Professor and convener of the Critical Studies on the Anthropocene group within the Instituto de Sociología at P. Universidad Católica de Chile. He is also principal investigator at the Center for Integrated Research on Disaster Risk Reduction (CIGIDEN) and the Millennium Research Nucleus on Energy and Society (NUMIES). He works at the intersection of environmental sociology, science studies, and political theory to think about ecologies of practice and political conflicts in and with more-than-human worlds. His latest projects have engaged with issues of toxicity, environmental justice, disaster cultures, citizen science, and geological modes of knowing, and he is currently leading a research initiative on Indigenous knowledge and geoclimatic disruptions. His most recent articles have been published in Society and Animals, Sociological Review, Geoforum, and Science Technology & Human Values, and he is co-editor (with Israel Rodríguez-Giralt and Michael Guggenheim) of Disasters and Politics: Materials, Experiments, Preparedness (London: Wiley-Blackwell, 2014), winner of the 2015 Amsterdamska Award by the European Association for the Study of Science and Technology. Email metironi@uc.c