The Innovation Corridor Discussion Paper by ICS researcher Professor Donald McNeil was launched at the Ideas Lab, on the University's Parramatta South campus on Tuesday 27 October. The discussion paper was a collaborative partnership between Western Sydney University and Celestino – the development company behind the proposed Sydney Science Park. 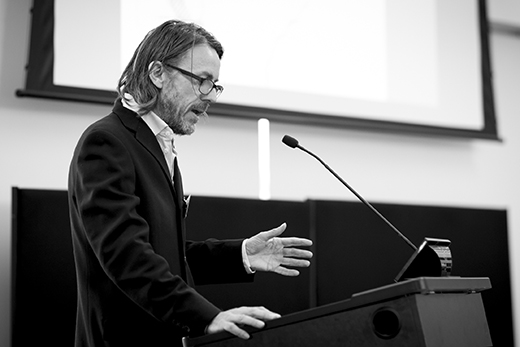 The Innovation Corridor will stretch from Campbelltown to Hawkesbury, and include Badgery's Creek Airport Precinct and the Western Sydney Employment Area. It will link the NSW Government's designated North-West and South-West Growth centres.

To discuss the strategy and the release of the Innovation Corridor Research Paper, the Ideas Lab gathered an informed audience and panel of industry, government and community leaders, including: 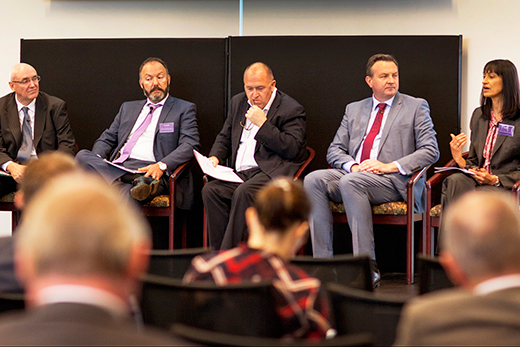 The Ideas Lab also provided a forum allowing audience members to have their say through an online poll and real-time Twitter feeds.

The Deputy Vice-Chancellor of Research and Development, Professor Scott Holmes, says the Innovation Corridor will provide much needed support for emerging and growing businesses in Western Sydney: 'Western Sydney is home to some of Australia's most inventive entrepreneurs. By creating an innovation growth corridor spanning across Western Sydney, the University can act as a mechanism to connect start-ups to emerging and growing business in the health, automotive, education and social enterprise sectors, all key areas of strength in the west.'

'Digital and other start-ups in London are already looking further afield, such as locating in Croydon, south of the city. It's time we start thinking about how to encourage new locations for our emerging digital activity and markets in Sydney - and Western Sydney makes perfect sense.' John Vassallo says the paper shows there's a unique opportunity to create a globally significant ecosystem of innovation in the region. 'The planned Sydney Science Park will be an integral element of this innovation ecosystem and we look forward to working with government, industry and academia to deliver this vision,' he says.