The year 2013 has been a memorable one for Australian sport, but not for the best of reasons. Violent stoushes both on and off (via Twitter) the field, drug investigations and sexism have all plagued the national sporting world. Above: (L-R) Professor David Rowe, Stephanie Brantz, Hayley Bateup and Phil Lynch at the ‘The Bottom Dollar: Sponsorship and Women Athletes’ panel, as part of the Women in Sport Forum, 16 March.

Despite these ongoing displays of bad behaviour being predominantly perpetrated by male athletes, they are still generally paid far more than women athletes and have greater access to sponsorship opportunities.

For Professor David Rowe (opens in a new window), a sociologist specialising in culture, sport and media, Australian sport remains a key domain where sex and gender power is profoundly unequal. The mistreatment of female athletes, including  their sexual exploitation, has implications across the whole society. For this reason, Professor Rowe argues that it’s important to have more frank and open debates about a revered area of Australian culture that is often resistant to self-examination and critique.

In March 2013, Professor Rowe chaired the ‘The Bottom Dollar: Sponsorship and Women Athletes’ panel as part of the Women in Sport Forum at the Casula Powerhouse in Sydney.

The under-representation of women at all levels of sport including coaching, officiating and leadership was also up for discussion at the Women in Sports Forum. The ‘Dropouts: Examining Women’s Participation in Sport’ panel examined the social and practical barriers preventing women from participating in sport, such as family and work commitments. This panel was chaired by UWS sport management academic and ICS PhD student Keith Parry and brought together an eclectic group of panellists including, researcher in sports promotion Dr Wayne Cotton, Psychologist specialising in leadership Dr Pippa Grange, former athlete and current media personality Elka Whalan, and young footballer Nadine Knight.

Public discussions such as these (which have been video-recorded and are available on Casula Powerhouse's YouTube Channel(opens in a new window)), contends Professor Rowe, are important because they challenge mythical views of sport as ‘an even playing field’ and help foster a spirit of reform. 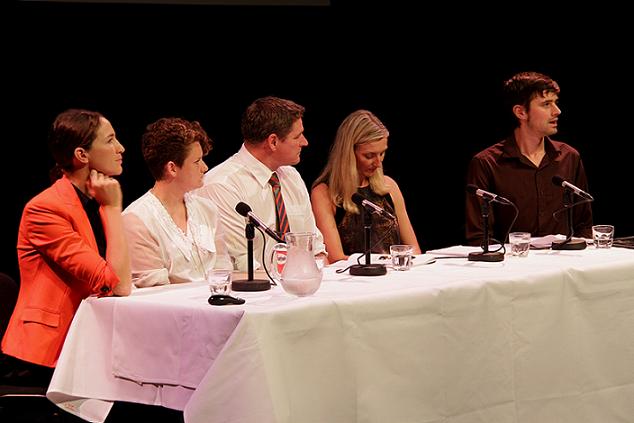