On 10 May 2010 Granaz Moussavi presented at the Lunchtime Seminar Series on The Aesthetics of Iranian Poetic Cinema. 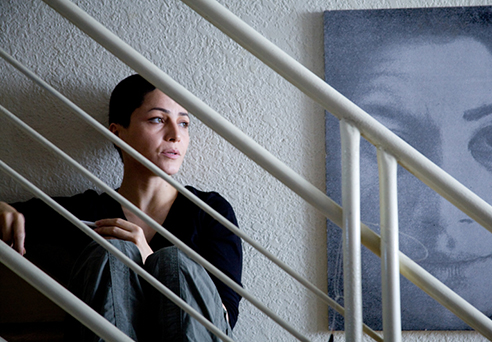 Granaz Moussavi is in the final stages of her doctoral work, and it shows. Her paper, based on her thesis but barely exposing a tip of the iceberg of her reserach, presented a sweeping background of the history of Iran through poetic Persian eyes. In Iran, Granaz told us, there is a poet in every family, a romantic and appealing claim to most students of the Humanities. She also spoke of a single historical figure, Shakespearean in scope, who preserved much of what is known of the Indigenous people of Persia, as they endured waves of invasion. The invaders came from all sides, including the inside: Greeks, Arabs, Mongols, and Turks; British and the Russians during World War One; US troops in 1942; and finally – and this development is placed on the continuum – the Islamic Revolution. Her people, with their language – and thus their poetry, and thus their culture, she implied – have survived. We learned of a poetic tradition forged in secrecy, with the oral attributes of invasions and oppressions all across the globe. This produced the ever-evolving layers of meaning that were ever more deeply embedded, in order to stay safe, through metaphor, allegory and illusion.

Granaz’ story illuminated Iranian culture by linking the fierce Persian resistance to compulsory use of Arabic in the 10th century, using their poetic tradition, through to the performing arts and then theatre to modern Iranian poetic cinema. Allegorically, Granaz’ ultimate achievement for her DCA is to have made an Iranian poetic film, My Tehran for Sale, fully shot on location in Tehran. Granaz honours the resistance to domination that was born so many centuries earlier by interweaving the storyline with topics that are highly taboo – HIV AIDS, pre-marital sex – in post-revolution Islamic society. The film was a sell-out at the Toronto Film Festival and is showing on 35 screens across Northern America. It has had a single screening in Sydney, and only private screenings in Iran.

This was a fascinating presentation by an accomplished author, scholar and film maker who, as one audience member remarked, makes CCR proud to be associated with her work.

Image thanks to Cyan Films.