Australia’s Bushfire Smoke Is Lapping the Globe, and the Law Is Too Lame to Catch It 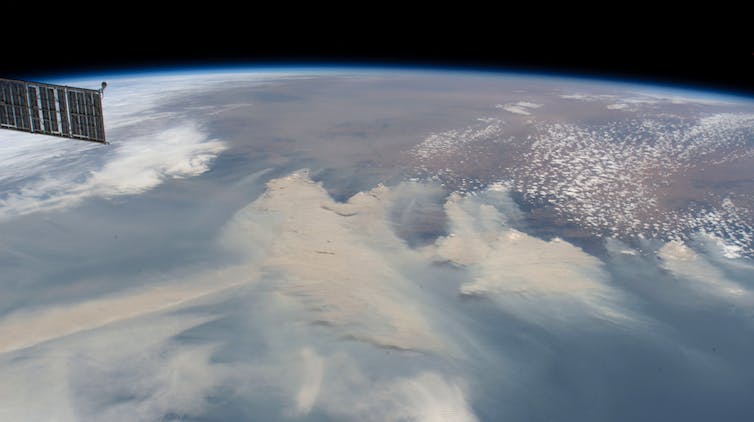 Smoke form Australia’s bushfires could be seen from space. But who should be held to account for the problem? NASA EARTH OBSERVATORY

Legal and policy frameworks - local, national and international – fail to capture these diffused responsibilities. Despite the proliferation of climate-related laws in recent decades, bushfire smoke still largely escapes regulation and containment. In this new era of monster fires, our laws need a major rethink. 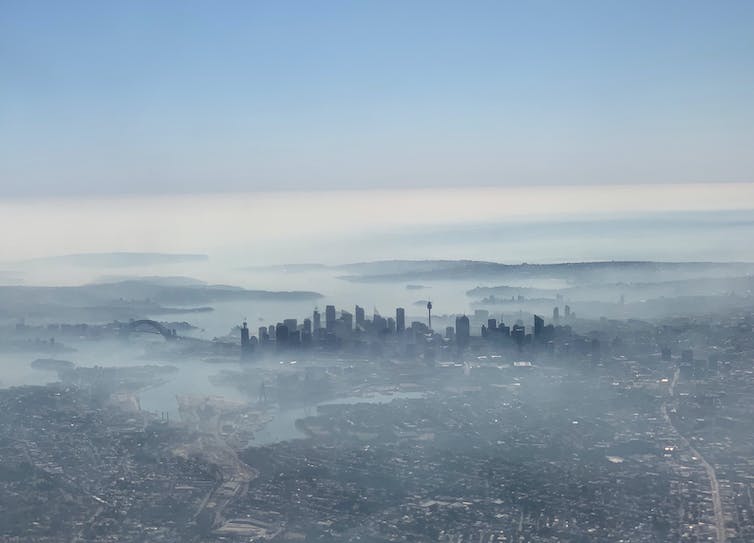 A short history of smoke

Smoke is obviously not a new phenomenon - it has polluted Earth’s air since the invention of fire.

No sooner had I left behind the oppressive atmosphere of the city Rome and that reek of smoking cookers which pour out, along with clouds of ashes, all the poisonous fumes they’ve accumulated in their interiors whenever they’re started up, than I noticed the change in my condition.

Smoke pollution grew worse during the Industrial Revolution, as coal-burning factories proliferated across Europe and the United States. In London, 12,000 people are believed to have died (opens in a new window)in the Great Smog of 1952.

In Australia too, air pollution, including from bushfire smoke, is not new. However laws to deal with it have traditionally targeted pollution from industry, transport, power generation, and vehicles. Until now, bushfire smoke has been seen as a natural phenomenon (opens in a new window), outside human control. 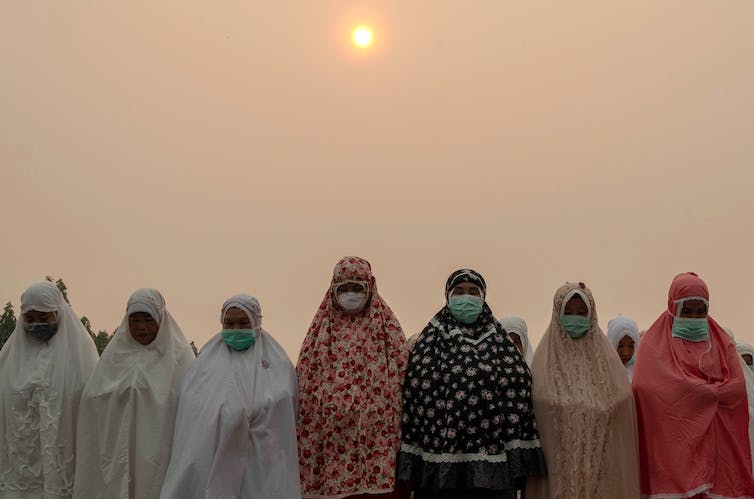 Indonesian women wear protective masks as they perform a mass prayer for rain to combat the smoke haze and drought season in Indonesia. AFRIANTO SILALAHI

Where to point the finger?

Australia’s fires are not the first to be felt far from their origin.

In 2018, smoke from wildfires on the west coast of the United States reportedly travelled (opens in a new window)to the east coast of the continent to states such as Missouri, Ohio, New York and Massachusetts.

As climate change worsens, and so too the frequency and extent of bushfires, it is critical that all efforts are made to prevent smoke from being emitted in the first place, and spreading around the world. However this requires identifying those responsible - a slippery concept when climate change is involved.

The Bureau of Meteorology recently confirmed (opens in a new window)what many strongly suspected: climate change contributed to Australia’s hottest, driest year on record on 2019, which led to the extreme bushfire season. 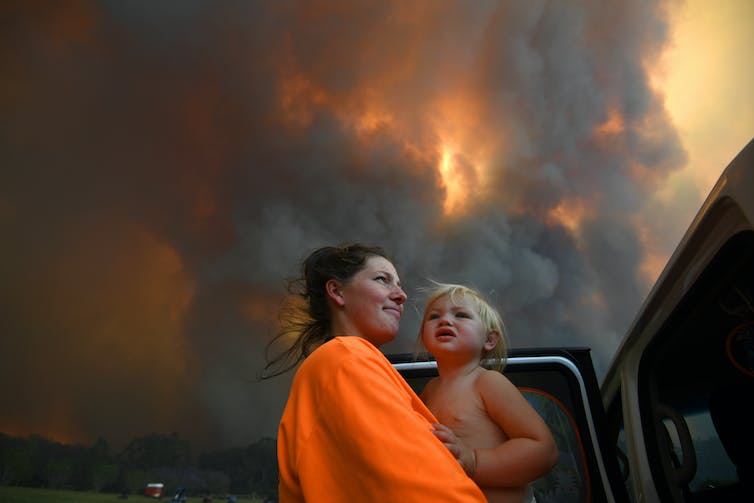 Sharnie Moran and daughter Charlotte look on as thick smoke rises from a fire near Coffs Harbour, NSW.Dan Peled/AAP

There is also a strong argument to hold corporations responsible for climate change – one analysis in 2017 (opens in a new window)found that just 100 companies were responsible for more than 71% of the world’s greenhouse gas emissions since 1988.

But whether we blame a particular government or other human actors, the current suite of international laws are insufficient for holding them to account.

The law has failed

But despite this proliferation, the world is not on track (opens in a new window)to limiting planetary warming to less than 1.5℃ this century - a threshold beyond which the worst climate change impacts, including uncontrollable bushfires, will be felt.

Read more: What do Sydney and other cities have in common? Dust (opens in a new window)

This is because most of the laws and policies consist of “declarations” and soft law – that which is not legally binding, and so is easily ignored. Few deal with issues of restorative justice – until now a criminal law concept which involves repairing the harm caused by criminal behaviour.

Experts have argued that (opens in a new window)the idea could be applied to disasters, drawing all parties to come together to deal with its aftermath and implications for the future.

The United Nations, which last year released the first-ever assessment (opens in a new window)of global environmental rules, says weak enforcement was “a global trend that is exacerbating environmental threats” including climate change and pollution. It also pointed to the need to properly fund government agencies responsible for enforcing laws. 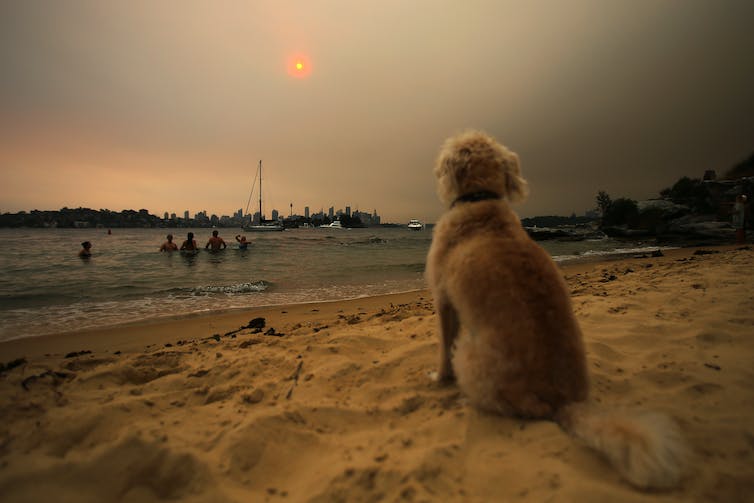 Beachgoers in Sydney amid smoke haze from bushfires in New South Wales.STEVEN SAPHORE/AAP

Many climate change impacts, such as sea level rise, are almost invisible. But bushfire smoke rapidly engulfs a city skyline. It travels beyond national borders and is impossible to ignore.

As fire seasons worsen, political leaders will come under increasing pressure to stem the emission and spread of bushfire smoke. Key to this will be stronger climate change laws and enforcement, which recognise that a bushfire in one country can quickly become the world’s problem.