Warning: Aboriginal and Torres Strait Islander visitors to the website please note this page contains images of Indigenous people who are now deceased. This project studies early twentieth-century museums in Australia, Europe, North America and New Zealand. It investigates the new relationships between museums, anthropological fieldwork and social governance that emerged over this period. What roles did anthropology museum collections play in metropolitan public spheres? What roles did they play in relation to the governance of colonised populations? How did these roles vary across different colonial contexts? In addressing these questions the project explores their relevance to contemporary debates and practices focused on the relations between museums and Indigenous peoples. It is assisted in this by an Indigenous Advisory Committee in Australia and an Indigenous Reference Group in New Zealand. Since the 1980s there have been significant changes to museum practices and policies that are designed to promote their use as civic institutions for fostering cross-cultural understanding in culturally diverse societies. Museums in Australia, the United States, France, Britain and New Zealand have developed new relationships with the cultures of both Indigenous peoples and multicultural populations. These museum practices are commonly presented as breaking with the roles played by museums in the nineteenth and early twentieth centuries, when cultural differences were represented in racialised hierarchies. While true in some contexts, this neglects the varying conceptions of cultural difference associated with the new relationships between museums, anthropological fieldwork, and programs of colonial governance that were developed over this period. This study addresses this deficiency by examining these aspects of museum practices in Australia, Britain, France, New Zealand, and North America.

The aims of the project are to: 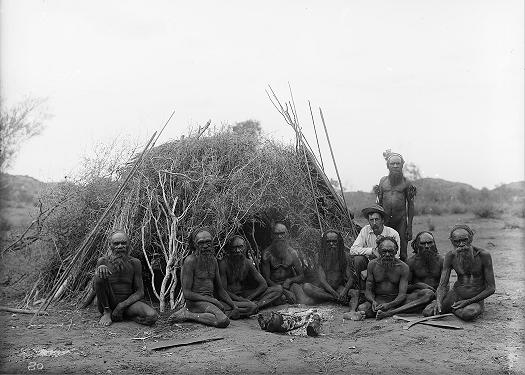 The project advances a range of case studies that explore how significant developments in the practices of collecting cultures became implicated in the rationalities of government. These include: This project develops and applies new methods for the analysis of museum practices by exploring the relations between governmentality theory, assemblage theory, actor-network theory and cultural capital theory. Drawing on Michel Foucault's notion of governmentality, the project investigates the ways in which ethnographic knowledges associated with the case studies examined are layered into various practices that target conduct: whether it be, for example, exhibitions and education programmes that seek to shape metropolitan public opinion with regard to colonized others; or colonial administrative practices that would aim to govern the colonised through Indigenous custom. Bruno Latour's account of 'the circulation of reference' between the field and the laboratory informs the project's analysis of the flows from the site of anthropological fieldwork through the museum and back to the field via ethnographically informed practices of colonial administration, and of the flows from the field through the museum to the public via exhibition and education programmes. Pierre Bourdieu's concept of cultural capital supplies critical leverage on the ways in which ethnographic competencies come to establish and distinguish the ethnographic authority of particular cultural and political elites in both metropolitan and colonial contexts. 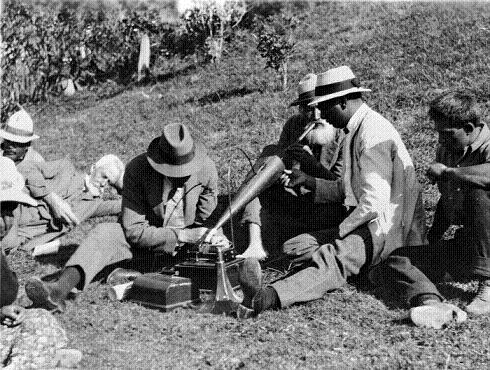 In its research activities the project follows the AIATSIS Guidelines for Ethical Research (opens in a new window)and is guided by the following principles:

Principle 1: Recognition of the diversity and uniqueness of peoples, as well as of individuals, is essential

Principle 2: The rights of Indigenous peoples to self-determination must be recognised.

Principle 3: The rights of Indigenous peoples to their intangible heritage must be recognised.

Principle 4: Rights in the traditional knowledge and traditional cultural expressions of Indigenous peoples must be respected, protected and maintained.

Principle 5: Indigenous knowledge, practices and innovations must be respected, protected and maintained.

Principle 6: Consultation, negotiation and free, prior and informed consent are the foundations for research with or about Indigenous peoples.

Principle 7: Responsibility for consultation and negotiation is ongoing.

Principle 8: Consultation and negotiation should achieve mutual understanding about the proposed research.

Principle 9: Negotiation should result in a formal agreement for the conduct of a research project.

Principle 10: Indigenous people have the right to full participation appropriate to their skills and experiences in research projects and processes.

Principle 11: Indigenous people involved in research, or who may be affected by research, should benefit from, and not be disadvantaged by, the research project.

Principle 12: Research outcomes should include specific results that respond to the needs and interests of Indigenous people.

Principle 13: Plans should be agreed for managing use of, and access to, research results.

Principle 14: Research projects should include appropriate mechanisms and procedures for reporting on ethical aspects of the research and complying with these guidelines.

*Ira Jacknis is Research Anthropologist at the Phoebe A. Hearst Museum of Anthropology, and adjunct professor of Anthropology and Folklore, University of California at Berkeley. He received his Ph.D. in anthropology from the University of Chicago (1989). Before coming to Berkeley in 1991, he worked at the Brooklyn Museum, the Field Museum, the Newberry Library, and the Smithsonian Institution. His research interests include the art and culture of the Native peoples of Western North America, the history of anthropology, museums, and the ethnographic media of still photography, film, and sound recording. He is the author of The Storage Box of Tradition: Kwakiutl Art, Anthropologists, and Museums, 1881-1981 (Smithsonian, 2002), Carving Traditions of Northwest California (Hearst Museum, 1995), and the editor of Food in California Indian Culture (Hearst Museum, 2004), as well as numerous essays.

The Institute for Culture and Society together with Australian Museum, the Heritage Studies Programme at Victoria University of Wellington and the Museum and Heritage Program at the University of Sydney hosted Museum, Collecting, Agency: a symposium on April 1-2, 2014.

The symposium explored questions of agency as they relate to museum and museum-like practices of collecting, particularly in connection with histories of colonialism and their legacies. In this it contributed to lively engagements within museum scholarship on the role of objects and colonialism. Advancing these discussions the symposium focused on the question of agency and its implications for understanding ethnographic museum collections and collecting practices. Recent scholarship exploring the agency of Indigenous subjects in the processes of anthropological collecting has de-individuated the work of anthropology in the formation of ethnographic collections and anthropological knowledge, establishing them not as the exclusive output of the European scientist-collector, but rather as a product of collaboration and contestation made in exchange between anthropologists and Indigenous subjects. The symposium continued this trajectory by turning attention to the range of human and non-human actors involved in ethnographic museum collections. In this it sought to investigate the ways in which the agency of such collections come to be distributed across human subjects and non-human entities, such as objects, tools, technologies, texts, theories and cosmologies. Investigating the friction as well as the flows of their agency, the symposium explored the heterogeneous agents through which ethnographic collections come to be assembled.

This workshop investigated the ways in which the processes of collecting cultures are implicated in the rationalities of government in various late nineteenth and early twentieth century colonial contexts. The roles played by different kinds of knowledge associated with practices of collecting – anthropology, archaeology, folklore studies – in shaping different forms of colonial rule were of particular interest. A case study approach facilitated this exploration, providing the opportunity to compare and contrast the ways in which processes of collecting cultures are implicated in different colonial rationalities in different colonial contexts; be it, for example, those of settler, conquest, or neo-conquest colonialism. The workshop brought together an international group of scholars who share an interest in questions of colonial governmentality and who have expertise in the histories of museums and the practices of collection associated with the colonial experiences of Australia, France, Germany, India, New Zealand or North America. The workshop generated papers for an edited collection/special issue which made a significant contribution to the literatures on governmentality, museums and collecting.

Cameron, F 2014, 'From "dead things" to immutable, combinable mobiles: H.D. Skinner, the Otago Museum and University and the governance of Māori populations' (opens in a new window), History and Anthropology, vol. 25, no. 2, pp. 208-226.