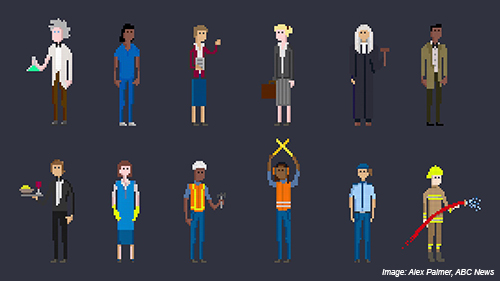 Research led by the Institute for Culture and Society at Western Sydney University features in an ABC podcast series on class and interactive digital article this April.

The University-led major national survey of over 1,200 Australians found that social class has a strong influence on their cultural tastes, with level of education and occupation being key factors in determining cultural preferences.

Lead Investigator Professor Tony Bennett says that class remains significant in the daily choices and lifestyles of Australians, and that it is critical to the patterns of inequality in contemporary Australia.

“There are very clear connections between the cultural advantages that middle and upper middle class Australians derive from their home backgrounds, their educational successes, their later occupational careers and the cultural tastes they develop that distinguish them from other Australians. The role of culture in the inheritance of inequalities shows that Australia has a long way to go before it can truly be the fair-go country it claims to be,” he says.

Professor Bennett was interviewed at length in ABC RN’s Big Ideas podcast series on class with Richard Aedy, which began on 2nd April and ran for four consecutive evenings on the radio.

Now the ABC gives the Australian public the chance to reflect on their personal cultural tastes by answering online questions (opens in a new window)about their television, music and literary activities and tastes, and comparing their results with the research project’s findings.

“Engaging with this online quiz will help Australians get a sense of how their age, gender, level of education and social class shape the distinctive pattern of their cultural tastes and interests. Just as important, it will tell them a lot about the cultural tastes of Australians who differ from them in these respects, and provide plenty of food for thought about how culture, class, age, education and gender interact in ways that account for the persistence of inequalities in contemporary Australia,” says Professor Bennett.

With increasing divisions of wealth in Australia causing new class divides, it is more important than ever to consider how class plays out in the everyday lives of Australians and what can be done to address these inequalities.

About the Research Project