Opinion: Pay to Play: Is Participating in Sport Becoming too Expensive for Everyday Australians?

Australians spend nearly A$11 billion a year on sport and physical activity participation fees, according to the Australian Sports Commission.

Not surprisingly, many people believe these costs are becoming far too expensive. Retired football player and SBS sports analyst Craig Foster recently criticised the rising registration fees for football clubs across the country. He argued that elite-level sport leagues should increase their funding for grassroots participation. 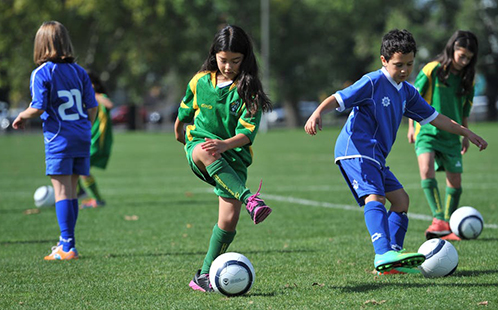 Others agree that more needs to be done to reduce cost barriers and increase participation. Some experts are warning of a “growing grassroots divide between families able to afford junior sport” and those who cannot.

Our own newly conducted research shows the impact sports participation fees are having on families in one state – New South Wales. In our survey of 696 people, we found respondents were paying over A$1,100 on average to play a sport each season. On top of this, they were spending A$450 on transport, bringing the total sport participation cost to around A$1,500 per person per season.

Sixty-five percent of respondents reported that these costs had risen in the past year. As one participant noted:

A paradox seems evident: as a nation we are encouraged to be involved in sport. However, for some families, the cost of such involvement is prohibitive.

A Breakdown of costs

Data from our study indicate that participation costs are rising across the board in a variety of sports.

The biggest expense for respondents in our survey was registration fees levied by sporting organisations. This amounted to A$225 a year on average. But many people reported additional costs on things like equipment (required to play many sports), coaching and lessons, and uniforms and footwear. Each of these categories cost participants over A$200 a year on average.

Current costs (including registration, club/facility fees, coaching and equipment) for the top 16 organised sports in NSW are shown in the following table:

Some NSW respondents believed junior clubs might have increased their fees after the government introduced its Active Kids program earlier this year. This allows families to apply for a A$100 voucher each year to offset sports fees for their children.

But other respondents said costs have been rising for years and government subsidies aren’t trickling down to many families or local sport clubs:

In rural/regional areas, facilities are poor to average. Local councils do not have the funds to adequately improve and refurbish existing facilities. In my area, new sporting facilities are too expensive for the local council to construct without major grants assistance. My local cricket club is relatively strong and well supported. However, at least one of the local clubs will fold due to the ever-increasing costs.

Cost as a barrier to sports participation

The impact of rising participation costs is being felt in a number of ways.

Our study showed that around 10% of respondents had borrowed money (not including credit cards) to participate in sports at an average of A$5,000 per person. Thirty-five percent of respondents also reported greater credit card debt due to sport fees.

Worryingly, participation costs were also found to be a major barrier for many children wanting to play sport. As one respondent told us:

We have two sons. Only the eldest gets to play sport because of the cost. There was absolutely no way we could find A$1,000 for rego two weeks after Xmas. The youngest just misses out. Totally unfair, but the fiscal reality. We have a mortgage to pay.

Nationally, sport participation rates increased slightly for school-aged children (15 years and under) outside school, from 20% in 2016 to 25% in 2017, according to AusPlay data released by the Australian Sports Commission.

But, again, income levels were a major factor when it came to participation rates. According to the AusPlay data, high-income families are far more likely to have children in sport programs (84%) compared to low-income families (58%).

AusPlay data also showed a slight decrease of 4% in adult participation in the 16 main organised sports across Australia from 2016-17.

As has been argued many times before, investment in elite sport does not always drive grassroots participation.

Yet government funding is still being funnelled into major sport infrastructure projects at a disproportionate rate compared to grassroots funding.

Although the NSW government has backed down from its widely criticised plans to spend A$2 billion on a small number of elite stadiums, the revised budget only knocked A$500 million off the total cost.

Our survey respondents highlighted the cost to hire grounds as a contributing factor in increasing registration costs. On the positive side, the latest NSW budget includes an extra A$130 million in funding for Active Kids vouchers, along with A$100 million for regional sport infrastructure and A$100 million for facilities in greater Sydney. However, this funding seems insignificant when compared with the A$1.5 billion allocated to the major stadium development projects.

Rather than increasing funding for elite sport, governments should invest more in subsidies to make sport participation more affordable. Rebates for children are a good start, but more subsidies are needed, particularly discounts or vouchers for larger families, those playing multiple sports and lower-income families. This will ensure that access to sport does not become a privilege reserved for the social elite and is open and accessible to all.

This opinion piece co-authored by Dr Keith Parry and Dr Michelle Cull was first published with full links in The Conversation (opens in a new window).