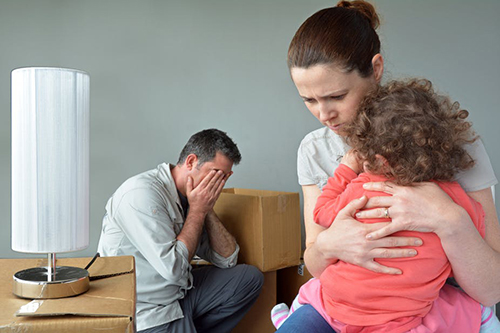 Following a review of the New South Wales Residential Tenancies Act 2010 in 2016 and extended consultations, the NSW government has introduced a number of reforms to parliament. Debate is expected to occur this week. However, without reform to current eviction proceedings, many housing advocates have expressed concern that these generally good proposals will have little effect. Today, 45 housing researchers from a range of disciplines have signed the following open letter.

We are academics who research and teach about housing. We come from a range of disciplines – for example law, economics, social sciences, planning – and many of us have worked variously with housing providers, tenants’ groups and government agencies on housing issues. We have in common commitment to the principle that everyone should have a secure, affordable home of decent standard, whether they own or rent.

Too often, however, our rental housing sector fails to deliver on this principle. There are numerous reasons for this; one of them is the legal insecurity of tenants under current New South Wales residential tenancy laws. In particular, the provision for landlords to give termination notices, with no grounds, at the end of a fixed-term tenancy or during a continuing tenancy is contrary to genuine security.

Our deficient current laws are also increasingly out of step with tenancy laws in comparable jurisdictions. Many European countries, as well as most of the Canadian provinces and the largest US cities, do not provide for “no grounds” terminations by landlords.

We call on the NSW state government to improve security for renters, by legislating to end no-grounds termination by landlords and providing instead for a prescribed set of reasonable grounds for terminations.

These reasonable grounds would include grounds already in the legislation, such as rent arrears and other breaches by the tenant, and sale of the premises, as well as new grounds, such as where the landlord needs the premises for their own housing, and where the premises are to be renovated, demolished or changed to a non-residential use.

The prescribed reasonable grounds should have different notice periods, reflecting their different degrees of urgency and priority. Proceedings on notices should go, as they currently do, to the NSW Civil and Administrative Tribunal, and the tribunal should determine whether the ground exists and whether termination is justified in all the circumstances.

This reform would make all tenants feel more secure, without unduly restricting landlords in reasonable uses of their properties. The only inconvenience would be to the retaliators, the discriminators and those who cannot cope with even a modest level of accountability. If the reform prompted these landlords to leave the sector, they would sell to a new home owner or to a more professionally minded landlord – either of which is to the good.

There is more to be done across a range of policy areas to improve the functioning of all aspects of our housing system. We need more accessible home ownership, a differently structured and more professional market rental sector and a revitalised social housing sector. These changes require a comprehensive housing policy, coordinated across areas and levels of government and carried out over a long term.

But, in tenancy law, the single most important reform is ending “no grounds” termination by landlords. And the parliament could do it now.

Dr Justine Humphry, Lecturer in Digital Cultures, Department of Media and Communications, The University of Sydney

This open letter signed by Institute for Culture and Society researchers Dr Louise Crabtree and Dr Emma Power was first published in The Conversation (opens in a new window).