Sydney Seminar for Culture and Society - Is Small Still Beautiful? 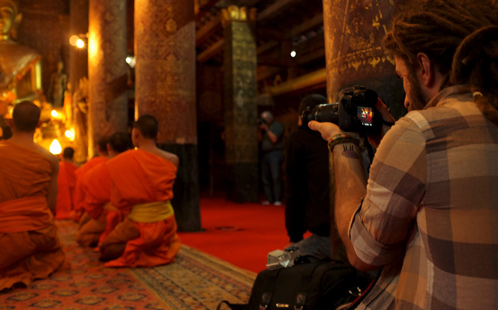 The role of anthropologists has changed remarkably over the past century. Whereas ethnographers once travelled to remote societies to document the alien existences of far-flung cultures, nowadays many communities across the world record their diverse lives themselves through a bewildering array of social media and digital channels.

The Sydney Seminar for Culture and Society organised by ICS and Sydney Seminar at the University of Western Sydney will discuss how the role of ethnographers is now more crucial than ever as they shift their focus from shining a light on unknown cultures to explaining how our own societies are shaped as they become increasingly mixed up and plugged into the digital world.

Giving the keynote address at the State Library of NSW is Professor of Anthropology at the University of California, Irvine, George Marcus, who has played a crucial role in pushing researchers to adapt ethnographic methods to the complexities of 21st century society.

How is the work of researchers impacted by the tensions between the local and the global? And how are they implicated in the desire of corporations, institutions and governments to exercise cultural influence? These are some of the questions Professor Marcus will address in his lecture.

Joining Professor Marcus for the Seminar is the Director of ICS, Distinguished Professor Ien Ang (opens in a new window), a world leader on the politics of identity and difference, and author of On Not Speaking Chinese.

"The ability to look beyond economic statistics and behavioural surveys to expertly document the rapid evolution of humanity is now more vital than ever," says Professor Ang.

"Anthropology faced an identity crisis as their traditional methods of academic enquiry were overtaken by globalisation, and Professor Marcus has been a world leader in revolutionising the field."

"For example, he is currently conducting research on the internal operations of the World Trade Organisation, on what makes the people working there tick. This has never been done before. We are honoured to host him."

George Marcus is the author of pioneering books such as Writing Culture (with James Clifford) and Ethnography through Thick and Thin.

The Sydney Seminar for Culture and Society: Ethnography Today is being held at the NSW State Library on Tuesday March 25.