On July 17 and 18, UWS and Diversity Australia jointly hosted the 4D National Conference at the UWS Parramatta campus.

The event brought together leading academics and community leaders who addressed issues of diversity, disadvantage, discrimination and development in Australia.

ICS researchers Dr George Morgan and Professor James Arvanitakis both presented at the event. Dr Morgan spoke about islamophobia and the threat it poses to multiculturalism, while Professor Arvanitakis co-convened the conference and presented on his pedagogical approaches to teaching racism to his first-year students.

An asylum seeker who lost three young daughters in the SIEV X tragedy also presented at the event.

Mr Maqsood Al-Kabir, The Chief Executive of Diversity Australia and co-convener of the conference, said conferences such as these were integral to creating meaningful change in Australia.

"When the fear of difference takes root, lines are drawn down religious sides and the divides between culture, faith and language can prevent us coming-together. The 4D National Conference was designed to bring academics and the community together to prevent division," he said.

All keynotes and presentations will be available as a scholarly publication reviewed by Professor Arvanitakis, Mr Al-Kabir and Dr Nina Burridge. 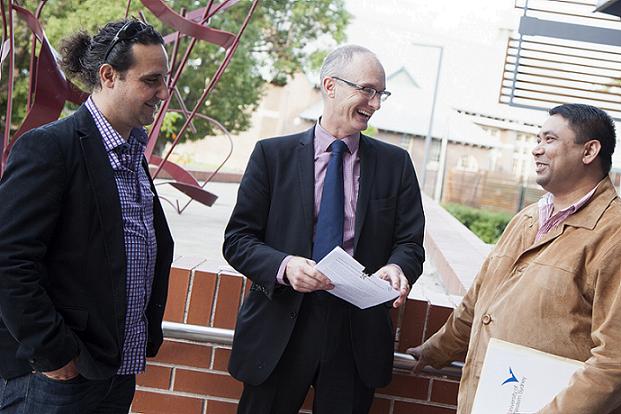