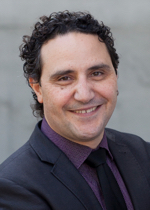 James is internationally recognised for his innovative teaching style and was the recipient of the Prime Minister’s University Teacher of the Year Award in 2012 and an Eminent Researcher Award from the Australia India Education Council in 2015. In 2017 he was appointed a Research Fellow of the Australian India Institute and sits on the Australian Indian Education Working Party.

A former economist and free market advocate, James changed his position after witnessing child and indentured labour. After 9 years of working in finance, he has since worked with a cross-section of organisations across Australia, Asia, Pacific and Europe including Oxfam Hong Kong, Aid/Watch and Friends of the Earth (France).

His research areas include citizenship, resilience, piracy and the future of universities. James has authored over 100 articles in his latest book is an edited collection titled Teaching and Learning in Higher Education in India and Australia (2019) published by Routledge.

James is a regular media commentator appearing on ABCNews24. He tweets at @jarvanitakis (opens in a new window).

Arvanitakis, J. and Hornsby (eds.), 2016, The Citizen Scholar and the Future of Higher Education, Palgrave, London.

Arvanitakis, J. and Hodge, B., 2015, “Engagement and Citizenship: Universities in the Contemporary World”, The Citizen in the 21st Century, Interdisciplinary Press, Oxford. Pp.191-200.

Arvanitakis J, Sidoti E, 2011, ‘The Politics of Change - Where to for Young People and Politics’ in In Their Own Hands: Can Young People Change Australia?, Lucas Walsh and Rosalyn Black, Melbourne, Australia, pp 11-19

Keith Heggart, James Arvanitakis, Ingrid Matthews (2018) “Civics and citizenship education: What have we learned and what does it mean for the future of Australian democracy?”, Education, Citizenship and Social Justice,