Professor James Arvanitakis and Professor Bob Hodge (with the Interdisciplinary Network) organised the conference titled The Citizen in the 21st Century which was related to their ARC Discovery Grant. Thirty participants met over a three-day period. Part of the program was to discuss the idealised understanding of citizenship presented by many civic institutions, and the everyday reality. As part of that, James led a number of excursions including this one to his favourite noodle bar. 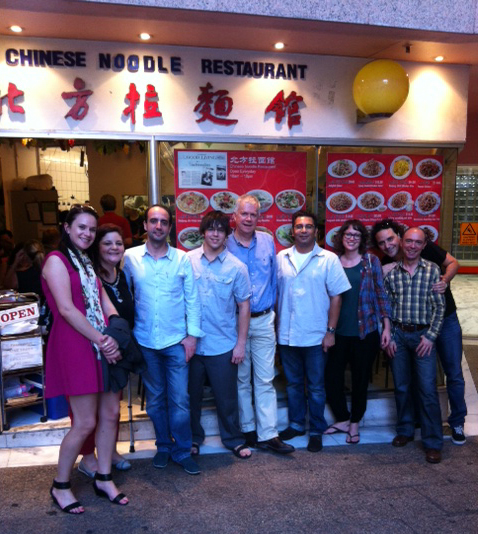 James, Bob, and Research Assistant Ingrid Matthews all presented and chaired sessions at the event.

At the Football and Communities: Across Codes conference, also held by the Interdisciplinary Network over the same three days, Professor David Rowe gave an invited presentation: ‘Sport Across Communal Universes’.

The conferences were held Monday 4 to Wednesday 6 February at the Mercure Hotel in Sydney.