Decolonising the Human: Towards a Postcolonial Ecology

Do you think you're human? This project interrogates how the notion of mind has come to shape western attitudes about what it means to be human. Focusing on the notorious head measuring practices of colonial times, it provokes a rethinking of our cherished claim of being privileged among other life forms. 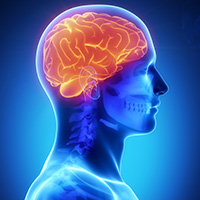 Professor Kay Anderson is examining how notions of mind and intelligence have informed Western attitudes about what it means to be human. This project is funded by the Australian Research Council through its Discovery Projects grant scheme.

‘The threat of ecological catastrophe has put into question the idea that people enjoy a privileged relationship to their environment,’ says Professor Anderson. ‘We commonly think of ourselves as separate from – and superior to – other life-forms on earth’. Accompanying this sense of separateness is the idea that over time humanity has increasingly learnt to control nature. But if this isn’t helpful, neither is it to say - as Darwin did – “we are all just animals”. I would argue that if we are to build a sustainable form of human culture we need to go beyond tales of a divine or inherent exceptionalism that will solve all our problems, or of a bald naturalism that denies species their singularity. To explore these questions, the project re-thinks the notorious 19th century practice of head measuring which has been largely linked with racist ideas. The research will explore the “evidence” of developmental variations between groups of the world’s people used in efforts to formulate humans as exceptional beings. Head-measuring arose as part of the western idea that the defining quality of mind is located in the brain whose size and capacity could be taken as indicative of an animal-surpassing “intelligence.”’

The research will examine archival and museum records in Australia, London, France and Edinburgh of publications, lectures, debates and documents to reconstruct events contributing to development of these beliefs and ideas.