This article was published in Discard Studies and is republished through the Creative Commons license (Attribution-NoDerivs CC BY-ND).

‘Disposable’ usually describes minor ephemeral things from take-away coffee cups to plastic bags. More recently, it has been applied to furniture, fashion, technologies and even people. But what does it mean? The phrase ‘easy come, easy go’ captures many of the popular assumptions about disposability. Disposable items are immediately available and appear to be never ending – think of the huge box of free plastic straws on the fast food counter. These items have a very short working life. The utility of disposable things is exhausted fast, most are designed to be discarded after single use. Disposable things are transient, they are part of the incredible flow of material items that move through our hands every day. When we describe something as ‘disposable’ we are really describing it as rubbish, we are pointing to the fact that it was made to be wasted – not reused. Disposable goods are the ultimate expression of planned obsolescence1, their imminent future as rubbish is palpable before we even pick them up. 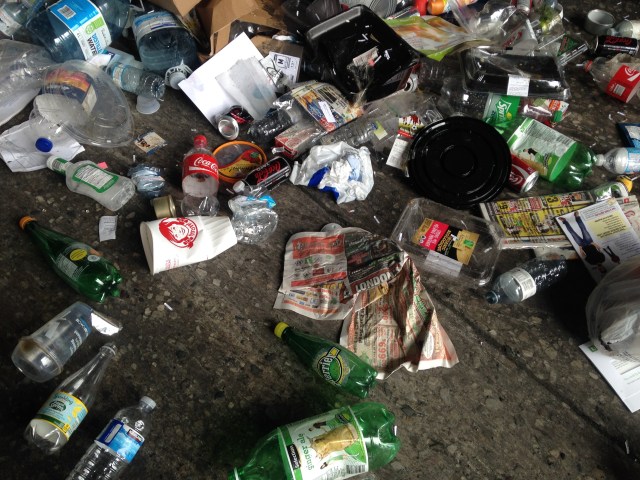 Disposable describes the characteristics of numerous mundane things that most people don’t notice and don’t value, but what about the term disposability? This hints at the fact that disposable items need a certain human disposition. They need people who have the ability to throw away often and without concern. Disposability highlights how things design us. The development of new objects and markets driven by single-use and high turnover only succeeded because consumers changed their habits and learned to be comfortable with wasting. Disposability involves distinct economic practices that depend on particular qualities in both material objects and humans. Disposable objects and the ability to constantly discard go together.

While objects have always been discarded, disposability as a major economic and cultural shift is historically recent, novel and has involved huge transformations in economies, environments, material culture and practices of discarding.2 The invention of the Gillette razor in 1906 is generally seen as the standard bearer of mass-market capitalism and the progenitor of the notion of disposability.3 The Gillette blade was designed to be thrown away when it got blunt. It was an alternative to the straight razor that had to be regularly resharpened and was meant to ‘last a lifetime’. The Gillette blade disrupted an existing practice of reuse, generated new shaving and waste habits, and established the principles of a disposable economy driven by high volume sales of a relatively cheap item designed for limited use, discarding, and then replacement. Throughout the early twentieth century more and more disposable things were developed reconfiguring markets, waste streams and everyday life – some key ones were feminine hygiene products, the Kleenex tissue and baby diapers.4 However, it was the post WWII period that saw disposability emerge as a widespread, acceptable and, eventually, almost universal and ‘natural’ practice. This is when mass markets and mass consumption dramatically expanded, and when new materials emerged – particularly thermoplastics and super absorbent polymers – that were rapidly applied to most sectors of the economy especially health services,5 personal hygiene6 and food.7 As plastics spread, the challenge for the industry was to transform previous perceptions of it as an incredibly durable material into a single use material.8 In order to build new markets and applications, plastic had to be requalified from tough and long lasting to transient and disposable. Plastic’s material qualities certainly helped – consider the example of clingfilm which spread through the fresh food sector from the early 1960s and rapidly became the skin of commerce: light, ephemeral and barely there before it was gone (Hawkins 2018a). In seeking to make plastic the dominant material for packaging and for the production of fast-moving consumer goods like beverage bottles, the plastics industry turned this material into a powerful medium of disposability. There is no question that plastics have been central to making throw away cultures.

Many disposable items like plastic bags or polystyrene clam shells or tissues can be considered as ‘gesture goods.’ They facilitate certain practices such as eating on the move or blowing your nose, and then leave as soon as that action is performed. The incredible proliferation of disposable gesture goods in the second half of the twentieth century signalled the climax of ‘presentism’9 or a concern with meeting immediate needs above all else. These goods were instantly accessible, designed to be used now, and weren’t kept or widely circulated. They existed in a liminal zone between possession and dispossession. They encouraged a careless attitude based on valuing convenience, immediacy or hygiene – at the expense of any concern for the afterlife or stewardship of the object, for where it actually ended up. The rise of gesture goods also signalled the central role of disposable items as essential market devices in the development of whole new spheres of consumption such as the fast food10 and personal hygiene sectors.11 Monroe in an advertisement for Lustre Creme shampoo in a September 1953 issue of Modern Screen (opens in a new window). No copyright.

As Max Liboiron has noted (opens in a new window), disposability is a fundamental part of modern capitalist economies.12 It supports the assumption that continual growth and continual wasting is the only way economies can operate. Disposability is also often seen as the epitome of ‘fast capitalism’13 where rapid turnover, speed in delivery, and linear throughput depend on externalizing the vast amounts of industrial waste that this inevitably generates. The acceleration of economic and everyday life over the second half of the twentieth century14 was another distinctive marker of capitalist economies in the global north that were built on disposability, and the demand for immediate access that this practice provoked.

Disposability was a revolutionary economic and cultural transformation that escalated during the twentieth century in capitalist countries.15 Only countries dominated by this type of economy, and the high consumption levels they demand, could afford the ‘luxury’ of disposability and constant wasting as a sign of ‘affluence’. Initially disposability was resisted in some situation16 because of its troubling effects but was ultimately successful because of the force of the economic changes it provoked and the power of its original promise. Disposable things were cheap, accessible, convenient, hygienic, time-saving, pro gender-equality,17 modern! The dark side of disposability has been its huge resource implications, the way in which it supports growth as the primary objective of economic activity,18 and the huge toxic waste burdens it has generated. Gradually, as these negative effects became visible – in the massive expansion in waste volumes, in urban litter, in the introduction of recycling as a supposed solution, in contaminated landscapes and oceans – disposability has come under serious challenge. Beyond the recent growth of regulations and bans to limit the use of disposable items, like plastic bags and straws, we are now witnessing the rise of interesting economic innovations focussed on disrupting disposability.19

Just as disposability disrupted practices of reuse, we are now seeing the rise of reusable items to displace the single-use object. Menstrual cups, keep cups, refillable bottles, canvas shopping bags are all making comebacks. These are promoted as part of the ‘reuse revolution’ and while they are admirable, their impact is limited.20 Changing consumer behaviour through activism or new habits is not where serious challenges to disposability will happen. Industry often supports these consumer actions – just like they often fund community clean up days to tackle litter – because it takes the spotlight off them and their fundamental role in maintaining disposable economies and cultures. 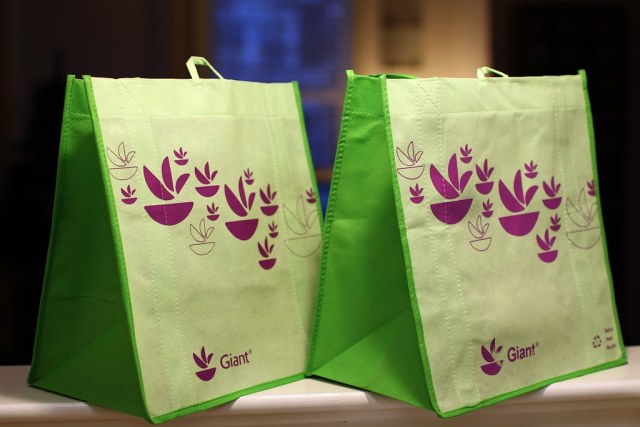 Where the real disruption to disposability has to come from is in the design of economies and markets that are not built on structural wasting either in production or consumption. These ‘new economies of waste’ are visible in developments like unpackaged supermarkets, zero waste businesses, container deposit schemes, circular economies, two way systems of packaging collection and reuse (opens in a new window), urban mining, new procurement strategies, community economies, sharing economies and more. Each of these cases is distinct and challenges the logics of disposability and inexorable growth in different ways. What they reveal is that disruption is possible through various new economic arrangements that actively seek to displace disposability with more sustainable, careful and just economic practices. These new economies of waste are wrestling with the fundamental question: how do we live with less disposability? The solutions they are coming up with show how this future is possible and being enacted now.