ICS at the Crossroads 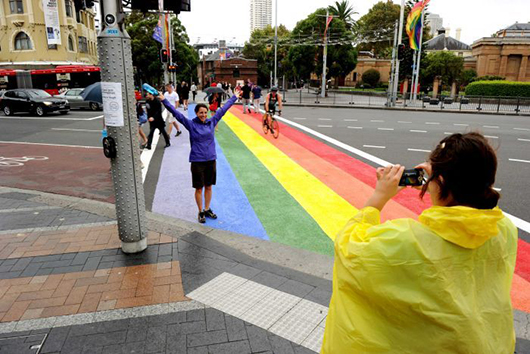 Just as people in Australia are turning their minds to the Christmas holidays, many ICS researchers and research students are seeing out 2016 with over 800 of their peers in one of the largest cultural studies conferences in the world.

The Association for Cultural Studies' Crossroads in Cultural Studies conference (opens in a new window)is taking place in Sydney in mid-December at co-host University of Sydney's Camperdown campus, with a pre-conference for research students held at the Parramatta campus of co-host Western Sydney University.

ICS researchers will lead three panels presenting the work of major research projects: two on Australian cultural production, practices and tastes, and one on Sydney's Chinatown in the Asian Century. They are also participating in several other panels and sessions and, along with research students, giving many individual presentations (see pdf attached for details).

Taking part in Crossroads 2016 on our own doorstep – this is the first time that it has crossed the equator – represents an intellectually stimulating end of year for the busy citizens of ICS.

Cecelia Cmielewski, 'Creative and Organisational Leadership for the Arts in a Multicultural Australia: Curiousworks and Performance 4A'

Phillip Mar, 'Uses of Diversity: Australian Multicultural Arts and the UNESCO Convention on the Diversity of Cultural Expressions'

Hermann Ruiz, 'Caring for the Environment'

Oznur Sahin, 'Civic Engagement Through the Performativity of Islam and Secularism in Istanbul'

Liam Magee (Chair), 'Towards Thick Data: Stories from the Field'

Harriette Richards, 'My Mother's Dress: The Uncanny in a Remembered Photograph'

Ece Kaya, 'Old Industrial Waterfront is the New Space of Consumption: The Rocks of Sydney'

Justine Humphry and Alana Lentin,' A Phone in My Pocket": Antiracism Apps for Combatting Everyday Racism'

Louise Ryan, 'Reputation and Identity: MONA and the Re-branding of Tasmania'

Sarah Barns, 'A New Deal on City Data? Frameworks for Engagement in an Age of Platforms'

Donald McNeill, 'The City of Idle Capacity: Venture Capital and the Monetization of San Francisco'

Louise Crabtree, 'Housing as Commons: Did We Miss Something?

Emma Keltie, Delphine Bellerose, Kari Pihl and Amanda Third, 'Children's Rights in the Digital Age: A download from Children Around the World'

Amanda Third, 'The Engaged Researcher vs. The Robed Scholar: Thinking Through 'Engaged Knowledges'