The Institute for Culture and Society congratulates Professor Bob Hodge who has been awarded the title of Emeritus Professor for his distinguished contribution to teaching and research in the field of humanities and cultural studies, and for his service to the University. 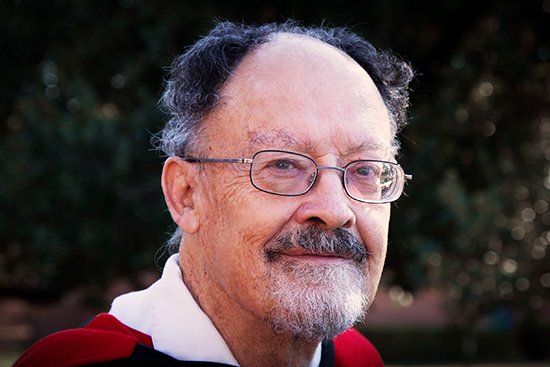 Professor Hodge came to the University in 1993 with expertise in linguistics, semiotics and social theory, and an international reputation as an influential figure in the development of cultural studies as a field of education.

Professor Hodge has provided exemplary leadership within cultural studies at Western Sydney University. In 2008, he received the Vice-Chancellor's Award for Excellence in Postgraduate Research Training and Supervision.

As the Dean of the Faculty of Humanities and Social Sciences (1998–2000), Professor Hodge helped develop the brand of humanities which now distinguishes Western Sydney University in this field. He provided the vision, devised a new curriculum and recruited outstanding staff.

Professor Hodge became a Fellow of the Australian Humanities Academy (Cultural and Communication Studies, Linguistics) in 2000 and received a Centennial Medal in 2002 for services to higher education.

Professor Hodge is an internationally recognised scholar, a highly respected leader in his field and has shown a deep commitment to the University's mission.