Effective online campaigns must be developed with young people and focus on attitudes in order to have the greatest potential to affect behaviour change, according to a new research report: 'Appreciate A Mate': helping others to feel good about themselves.

Co-authored by Dr Philippa Collin and Dr Teresa Swist at the Institute for Culture and Society, the report highlights that effectively targeting attitudes requires reframing key issues that influence young people's safety and wellbeing from the point of view of young people themselves. Moreover, the everyday digital practices young people most value can be reconfigured as strategies for promoting positive attitudes and behaviours. 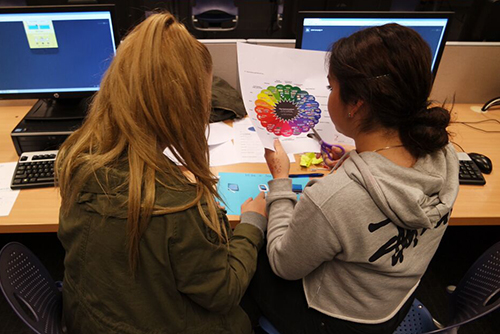 Collaboratively developed with young people aged 12–18, the campaign built on their common practices of seeking and offering encouragement and support online – providing an easy, visually appealing, and fun way to communicate positively about physical and characteristic traits, and to simultaneously feel good about themselves.

'Appreciate A Mate' promoted positive peer-to-peer communications, respect for self and others, and affirmations of body image through mobilising current digital behaviours, such as 'sharing' and 'liking'. The app (opens in a new window) allows users to customise fun, shareable images, written and designed by young people themselves – including statements such as 'You're the coolest person I've ever met', 'Stay true to yourself' and 'Your face makes Facebook better' – to show appreciation and support to their friends. 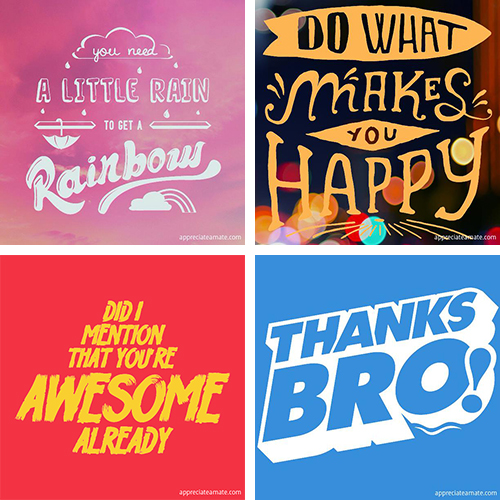 With nearly 50,000 positive images created to date, the campaign has been encouraging positivity and indirectly countering negative behaviours such as cyberbullying, since July 2013.

A key factor in the development of 'Appreciate A Mate' was the use of the participatory design method – bringing together 163 young people, 15 sector partners, researchers, digital strategists, creative agencies and industry partners to formulate the campaign. This process uncovered the need for online campaigns aimed at young people to be playful and interactive, have an element of personalisation, and be easily shareable online, in order to be appealing, engaging and effective. The team also found that monitoring user engagements after the research period assess 'in the wild' use: determining that the potential for reach and impact can extend organically beyond the campaign period – particularly as young people remix and extend the campaign creative.