Women in Sport, Gender in Society 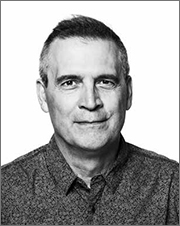 The recent Olympics and Paralympics have once more thrown the spotlight onto the place of women in sport. Sportswomen get considerable media coverage in these quadrennial global events, but they are atypical of a sporting world that is still massively male dominated.

High-end sport mostly involves watching well-paid men playing other men on behalf of sport organisations run by men. What are the prospects for greater equality in this key area of cultural life?

Sport has historically operated to define masculinity and femininity. Male excellence has been encouraged and even demanded but for women, especially in sports involving contact and muscularity, it still tends to be treated with suspicion.

Enhancing girls' and women's participation in sport, which is below that of boys and men, is an important area of social and cultural policy. This is not only a matter of promoting good health, but also of 'cultural citizenship' and the right to take part fully in social life.

There are many barriers to female involvement in sport, including time pressures, body image concerns, disapproval among some cultural groups, family responsibilities and financial cost. Public policy needs to address each of these issues and more, both in sport and its more informal physical counterpart, exercise.

But supporting sport is not only a government responsibility given the enormous commercial involvement of media companies and corporate sponsors. The logic of the 'mediasport' market favours a small number of mainly male sports leagues, despite the popularity of predominantly female sports such as netball.

For many years, women's sport advocates have tried to redress this imbalance by getting more women involved and enabling some to carve out professional careers in which they get paid to play, rather than the other way round.

Slow-paced change has recently accelerated, although from a low base. Top women cricketers can now make a reasonable living, and there have been improvements in the pay and conditions of female basketballers and football (soccer) players.

While they earn far less than most professional sportsmen, and also women in individual sports like tennis and golf, elite sportswomen are making significant inroads into this resilient male bastion.

These developments make commercial as well as sociological sense – the men's sport market is saturated and women are still under-represented as 'producers' and consumers. A new women's AFL league, women's Big Bash cricket and better TV coverage of netball are all signs of progress in this regard.

It is crucial, though, that the price of getting attention is not, as so often before, emphasis on the sexual attractiveness of female athletes.

There is ample room for women to engage with sport at all levels, from playing, coaching and managing to board membership and club ownership. This involvement goes far beyond the traditional nurturing roles of making refreshments and providing 'mum's taxi' services.

Western Sydney University's female students and graduates now have unprecedented opportunities to excel in the culturally prestigious sport world and, in so doing, to contribute to the advancement of all women across the entire society. 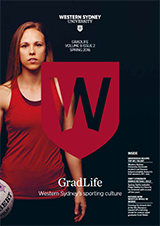