Why Sport Needs Sociology and Why Sociology Needs Sport

Thank you to group convenors Ramón Spaaij and Brent McDonald.

Organised sport has the power of its global popularity, political resonance and economic weight. But sports organisations can lose social and ethical perspective because, in an intensely competitive and increasingly lucrative global sport and ancillary industry environment, they are often subject to 'tunnel vision'. By this I mean that there is an over-concentration on competitive advantage in relation to other sports and/or sports organisations, and a diminishing concern with the maintenance and development of a wide-ranging and positive relationship between sports and the societies that nurture them. Sport is also prone to excessive myth-making that seeks to place it beyond the everyday world of politics and material struggle. Yet, paradoxically, sport is often – sometimes cynically, sometimes sentimentally – the plaything of the political apparatus. Critical sociology is an essential corrective to this tendency, its organised scepticism constantly asking troubling questions about who wins and who loses – and that does not only mean on the sporting field.

Sociology, therefore, should be dedicated in part to saving sport from itself. This does not mean that sociologists always have the right answers, but they can puncture some of sport's most egregious pretensions and mystifications. In this task they need to engage not only with sportspeople and organisations, but governments, corporations, fans and the citizenry at large. Sociologists can bring to bear theoretical explanation and empirical research that spans space (from global to transnational to national to local), time (from pre-modern to modern to postmodern) and social location (from the domestic hearth to major institutions, from primary groups to mass audiences). 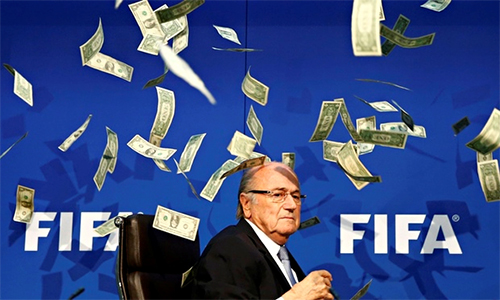 There is no shortage of subjects for this engaged intellectual work. Examples include:

Sport, then, needs sociology to be insistent in researching and raising these matters because, when there are inevitable and recurrent crises and problems, sports and those who fund, regulate and monitor them often have little idea of how to prevent or manage such discomfiting matters. Too often there is a facile and routine resort to public relations, scandal management, banal reaffirmation or projection of responsibility onto the wider society. Sociology can help guide sports organisations and policy makers in eschewing the superficial preoccupation with effect and neglect of cause that inevitably inhibit its development as a progressive social institution. In this task it can function as a constructively critical friend rather than as a sideline adversary.

Perhaps surprisingly in view of its obvious social significance, sociology has historically neglected and patronised sport. The most obvious explanation for this lack of concern is a residual hostility to the body and to working-class or popular culture among many intellectuals. This paradoxical suspicion towards everyday life can be countered by the sociology of sport vividly demonstrating the complex, multi-dimensional nature of popular culture, ranging from political economy to performative aesthetics. The sociology of sport is also a ready vehicle for the demonstration of sociology's contemporary relevance. It is not difficult to illuminate sport's sociological ramifications, especially through the mediated public sphere.

The particular focus of my work on sport has been its handling by the media and their combined reverberations across what I call the 'media sports cultural complex'. I did not start out as a sociologist who concentrated on sport or, in fact, on the main medium with which it is associated – television. But, urged on by my friend and colleague Geoff Lawrence – and he first and foremost a rural sociologist – I could no longer ignore the gaping hole in sociology that mediated sport should have filled. So I joined the small world club of mavericks who had the temerity to take sport seriously and then to criticise it, in the process challenging those sociologists who had specialised in sport only to treat it with functionalist kid gloves.

There have been some professional and personal costs of this association with the sociology of sport, and few people working in this area would not have felt the cold blast of condescension from brief and longstanding academic acquaintances. But, year by year, sport's stocks have risen within sociology, because even the most sport-resistant sociologist cannot fail – unless wilfully so – to see how increasingly pervasive in society and culture it has become. Sport presents sociologists of various stripes with popularly accessible material to work with – in the teaching context; in the writing of general and many specialist texts, and even of appealingly persuasive research grant applications; and in communicating with publics beyond the academy. Sociology ultimately needs sport, and not only for reasons of comprehensiveness. It is because, in constantly renewing its mandate as a vital (in both senses) social science, sociology can make through sport (among other key social phenomena) a compelling case for pursuing its historic mission of turning unexamined common knowledge into live, informed discourse and debate.

Future Directions for the Field

Sociology has a foundational interest in the structural relations of social power – social class, 'race' and ethnicity, sex and gender, sexuality, age, ability, and so on. Given the persistence of the structural inequalities associated with sport, it would be perverse and destructive to marginalise the relationship between sport and power. However, sociologists have to beware of becoming too formulaic and predictable, reflexively running overly-familiar lines and being pigeon-holed as terminal malcontents. Sociologists should not be grim-faced fun police. The sociological imagination must, by definition and inclination, be imaginative in its approach to the continuities and discontinuities confronting the discipline and its object of inquiry. It needs to embrace sport as popular pleasure as well as focus of critique. It should be properly sociological in grasping that sport is a dynamic socio-cultural phenomenon that cannot be frozen and returned to its imagined 19th century amateurist origins or to the mythologised folk play that preceded it. Sport is about movement and is itself perpetually on the move – and sociologists must move with it, while never losing their disciplinary bearings in the enduring concerns that first animated the sociological imagination at a time when organised sport, industrialism and capitalism were in their infancy.

A Selection of Sociology of Sport Publications by David Rowe