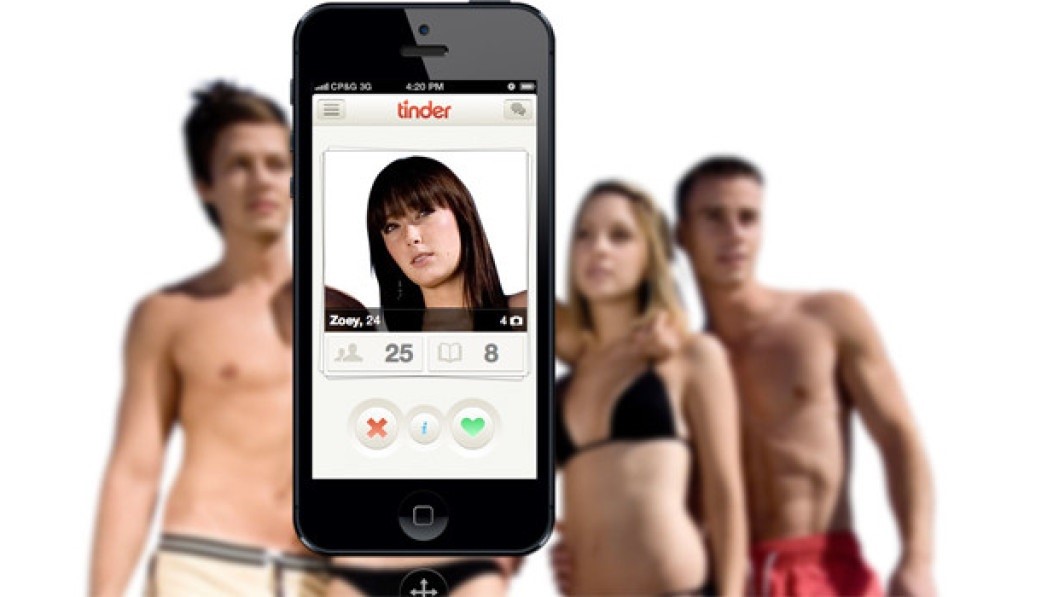 Tinder is a match-making 'dating' app that was launched in 2012, and has arguably become ubiquitous amongst young people seeking an alternative means for fun, flirtation, or hook ups in an increasingly networked society.

Late last year, I was interviewed by a journalist about how technology is changing the way we conceptualise and practice intimacy (opens in a new window). While willing to concede that Tinder is not the first technology to facilitate casual sex (Grindr was launched in 2009, and some websites even earlier, such as Adultmatchmaker), the journalist argued that Tinder sexualises girls into accepting we are in an age of instant gratification, and that self-worth is predicated upon how many "swipes" and messages we receive.

Social commentators have continued to hold concerns about Tinder, which will no doubt intensify after the alleged murder of New Zealand tourist Warriena Wright by Gold Coast local Gable Tostee earlier in the month. It was reported that Wright met Tostee on Tinder only hours before her death. When asked about his thoughts on Tinder, Australian psychologist and Young and Well CRC board member Dr Michael Carr-Gregg posited that young people should avoid Tinder altogether, saying "In my mind it's terribly superficial. It's based entirely on appearance. There's no depth to it and my advice would be to stay as far away as possible from it."

Generally, while pointing out the inherent risks associated with Tinder, commentary overlooks the benefits online technologies provide to young people, including those accorded to vulnerable young people. In response to a piece by the ABC last year, in which the social media platform Tumblr was cast as a "dark space" where young people congregate to assimilate dangerous knowledge on how to perform self-mutilation, bulimia, and suicide, Associate Professor Amanda Third and I co-authored an article for On Line Opinion (opens in a new window) that argued the relationship between risk, harm, and safety is complex; and that young people require exposure to risk in order to develop the digital literacy required to engage online safely.

I am of course not dismissing the dangers associated with meeting people online. What happened to Wright was tragic, and I have the deepest sympathy for all those affected. And while research has shown that technologies like the internet can indeed facilitate deception, I do have an issue with people framing online technologies as inferior to meeting people in physical settings (like a bar, or club), or as something which facilitates deception in a way that can be avoided offline. When you want to approach someone at a bar, you make a superficial judgement - are they attractive to you?  From there, you converse and learn about each other. Short of wiring that person to a lie-detector, how can you verify what you are told is any more legitimate in this setting than online?

In research I've conducted on young people who use Tumblr, many reported developing their own techniques to verify the legitimacy and honesty of the people they meet online. Tumblr blogs, for example, have an archive where anything posted by a user is catalogued in chronological order, the consistency of which is used as a barometer for an individual's authenticity and trustworthiness. In this sense, if a person was posting photos of themselves that don't match the photos in their archive, then it would be safe to assume that the user is behaving dishonestly, and is best avoided.

While wanting to avoid the cliché of referring to young people as "digital natives", they are more often the first to adopt new technologies, know what to expect, and how to have fun when using them. It is very possible that new forms of intimacy are emerging online, and our established understandings and presumptions about what can be taken for granted needs to adjust in line with this shift.