Sad music and depression: does it help? 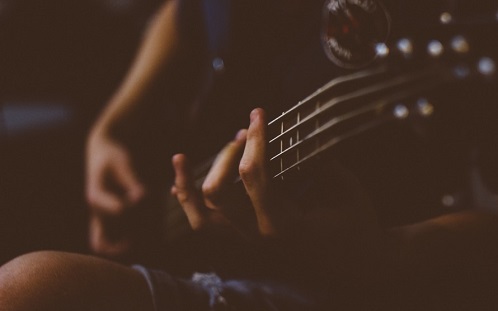 The following opinion piece by Dr Sandra Garrido, from the MARCS Institute was first published on The Conversation.

Depression and suicide are major concerns in the 21st century. The World Health Organisation estimates that over 800,000 people die by suicide each year, with the 15-29 age group particularly affected.

Interestingly, it is also when we are in our teens and twenties that music seems to play its most important role in our lives. Studies show that adolescents listen to music for approximately two to three hours per day, especially when feeling distressed.

This link between music use and depression in young people has led to music being blamed for the suicide of several youths. For example, in 2007 two teens in Melbourne committed suicide after months of posts on a social media site that documented their fascination with emo music along with their downward trajectory of negative thinking.

For most people, listening to music – even music expressing negative emotions like sadness or anger – can be an effective way to deal with their emotions. Across several studies involving more than 1,000 people, my colleagues and I have found that there are many ways that people can use sad music to help themselves feel better.

Some seem to just really get into the music and enjoy the emotional journey. Others can use the music for catharsis, to feel emotional connection with others, to help them work through feelings of sadness or think about how to overcome difficulties. Sadness is, after all, a healthy emotion to experience in response to sad events in our lives. It motivates us to think carefully about our situations and to make changes to improve our lives.

Depression is different, however. Instead of feeling motivated to make changes, depression tends to cause people to lose motivation. Rather than making them think more clearly, people with depression show diminished cognitive functioning on several domains.

The evidence suggests that people with tendencies to clinical depression also respond to music differently. We conducted experiments in which we asked people to listen to a self-selected piece of music that made them sad and another that made them happy. We then measured their response to the music.

We found that rather than feeling better after listening to sad music, people with high scores in rumination reported feeling more depressed.

For example, a person who has had a recent break-up might listen to Adele's Someone Like You, have a good cry, and then walk away feeling better, focusing on thoughts of moving on and becoming stronger through their experiences.

A person with a tendency to depression, however, might listen to the same song but focus on thoughts of how love never works out for them, or how they will never be able to fall in love with anyone else. Thus, instead of feeling better, their negative thought patterns are only deepened by listening to such a song.

In our study, all participants felt more depressed after listening to the sad song they had nominated.

For a healthy person this feeling is probably no more than a minor blip in their day and may even help them obtain some important psychological benefits along with way. For a person who is already severely, possibly clinically depressed, listening to music that makes you feel worse could be quite dangerous.

On the other hand, when we then asked our participants to listen to a piece of music that they knew made them feel happy, even those with high levels of depression felt much better.

For instance, one participant who suffered from a negative body image and negative self perception found that listening to the song What Makes You Beautiful by One Direction, made her focus on positive aspects of herself.

Why don't we just listen to happy music when we feel depressed then? Our study showed that even when people reported feeling more depressed after listening to sad music, they still tended to argue that the music had helped them. Other studies too have shown that some people persist in listening to music that is actually making them feel worse.

A lack of understanding about the effect of behaviour on mood is quite common in people with depression. In fact, people tend to argue that they are benefiting from ruminative behaviour in general, despite the strong evidence that it exacerbates depression.

However, our studies have found that some people – especially young people for whom music is so important – may benefit from therapies that help them become more conscious of the effect that music can have.

What this research shows us is that when we feel depressed, we may need to be careful about the music we listen to.

Pharrell Williams might be the last thing we feel like listening to when we are feeling down, but finding music that connects us with happy times in our lives or that emphasises positive messages could be just what we need to renew our energy and help us cope better.