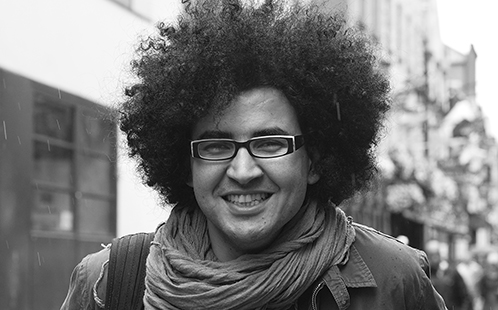 A Western Sydney University researcher has joined the ranks of an international non-profit organisation that will use science to mediate tensions and encourage peace between Western and Middle-Eastern nations.

Dr Ahmed Moustafa from the University’s School of Social Sciences and Psychology and MARCS Institute for Brain, Behaviour, and Development is a member of the advisory board of The Science Bridge (TSB).(opens in a new window)

TSB is a global initiative which brings together scientists from diverse cultures and nations to work on collaborative projects – including a project which will help diagnose and treat Alzheimer’s disease.

Published today in Neuron is the academic paper Building Bridges through Science (opens in a new window) – co-written by 100 of its members.

Dr Moustafa was one of only three Australian contributors to the Neuron paper, which he says will act as a proof of concept for The Science Bridge and communicate its objectives to the international scientific community.

The paper explores the historical foundations of scientific endeavour in Middle Eastern nations and posits that science “could be a potent mediator in today’s times and facilitate peace building and reconciliation.”

“The cornerstones of science are rational thought and reliable evidence as well as a constant willingness to challenge established dogma. This allows scientists to communicate in a space devoid of fundamentalism of nationalism that block a free exchange of ideas.”  (Neuron, 2017)

Dr Moustafa says this principle – of using science as a means to bridge cultural divides – creates a “win-win situation”.

“As an Egyptian living in Australia, I believe that enhancing East-West science collaboration is beneficial to all sides,” says Dr Moustafa.

“Through these measures we will aim to enhance collaboration among Eastern and Western scientists; make significant scientific advancements; and at the same time overcome intercultural challenges.”

The Science Bridge was founded by Mazahir T. Hasan, from the Achucarro Basque Center of Neuroscience in Spain.

The research goal of initiative is to advance the understanding of the brain – in particular how we remember, recall and forget. This overarching theme is a perfect fit for Dr Moustafa, whose own research interest lies in the field of computational cognitive neuroscience.

“Most of the patients I work with include patients with Alzheimer’s, Parkinson’s disease, depression, PTSD, or addiction,” says Dr Moustafa.

“I use mathematical calculations and computational models to study how the various structures of the brain impact cognitive performance – including reward learning, decision making, attention, and working memory.”

Dr Moustafa says the international collaborative work of The Science Bridge will create unique opportunities to further understand neurological conditions, such as Alzheimer’s.

“The lived experience of Alzheimer’s is very different across Middle Eastern and Western nations,” he says.

“In developing countries, Alzheimer’s is rarely diagnosed – people are just labelled as old, and the condition is disregarded a just a memory problem. Whereas In Western nations, where people tend to live longer and there are more medical inventions, the rates of diagnosis tend to be much higher.

“The Science Bridge will create collaborations where the health impacts of cultural difference can be more thoroughly explored.”

Dr Moustafa has recently published a paper on the genetic underpinnings of Alzheimer’s disease, in collaboration with Egyptian scientists, in Reviews in the Neurosciences. (PDF, 657.02 KB) (opens in a new window)