School of Humanities and Communication Arts 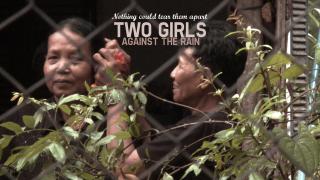 Documentary Media Day (DOCMedia Day) is a teaching & learning and industry engagement event created by the School of Humanities and Communication Arts at Western Sydney University. The purpose of this long-day event is to invite prominent national and international documentary film practitioners to Western Sydney, connect students with industry professionals, and showcase student work.

Since 2011 DOCMedia Day has associated with Antenna Documentary Film Festival which returns for its seventh edition on October 10-15 2017 with a rich and diverse program with the very best in non-fiction cinema from Australia and around the world, together with the Antenna DocTalk series, retrospective program, special events and international guests.

Among the award-winning directors and producers that have presented at past editions of DOCMedia day include: Michael Madsen (Denmark) in 2011; Pat Fiske and Mitzi Goldman (Australia) in 2013; Khaled Soliman (Palestine/Italy) in 2015; Mehrad Oskouei (Iran) and Molly Reynolds (Australia) in 2016.

IYABO BOYD is an independent film producer, writer/director, and the founder of Feedback Loop. Feedback Loop is a group of accomplished consultants serving documentary filmmakers in six key industry areas: Funding, Editing, Festivals, Distribution, PR/Marketing, and Impact. Iyabo is a 2016 Sundance Creative Producers Fellow and a 2016 Impact Partners Creative Producers Fellow, and the producer of the feature documentary For Ahkeem by Emmy-winning directors Jeremy Levine and Landon Van Soest. Iyabo previously held positions at filmmaker support institutions Chicken & Egg Pictures, Tribeca Film Institute, Hamptons Film Festival, and IFP. She has served on juries for DOC NYC, the IDA Awards, Cinema Eye Honors, and SXSW. Iyabo previously produced the fiction feature film Sun Belt Express which had its international premiere in Paris at the Champs-Elysée Film Festival in 2014 and is now available on VOD. In 2015, Iyabo started the Brown Girls Doc Mafia, a collective for women filmmakers of color. Originally from Denver, she graduated from NYU's Tisch School with a BA in Film & Television, and lives in Crown Heights, Brooklyn.

ANDREW CAVANAGH is a Melbourne based writer / director / composer and a graduate of the Victorian College Of Arts. Premiering internationally at Locarno, his film AT THE FORMAL has won numerous awards, including the Emerging Australian Filmmaker Prize at MIFF 2011 and Best Short Film at the 2011 Gijon International Film Festival. In 2013, His film MEN OF THE EARTH screened at prestigious festivals including Clermont Ferrand, Rotterdam and AFI Fest picking up prizes such as the Grand Prix at the Bordeaux IFF. As the winner of the Qantas Spirit Of Youth Award for Film and Video, In 2013/14 Andrew embarked on a one year mentorship with Hollywood director, Robert Luketic (Legally Blonde, 21, Monster In Law). Andrew's most recent film, WELCOME HOME ALLEN, was produced in 2015 with the assistance of Screen Australia. He is currently the Story Developer and Director at VICE AU/NZ and is represented by the Mosaic Media Group in Hollywood CA.

SUSAN DANTA is Head of Faculty, Australian Film Television and Radio School and an award-winning animator and educator with over fifteen years of experience in film and television. Her practice spans across traditional and digital techniques. Her award winning films “Heirlooms,” “Mother Tongue,” “Driving Home” and “Shadowplay” have screened at a number of international and local film festivals. These films were created using a variety of traditional and digital techniques and can be viewed on her website: SusanDanta.com. Susan has completed a Masters of Digital Media at the Australian Film Television and Radio School (2007) and a Postgraduate Diploma (Animation) at the Victorian College of the Arts (1999). She has exhibited at the National Portrait Gallery (animated self-portrait exhibition); Australian Centre for the Moving Image (Australian Culture Now); The 4th Gwangju Biennale, South Korea (Seeing There – Diasporic Sites); and the Smithsonian Institute USA (Animated Shorts Down-Under – An Australian Retrospective). Her motion  design projects have screened on SBS, Channel 10, Disney Channel and Foxtel and received nominations for the Sydney Design Awards (2012) and Promaxbda (2012). Susan is a professional member of the Australian Directors Guild, a   member of the Korea Research Institute, Script Assessor for the Australian Writers Guild.

JENNIFER PEEDOM is a BAFTA nominated director, known for her gripping, intimate portraits of people in extreme circumstances. Her credits include the internationally renowned documentaries MIRACLE ON EVEREST, LIVING THE END and SOLO, which played in the Official Selection of major documentary festivals including IDFA and Sheffield and won numerous awards including an AFI for Best Documentary (Australia's Oscars).Her feature documentary SHERPA, produced by Bridget Ikin (An Angel at My Table) and John Smithson (Touching the Void, 127 Hours), premiered at the 2015 Sydney Film Festival as the first Australian documentary ever selected for the Official Competition.SHERPA received rave reviews on the international festival circuit, including Telluride, Toronto, London Film festivals, winning multiple awards including the Grierson Award for Best Documentary at the BFI London Film Festival, the Australian Film Critics Circle Award, the Australian Directors Guild Award, several audience awards and a BAFTA nomination in 2016. The film screened at over 30 international film festivals and was released in theatrically in the US, UK, Australia and New Zealand. In Australia it has become the third highest grossing Australian documentary in history. In 2010 Jen was the inaugural recipient of the David & Joan Williams Documentary Fellowship which recognizes and rewards creative ambition, intellectual rigour and innovation in documentary cinema. Her latest theatrical feature documentary is MOUNTAIN, a cinematic and musical collaboration with the world-renowned Australian Chamber Orchestra (ACO), British writer, Robert Macfarlane and cinematographer, Renan Ozturk. The film premiered at the Sydney Opera House in 2017.

SOPHEAK SAO is a Cambodian filmmaker and Creative Director of MetaHouse "German-Cambodian Cultural Centre" in Phnom Penh. She has produced and directed a number of documentary films. In February 2013, she was the first Cambodian filmmaker to be invited to the Berlin International Film Festival "Berlinale Paronama" in Germany. Her film "Two Girls Against the Rain", was included as part of the 2013 International Documentary Film Festival Amsterdam (IDFA) and screened at numerous international festivals in Asia and Europe winning "Best Documentary Short" at KASHISH Mumbai International Queer Film Festival 2013 (India). Sopheak is also known as DJ "DJane Sopheak" a household name for digging up rare tracks by legendary singers Sinn Sisamouth, Ros Sereisothea, Pen Ron and many more Khmer rock musicians. She is also resident DJ in popular clubs in Phnom Penh of Khmer Rock & Roll and German techno music.

LISA DUFF has numerous award winning credits to her name, Lisa Duff’s producing career spans over 15 years n both drama and documentary. Her documentary credits include The Future Makers for Discovery Channel, and the critically acclaimed Sexing the Label. Her feature film credits include Last Train to Freo, Unindian, and Last Cab to Darwin (starring Michael Caton and the Academy Award® nominated Jacki Weaver). Lisa worked as an Investment Manager in Documentary at Screen Australia and currently works there as an Investment Manager in Drama Production.