In 2013, Ryan McMullan from the School of Social Sciences and Psychology impressed the judges most, winning the event against strong competition from across Western Sydney University.

The Runner Up and People's Choice Winner was Jenny Shanks from the School of Science and Health. 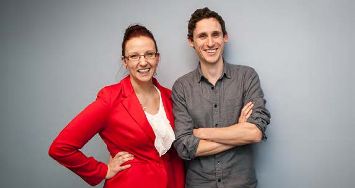 Thanks to the outstanding results of Tim Paris in 2012 who went on to win the overall 3MT competition, Western Sydney University was invited to host the Trans-Tasman 3 Minute Thesis Competition Final at the Parramatta campus. We warmly welcomed the finalists from all participating universities, along with their research supervisors, friends and family.

Congratulations to runner up:

In the video below, Tim Paris, Trans-Tasman 3MT winner from 2012, talks about his experience with 3MT.