The role of gender in health: meeting the needs of minority groups

Groundbreaking research by Western Sydney University is leading to the first services targeted at gay and migrant patients.

Gender and sexuality play an important role in health – certain groups are at higher risk of conditions such as sexually transmitted disease and cancer, and they are often marginalised by services. Yet there is little research internationally on how healthcare can best meet their needs. Their Australian-first research has led to increased awareness of the specific health needs of these groups and the development of information, services and guidelines to address them. 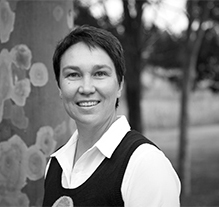 As a result of their work, a suite of cancer materials is being produced for LBGT patients and their carers, resources supporting sexual changes and fertility concerns after cancer have been developed and distributed, and Cancer Australia has produced professional guidelines for the acknowledgement and discussion of sexuality on the part of health professionals. Their research has been cited widely, suggesting it is reaching healthcare professionals internationally.

"Our research is about recognising the social and cultural context of health, and how certain individuals are marginalised in terms of services," Professor Ussher says.

"People's sexuality and identity, their conceptualisations of sexual health and their sexual practices are all relevant in terms of impact of disease on the body and the information we need to be providing."

Professor Ussher and Perz's research program consists of a number of interrelated projects. Through both qualitative and quantitative research, they are examining the impact of premenstrual distress in lesbian and heterosexual women, sexual and reproductive health in culturally and linguistically diverse women, and the reproductive and mothering experiences of Indigenous Australian women.

At the request of Family Planning NSW, which was concerned that recent migrant and refugee women were not accessing its services, they have uncovered the fears and cultural taboos held by these groups around sexuality and reproductive health. The next stage will be to work with Family Planning NSW to produce new policy and practice guidelines as well as health information that will be evaluated and distributed directly to these women.

The second area of Professor Ussher and Perz's research is around

sexuality, relationships and reproductive health in cancer survivors. They are examining gender differences in cancer carer distress, sexual changes across cancer types and stages for people with cancer and their partners, men's and women's experiences of fertility concerns after cancer, and gay and bisexual men's experiences of sexuality and identity change after prostate cancer.

Previous research has shown that there are higher rates of cancer in LGBT communities, possibly due to sexual practices and lifestyle choices, with Professor Ussher and Perz's research identifying that these groups have different kinds of support networks and relationships to heterosexual groups, and experience significant changes to sexuality and identity after cancer. However, their needs are seldom acknowledged by healthcare providers – in fact, many LGBT cancer patients report discrimination in the health system.

The patient resources that have been developed as a result of this research, distributed by organisations such as the Cancer Council NSW, Prostate Cancer Foundation of Australia (PCFA) and Breast Cancer Network Australia (BCNA), are the first in Australia to meet the specific needs of LGBT patients.