The Elders on Campus program links the University to Aboriginal and Torres Strait Islander communities across all campuses. It provides role models and mentors for cadets, trainees and staff and an avenue for community input into University governance.

The Elders on Campus group is comprised of highly respected community Elders, who are on-hand to advise and guide students in the context of employment.

The five critical components of the Aboriginals and Torres Strait Islander Elders on Campus program:

Elders on Campus Advisory Board Members

A Darug Elder, Founder of Darug Custodians Aboriginal Corporation and long-time resident of Oakville, Aunty Edna is an artist and storyteller who has made significant contributions to preserving the Darug language and to the wellbeing of Aboriginal and Torres Strait Islander people. Aunty Edna is a quiet achiever who is actively involved with Local Councils, NSW Department of Primary Industries, NSW Reconciliation, TAFE NSW and Western Sydney University.

Having developed a curriculum for NSW schools in Greater Western Sydney to revitalise the Darug language, Aunty Edna is well respected in the community and often referred to by Government and Industry on matters of protocol. As a keeper of the stories Aunty Edna dedicates her time to preserving this knowledge for future generations through art education which now features in the Art Collection and has earned Aunty Edna, a Western Sydney University Community Award.

Aunty Sandra is a proud Darug Elder and descendant of Gomebeeree, chief of the Boorooberongal clan of the Darug nation. Aunty Sandra continues to promote Darug heritage and culture with her family's centuries-old connections to the Blacktown area.

Aunty Sandra is the founder of the Burbaga Aboriginal Corporation not only recognises the Darug community and their Elders but also embraces all Aboriginal communities. Aunty Sandra visits many local schools to complement the work of teachers in the dissemination of Darug education.

As a member of Blacktown City Council and Holroyd Aboriginal Advisory Committee, Aunty Sandra receives constant requests for information from researchers, archaeologists and government. Aunty Sandra works with the Department of Community Services assisting with Aboriginal children in foster care and facilitates connections to the Aboriginal community.

In acknowledgement of her vast contributions to the area, In 2012, Aunty Sandra received a University of Western Sydney Community Award, was a joint winner of the Blacktown International Women of The Year award and also received Life Membership of the Western Sydney Community Forum. Aunty Sandra is a strong advocate of First Peoples sovereignty, changes to the Native Title legislation, education and the welfare of Aboriginal youth.

Uncle Harry has been awarded one of five prestigious Elders Awards by the Indigenous Higher Education Advisory Council for his lifelong contribution to higher education for Aboriginal and Torres Strait Islander people as well as the Western Sydney University Community Award in 2012. In 2013, Uncle Harry was a recipient of one of the Pauline McLeod Awards for Reconciliation promoting achievements of Aboriginal and Torres Strait Islander Veterans to the wider Australian Community. Uncle Harry's service contributions have also been recognised with the British Empire Medal, the Australian Service Medal 1975 – 1989, the Defence Service Medal, the National Medal, the Australian Defence Medal and a Certificate of Outstanding Service.

In 2014, Uncle Harry was the recipient of the 2014 Citizen of the Year Award by Bankstown City Council.

Aunty Fran is an ancestor of the D'harawal people and a descendant of the Bidjigal clan., Aunty Fran works tirelessly to teach traditional 'science' and promoting a deeper understanding of how to care for our natural environment. Aunty Fran is an educator of D'harawal knowledge and holds a Bachelor of Environmental Science. Combining the knowledge passed down through her Aboriginal mother with that from her University education has provided Aunty Fran with a holistic understanding of the environment.

In 2011 Aunty Fran was named one of the 100 most influential Aboriginal women of the last 100 years by the National Aboriginal and Torres Strait Islander Women's Alliance as part of their International Women's Day celebrations. Aunty Fran is an active member of Wollondilly Aboriginal Advisory Committee. In 2012, Aunty Fran received the Western Sydney University Community Award.

Aunty Noeline is a researcher and author whose qualifications include a Certificate of Health and Physical Practice, and an Advanced Diploma of Arts (Local family and Applied History).

The daughter of Norman Frederick Briggs (Graham) and Rita Joan Duncan, Aunty Noeline was born during the Aboriginal Protection era and was educated at the Moree Aboriginal Reserve School. She is a member of the Kamilaroi Nation Moree, the second largest Aboriginal nation on the eastern side of Australia.

Aunty Noeline has worked as Supervisor of Ethnic women employees at the Reserve Bank of Australia; a Personal Care Officer at Fairview Hostel for the Aged; Activities Director Fairview Nursing Home for the Aged; and Aboriginal Researcher at the Dhiiyaan Indigenous Centre, amongst other positions.

In 2011 Aunty Noeline became a recipient of the Order of Australia Medal. She is also the recipient of a NSW Government Heritage Volunteer Award.

A Bigambul man, Uncle Wes has lived on the lands of the Darug people for over 40 years and is known throughout the community for his Aboriginal culture and education.

Uncle Wes comes from a long line of storytellers and, in 2011, was the proud recipient of the first Nanga Mai Love of Learning award which celebrates and recognises innovation, excellence and achievement in Aboriginal education in NSW public schools, school communities and Department of Education and Training regional and state offices. Uncle Wes is a dedicated member of the Mount Druitt and Districts Reconciliation Group which has organised a reconciliation walk in Mt Druitt and is committed to helping those who have been incarcerated to get their lives back on track by assisting them to regain confidence to advocate on their own behalf.

Aunty Norma is a Kamilaroi woman who moved to Liverpool 35 years ago. A retired Social Studies, Textile and Design teacher Aunty Norma now donates her time to local community groups, including the Cerebral Palsy Association, Aboriginal Carers, South West Sydney Koori Interagency, NSW Justice Association and Liverpool Council Aboriginal Consultative Committee. Aunty Norma is also a member of various committees associated with education and has been a Board Member for South West Sydney Community Transport for over ten years. Aunty Norma is a member of the Gandangara Land Council, the Heritage Committee and the Aboriginal Consultative Committee.

Among the many prestigious awards for contributions to the community collected by Aunty Norma are Officer of the Order of Liverpool, Order of Australia Medal, The Premier's Seniors Achievement Award, the Federal Government's Seniors Achievement Award and Liverpool Citizen of the Year 2011. Aunty Norma has been included in 'Who's Who of Australian Women' for the last seven years, received NSW Schools Nanga Mai Award celebrating excellence in Aboriginal Education and Training and also the Liverpool City Council 'Volunteer of the Year' award. In 2012, Aunty Norma received the Western Sydney University Community Award.

Uncle Greg Simms is well known as an activist for reconciliation, a traditional woodcarver, a storyteller and an educator of Aboriginal culture. Uncle Greg's ties to the Aboriginal community of Greater Western Sydney are through his ancestral links to the Gundungurra (waterdragon lizard people) of the Blue Mountains and the Gadigal (whale people) of the Darug nation.

Growing up in La Perouse and now a resident of Greater Western Sydney, Uncle Greg is a Community Liaison Officer with Ability Options which provides employment services specifically to Aboriginal people with a disability or health condition.

Uncle Rex was born in Burra-Bee-Dee out of Coonabarabran and lived on 640 acres near Forkie Mountain. At age 16 Rex moved to Quirindi and joined the railway on full adult pay. During his 30 years working for the railway Uncle Rex was the first Aboriginal to be elected to the Rail, Tram and Bus Union.

Now retired, Uncle Rex sits on a number of Boards including the Heritage Society, is an Ethics Committee Member and sits on the Western Sydney University Aboriginal and Torres Strait Islander Employment Strategy Consultative Committee. Priorities for Uncle Rex include ensuring equitable governance, policies and access for all Australians to education, employment and well-being.

Originally from Jerrinja on the south coast and from the Wandi Wandian people, Uncle Ivan has an extraordinary insight into the needs of his people and is committed to sharing his culture and knowledge with his community. In the book, 'Old Feet/New Paths' transcribed by Michelle Bishop, Uncle Ivan tells his stories.

Putting in many hours as an Aboriginal mentor for the Juvenile Justice Department, Uncle Ivan also assists as a mentor to the Aboriginal and Torres Strait Islander students on the Campbelltown and Bankstown Campuses of the University. Uncle Ivan is committed to the Aboriginal culture of caring and sharing and, in 2011, was recognised for his volunteer work with the people of South Western Sydney when presented with the Social Housing Volunteers award. In 2012, Uncle Ivan received the Western Sydney University Community Award. 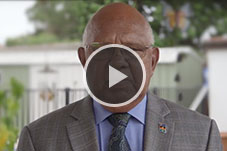 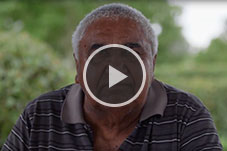 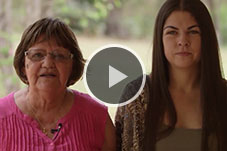 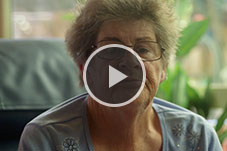 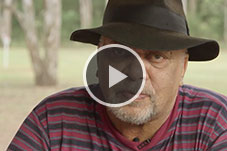