Women of the West honoured on International Women’s Day 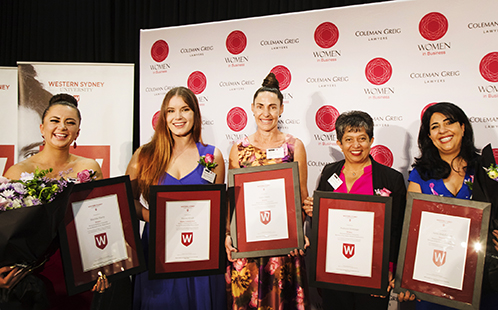 Western Sydney University is delighted to announce the winners of the 2019 Women of the West Awards.

“The 2019 Women of the West Awards brought together a group of exceptionally driven and talented women who have all had a huge impact on western Sydney,” said Professor Kirkpatrick.

“Through their spirit, dedication and determination, these women are making the future of western Sydney brighter and we are proud to celebrate their achievements today.” 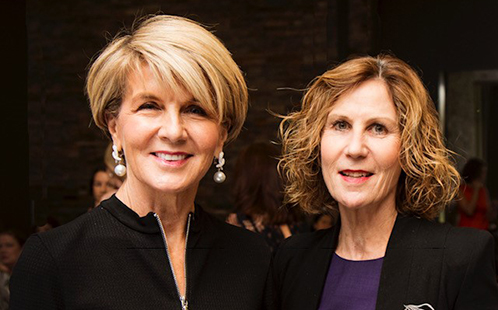 Azita Abdollahian, Woman of the West (Business), was recognised for her work addressing homelessness and domestic violence. The Iranian refugee and self-made businesswoman holds senior leadership positions in many community organisations and is Director of Bebe’s Hair and Beauty.

Two inspiring women were selected as winners of the Woman of the West (Community) Award.

Padmini Howpage is the Director of Psychiatry Services at Mind Connections and the Founder of the Positive Vibes Foundation. She has a special interest in community-based prevention programs and her work is focused on addressing the stigma attached to mental illness.

Jodie Amor is the founder of Pink Finss Charity, set up to educate and provide tailored assistance to women and families dealing with cancer in the Hawkesbury. Through Pink Finss, Jodie has raised over $1.2 million in support of her community. 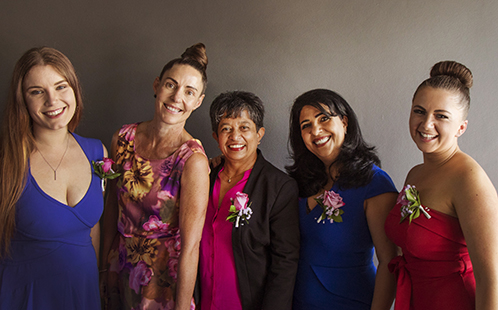 The selection panel was also very impressed with the candidature of the Young Woman of the West Award, recognising two deserving young women.

Matilda Harry, who was awarded Young Woman of the West, is a current Western Sydney University student and a recipient of the Vice-Chancellor’s Leadership Scholarship. She is an Aboriginal woman from the Hawkesbury region, an Australian Indigenous Mentoring Experience (AIME) mentor, an ambassador/member of the Ngarra National Park Aboriginality Program, and a volunteer for Anglicare Australia and Riding for the Disabled Australia.

Naomi Kroll, who received a Highly Commended prize is also a current Western Sydney University student and founder of the Plastic Lid Project, an art initiative which engaged over 4000 community members to recover over 20,000 plastic bottle tops from waterways. Naomi is also co-founder of the Sock Syndicate, a social enterprise which has assisted over 540 community members experiencing homelessness in western Sydney.

“It has been such a wonderful experience to help share the inspiring contributions that each of our Women of the West Award nominees has made,” said Ms Hutchinson.

“Each of the women that we’ve been introduced to today as part of this year’s awards have gone above and beyond, and in doing so really have shown that one person can make a tangible difference to the lives of others. On behalf of Coleman Greig, we congratulate each and every one of them.”