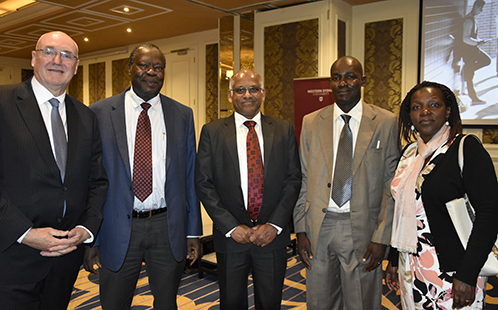 “This visit will deepen the educational and research partnerships between universities in Africa and Australia. I anticipate an intensification and broadening of interactions between Western Sydney University and key institutions in this region in the next few years,” Professor Glover AO said in Nairobi today.

As part of the trip, Professor Glover will also meet up with Godfrey Mudhune, who is a leading epidemiologist in Laikipia, an Australia Awards Winner and Western Sydney University alumnus; and will attend a formal reception with the High Commissioner, Austrade.

Formally constituted on 1 January 1989 and celebrating its 30th anniversary this year, Western Sydney University has grown to become one of the world’s leading universities and the largest, most established higher education institution in Western Sydney, with more than 48,000 students, 3000 staff and a cohort – both locally and globally – of more than 190,000 alumni. More than 20,000+ of the University’s alumni are working overseas in 128 countries.

With the third largest economy in Australia, behind the Sydney CBD and Melbourne, the Western Sydney region’s population is the fastest growing in Australia – by 2030, it will be greater than the rest of Sydney – and currently more than 150 of the nation's top 500 companies are located here.