Western students kick-off their careers with the GIANTS 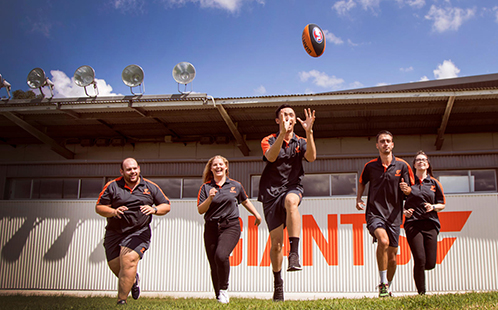 Seven students from Western Sydney University’s School of Business will each complete a 120-hour internship at GIANTS HQ — a high-performance hub in Sydney Olympic Park for the GIANTS players and professional staff.

Blacktown resident Tamara Savage, a 19-year-old studying the Bachelor of Business majoring in Sports Management and Public Relations, is based in the Membership and Ticketing Department and has found no two days are ever the same.

“Interning with the GIANTS has been a great experience. I have gained hands-on skills and an understanding of what running an elite club really takes,” said Tamara.

“Western Sydney University partnering with organisations like the GIANTS allows students like me to kick-start their careers in Sport Management while they study.” 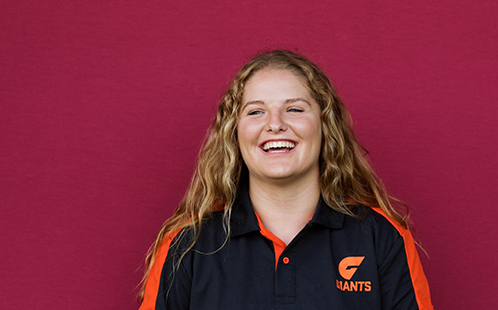 Pymble resident Rowan Choi, a 19-year-old who is studying the Bachelor of Business majoring in Sports Management, found his enthusiasm for sport gave him the edge in his application.

“I try to be highly active in my chosen sport, whether it's coaching, playing or volunteering at my club. Being constantly involved shows you are passionate and willing to work hard,” said Rowan.

“These sorts of internships at big sports clubs are invaluable. They are a great opportunity for students to branch out and make connections with industry professionals, gaining experience you would not get anywhere else.” 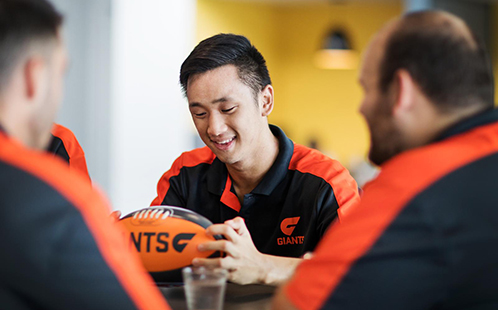 Both students are heavily involved in sport, with Tamara playing a range of sports since she was three-years-old and Rowan with dreams of reaching the National Basketball Association League, but found this was not the only important quality the GIANTS were looking for.

“The team explained on our first day that you don’t need to love the GIANTS or even follow the Australian Football League to be successful in that industry and with them, only that we needed to work hard and be interested and involved in the work we do — although they did stress that we would all become fans of the club from now on,” said Rowan.

“Western Sydney University and the GIANTS have a relationship that extends back to the club’s formatives years and we are proud to continue this relationship and provide an avenue to help foster and develop the skills of Western students,” said Mr Avery.

“The current cohort of interns have fitted into our business seamlessly and are already contributing significantly to the successful operations of the club.”