Universities unite to deliver a positive prognosis for Liverpool 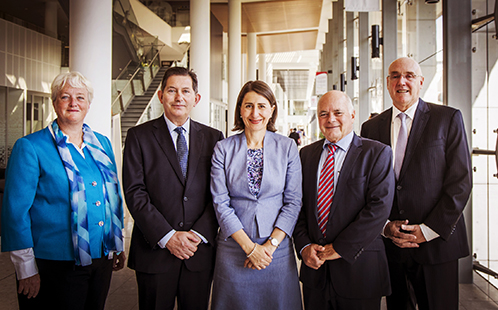 A commitment to develop the world-class Liverpool Innovation District has been announced with Western Sydney University, UNSW Sydney and the University of Wollongong agreeing to collaborate and work alongside the Ingham Institute and the South Western Sydney Local Health District.

The joint-agreement was formalised with the signing of a Statement of Intent at Liverpool Hospital, with all parties committing to deliver a sustainable, integrated and world-class health and education precinct for region.

Western Sydney University Vice-Chancellor and President, Professor Barney Glover AO, highlighted that collaboration is the key to success for this regionally, and nationally, transformative project.

“Working in conjunction with such key institutions, we are assured of attracting and retaining world-class people and innovation to Liverpool, which could deliver 15,000 university students, 1000 direct jobs, plus 500 secondary jobs to Liverpool within a decade.

“The flow-on benefit to the region is likely to exceed $100m per annum. The NSW Government’s investment of $740m provided the certainty necessary for a collaboration like this to arise.”

The Statement of Intent is also an early fulfilment of a fundamental commitment made in the University’s decadal strategy, ‘Western Health’, which emphasises the centrality of partnerships in meeting the health challenges of the region in the next 20 years.